But the political battle will turn on framing the debate. Is it about a tax grab or tax fairness? 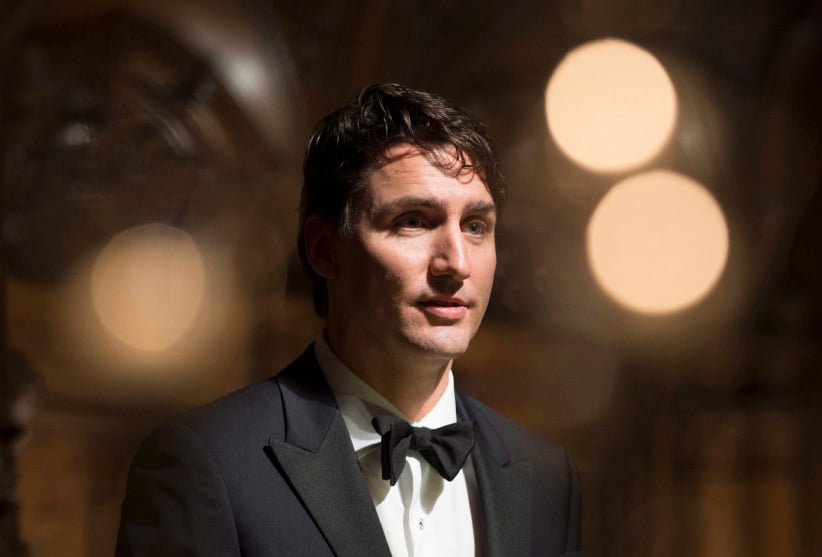 There’s a school of thought around Parliament Hill that Prime Minister Justin Trudeau and Finance Minister Bill Morneau have stumbled unwittingly into the battle now raging over their proposal to seriously tighten up the rules on small-business taxation.

The assumption is that they couldn’t possibly have been so reckless as to invite the hurricane of opposition that’s grown to category five since Morneau put out his proposals, back in July, to restrict the tax advantages open to professionals and entrepreneurs who manage their finances through what’s called a Canadian Controlled Private Corporation (CCPC).

And it stands to reason that Trudeau and Morneau didn’t expect the ensuing debate to turn quite this intense. Still, there’s also recent history that strongly suggests Trudeau and his inner circle aren’t uncomfortable positioning themselves as bent on bringing the well-to-do down a notch or two.

Way back in the winter of 2014, when he was sketching the broad strokes of his agenda as the new leader of the then third-place Liberals, Trudeau spoke in Montréal about how pro-free market economic orthodoxy, put into policy by successive governments over the past few decades, was favouring the rich too much.

“The original promise of that agenda was that everyone would share in the prosperity that it creates. It hasn’t happened,” he said. “That’s not a political point. It’s a fact. And if we don’t fix that, the middle class will stop supporting a growth agenda.”

So, is Morneau’s controversial plan to reform small-business taxation a legitimate part of the fix Trudeau envisioned? The changes the finance minister floated in July are too complex, the final details too uncertain, for the answer to be simple.

He set out three aims, none of which small business owners were ever going to like: limiting their ability to “income sprinkle,” or split income with family members who are in a lower tax bracket; making it harder for them to reduce the tax on their business income by converting it to capital gains; and hiking the tax on income they reap from so-called “passive investments,” like bonds or mutual funds, held by their companies.

Controversy swirls around all three pillars. But the much higher tax rate on passive investments is, so far, generating the angriest outcry. Morneau’s justification, put very briefly, goes something like this. The tax advantages enjoyed by small firms are meant to encourage them to do business—especially to pour money back into the company itself—not to shelter retirement savings. Time to take away that unintended tax break, while leaving in place the advantages for actively investing in the enterprise.

The obvious question this raises is how small business owners are supposed to save for retirement. The government’s answer seems to be that if business owners find the new tax rules make saving inside their businesses unattractive, they can always pay themselves salaries, and save outside their companies in the same Registered Retirement Savings Plans and Tax-Free Savings Accounts available to individuals who earn salaries.

It’s a thought. The sticking point, though, is that combined RRSP and TFSA room isn’t unlimited—it maxes out at about $37,000 a year for an individual making about $150,000. And some small-business owners are now making and saving much, much more than that. But, Morneau claims, not that many. Of the 1.8 million CCPCs, he estimates only about 90,000 earn and passively invest so much that they stand to lose out under his proposal.

Thus, Morneau’s key claim is that he is only trying to squeeze more taxes out of a well-heeled minority of small-business owners, those who earn more than $150,000—the threshold above which RRSP and TFSA shelters can’t match the benefits they now enjoy under the small-business tax rules.

Morneau’s opponents scoff at his comparison between the circumstances of Canadians who earn paycheques with those who own businesses. “RRSPs are a terrible tool for small business people, and that’s why many don’t use them,” Ottawa MP Pierre Poilievre, newly minted Conservative leader Andrew Scheer’s pick as finance critic, said in an interview.

Poilievre said the main problem is that owners know they would have to pay tax to withdraw RRSP savings if they need cash in a hurry. “And businesses need to be able to withdraw their cash in savings on a moment’s notice, in the event that there’s a fire at the premises that’s not entirely insured. There’s a sickness among one of the leading members of the business. Or if you’re a farmer and your fields are flooded, or there’s a drought, you need that money now, and you can’t afford to pay RRSP penalties on it.”

This debate is highly technical. Tax experts are hashing over every nuance. In the political sphere, however, Poilievre’s way of framing it suggests the terms are simpler. Is this about a tax grab that will make it harder for all small business owners to put aside money, both to run their companies and save for themselves? Or is it, as Morneau says, about making a small minority of rich small-business owners pay their fare share of taxes?

Morneau has at least this key advantage: He has left plenty of room to adjust his tack over the next few weeks, as consultations on his summer proposals wrap up. “We are listening carefully to business owners, experts, and professionals to make sure we get it right,” said Dan Lauzon, his spokesman. “And we are open to making tweaks to ensure we fix the system properly.”

Strategic tweaks might matter a lot. But they’ll have to be only tweaks to avoid undermining the aim Trudeau set out way back when—to rebuild the Liberal brand around the broad theme of battling inequality. If they can sell this policy package that way, and don’t lose control of the narrative, his government will probably judge this a fight worth waging.