Politics Insider for Jan. 9: Canada reacts to a tragedy in Iran, Trump moves on and Tory sources just keep on chattering 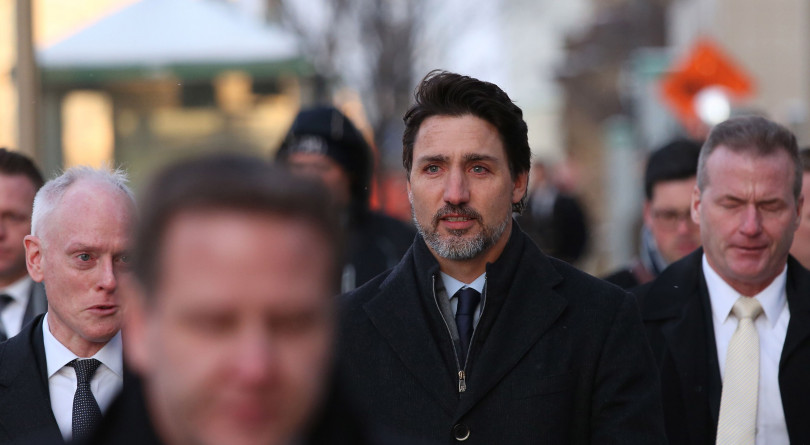 Justin Trudeau offered a sobering image to reporters gathered at the National Press Theatre in Ottawa. The Prime Minister said 138 passengers on Ukrainian Airlines Flight 752, which crashed shortly after takeoff in Iran yesterday, were ultimately bound for Canada. When the connecting flight arrived at Toronto’s Pearson Airport, those seats were empty. Sixty-three Canadians died, and dozens more passengers were on the way to Canada. Read a transcript of Trudeau’s remarks here.

Maclean’s tracked all the latest developments in the aftermath of the Flight 752 disaster. Here’s everything we know so far about what happened.

The cause of the crash remains unknown, but it occurred shortly after Iran’s retaliatory air strikes on two U.S. air bases in Iraq. South of the border yesterday, Allen Abel surveyed U.S. President Donald Trump‘s reaction to those missile strikes, which caused no fatalities and little damage. Americans, Trump declared, should be “extremely grateful and happy.” “Iran appears to be standing down,” he added. (Trump did not mention the airliner crash.) The Dow Jones rose sharply as the president addressed the nation, and the business of government moved back to the matter of impeachment. But Abel reminds us of the spectre of foreign hostility in a certain other Middle Eastern nation.

A day earlier, Supreme Leader Vladimir Putin had climbed down his client Bashar al-Assad’s chimney for a Russian Orthodox Christmas visit to Damascus, lighting a candle with the Patriarch of Antioch while, in Aleppo, thousands of Putin’s “liberated” Syrians chanted “Death to America.” [Maclean’s]

Canada would like a government now, please: Paul Wells canvasses all the inactivity in Liberal Ottawa since the last election and concludes the governing party has inadvertently championed small government (though not that kind of small government):

Jane Philpott, a former cabinet minister who had a reputation for getting things done in Ottawa, writes with Samantha Green in Maclean’s that climate change is the world’s biggest public health threat. For solutions, Philpott and Green look to another threat to global health: “There are lessons to take from AIDS that are applicable to the climate crisis.” One lesson? Canadians have to convince political leaders to take action, because politicians won’t act on their own. [Maclean’s]

A mini-scoop: The National Post‘s John Ivison, seemingly satisfied by his Conservative sources’ insider cred, reports that Jean Charest, the former Quebec premier and Mulroney-era cabinet minister, will run for the Tory leadership. He’s led a conservative team once before, of course—that one had progressive in the party name—but a bunch of right-leaners might be curious about the premier’s 14-year turn as the leader of provincial Liberals.  Meanwhile, the Globe and Mail reports that Charest “has been acting as a consultant to Huawei Technologies Co. Ltd. in the Meng Wanzhou extradition case and the tech giant’s efforts to participate in Canada’s 5G wireless networks.” [National Post]

In the battle of anonymous sources, another whisperer “close to Charest” tells CBC News the Quebecer hasn’t yet made up his mind. “Some have speculated,” writes Hannah Thibedeau, that fellow former PC leader Peter MacKay won’t throw his hat into the ring until Charest decides either way. Yet another source, this one “in MacKay’s camp,” disagrees and tells Thibedeau one man’s decision has no bearing on the other. Stay tuned, no doubt, for more insider source-ry tomorrow. [CBC News]

Underestimate Poilievre at your peril. A man who was born in the West, speaks good French, and cut his teeth in Ontario politics is a decent mix of political skills. If Poilievre can demonstrate he’s grown wise with age he has a very good shot.

Government innovation? If your local city hall or parliament isn’t typically known for innovation, John Lorinc wants you to know that there might be a reason for that. One tech non-profit was blunt in his assessment of the i-word as it applies to, well, anything: “Innovation is a bulls–t word. In many cases, it’s deliberately not meaningful.” [Maclean’s]