In the wake of a fire, John Pearson dreamed up a new Centre Block. But its true master of plaster was wrongly named—until now. 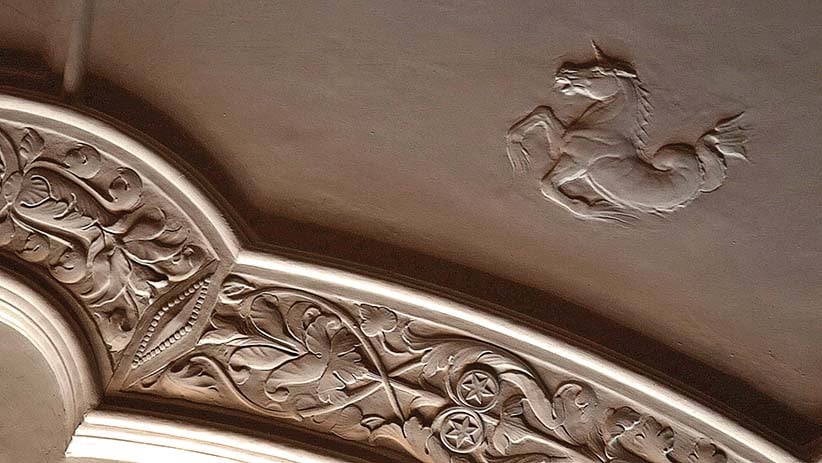 A nautically-themed detail on the ceiling in the Prime Minister’s office on Parliament Hill. (Photograph by Carla Antonio)

Little is known about the expert artisans, from carvers to muralists, John Pearson enlisted to make his Centre Block masterpiece come alive. When it comes to who created the most elaborate plasterwork—including the ceiling of fantastical sea creatures in the prime minister’s office—the wrong man seems to be getting the credit.

Official Parliament of Canada materials repeatedly identify Pearson’s master of plaster as Enrico F. Cerracchio. He’s credited, for instance, with the Commonwealth Room’s “superb cartouche ornament in which two satyrs display a Turkish pipe, or hookah, in the middle of a wreath of packed fruits and leaves.” The problem is that Cerracchio, who immigrated to the U.S. in 1900 and died in 1956, was sculpting in Texas in the early 1920s, casting major bronzes, like Sam Houston on horseback, which stands at the entrance to Houston’s Hermann Park.

Texas to Ontario struck Maclean’s as an improbably long commute for that era. So we went looking to see if the attribution might be mistaken, and found a compelling alternative candidate: Ferdinand L. Cerracchio, also an Italian immigrant, but apparently no relation to his Texan namesake, was a New York City sculptor in roughly the same period. His great-niece, Laura Rush, of Manahawkin, N.J., provided a wrinkled 1943 clipping from the long-defunct New York Sunday Mirror that says the colourful character she remembers as “Uncle Freddie” indeed worked on Canada’s Parliament Buildings. 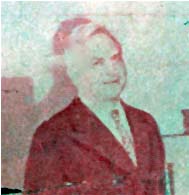 But that old Mirror story isn’t mainly about Cerracchio’s decades as successful artist. It’s about how, in middle age, he gave up sculpting to open a hot Manhattan restaurant, El Borracho, in partnership with, among others, a former nightclub singer described as an “oomphy brunette.” That was Freddie’s crowd. “He was a bon vivant,” Rush recalls, although she was only a little girl when he died in 1964. She says he drove a yellow Cadillac and, though never married, was known to be involved with his restaurant’s hat-check girl, and earlier, according to family lore, Mae West.

Johanna Mizgala, the curator of the House of Commons heritage collection, looked into our case for Freddie Cerracchio, not Enrico, and said in an email, “I’m inclined to agree on this one.” She says the mistake was likely made by House researchers in the 1980s or ’90s. On the veracity of the Mae West story, Mizgala did not offer an opinion.