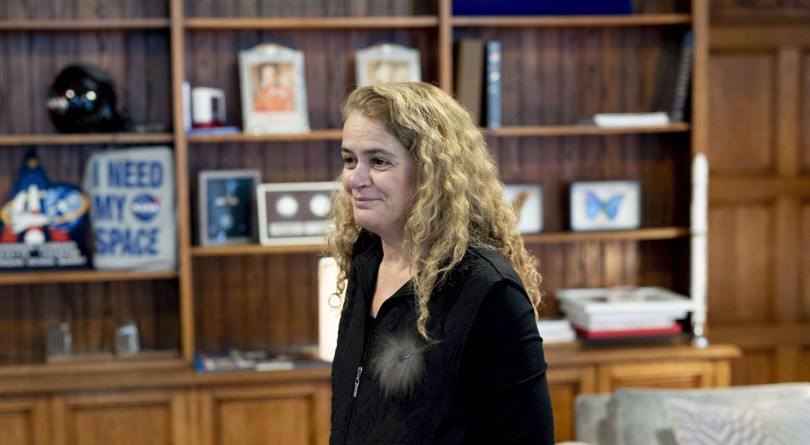 Of all the departments, agencies and branches of the federal government, the Governor General’s service looks, from the outside at least, among the most idyllic—a bastion of decorum, tradition, and ceremony.

But the latest edition of the government’s annual Public Service Employee Survey—a massive probe of bureaucrats’ workplace experience, filled out by more than 160,000 federal workers with results released earlier this year—found signs of a troubled atmosphere behind Rideau Hall’s vice-regal façade.

Last year’s survey was the first to ask several detailed questions about harassment on the job. Way down the list of questions, No. 48 asks respondents if they’ve experienced harassment in the past 12 months. The survey defined harassment as “any improper conduct by an individual that is directed at and offensive to another individual in the workplace” including comments or acts that “demean, belittle, or cause personal humiliation or embarrassment, and any act of intimidation or threat.”

Overall, more than 24,000 federal public servants say they were victims of harassment in 2018, perhaps the darkest element of findings that also speak to daily stress levels, frustrations with bosses, and annoyance at not getting paid (or, as in many cases throughout the Phoenix pay system fiasco, being paid too much).

The questions that follow seek more detail. Who’s doing the harassing? What did it entail? How was it dealt with? Another set of questions digs into the ethics—or lack thereof—among senior managers, as well as confidence in those bosses among the ranks. Treasury Board Secretariat, which oversees the data collection, also breaks it out by dozens of departments and agencies. Some perform well. For example, 88 per cent of the information commissioner’s office are proud of the work they do.

But other departments set off alarms, and the 2018 survey most notably raises questions about what it was like to work at Rideau Hall in the first year of Governor-General Julie Payette’s term. More than two-thirds of Payette’s team, 112 out of 157 Rideau Hall employees, filled out the survey—and 29 of them reported harassment. Forty-two per cent of those who said they were harassed pointed the finger at co-workers, but 71 per cent blamed their superiors (employees could select multiple options). Two-thirds said harassment took the form of an offensive remark, 55 per cent said aggressive behaviour, and 49 per cent cited excessive control.

Rideau Hall’s senior managers used to outperform their counterparts across the rest of the public service. They beat the average on marks for ethical behaviour and timely decision making in 2017. Only 57 per cent of senior managers overall had the confidence of their staff, and Johnston’s Rideau Hall beat that by 10 points. Last year, as the overall federal numbers remained steady, Payette’s staff notably soured on their experience.

In a statement, a spokesperson for the Office of the Secretary to the Governor General (OSGG) said the office “has been focused on continuous improvement in supporting the health and wellbeing of our employees, and the 2018 Public Service Employee Survey results provided an even more detailed roadmap of where our efforts should be spent.”

The OSGG is led by the secretary and splits into three branches: policy, program and protocol, which facilitates events and visits; the Chancellery of Honours, which recognizes Canadians with the Order of Canada and other decorations; and corporate services, which includes human resources and information technology.

Maclean’s had asked if senior managers faced any consequences for their actions in 2018. The office’s statement said: “We have continued to build on measures already in place to address matters that mean the most to our employees to ensure a healthy, modern and innovative workplace. Accordingly, training for all employees and managers has been provided on topics such as respect in the workplace and mental health.”

The survey does not name names, and there is no suggestion that Payette or any senior manager in particular was singled out for harassing behaviour.

Rideau Hall was not alone in its challenges. At the Department for Women and Gender Equality, formerly Status of Women Canada, 29 of 126 employees who filled out the survey reported harassment last year. Almost one-third of Correctional Service Canada’s respondents—as many as 2,325 employees—reported the same. Both of those departments also fall far below public service averages on employees’ confidence in senior managers. Only 41 per cent of supervisors at Women and Gender Quality said they “receive the support they need from senior management to address unsatisfactory performance issues” on their teams. That was down from 64 per cent in 2017 and 95 per cent in 2014.

The Governor General faced a spate of bad press last year. The National Post quoted numerous anonymous sources who complained about Payette’s perceived inability to adapt to her new role after her appointment on Oct. 2, 2017. They pointed to the office’s reduced workload and Payette’s initial challenges with Rideau Hall protocol. Last January, the Post published another story in which Payette received mixed reviews—she’d ratcheted up engagements and was more active on social media, part of a concerted PR effort, but also reportedly “micromanaged” the Order of Canada selection process. More recently, CBC News reported Payette had no plans to move into the recently renovated Rideau Hall—instead opting to live in a smaller, more private residence nearby. A Governor General’s typical term runs five years, though they can be extended.

This summer, public servants will once again be asked to grade their colleagues and bosses. If Rideau Hall has righted the ship, the next survey results should tell that story.