Unions vs. Harper Conservatives in key ridings across Canada 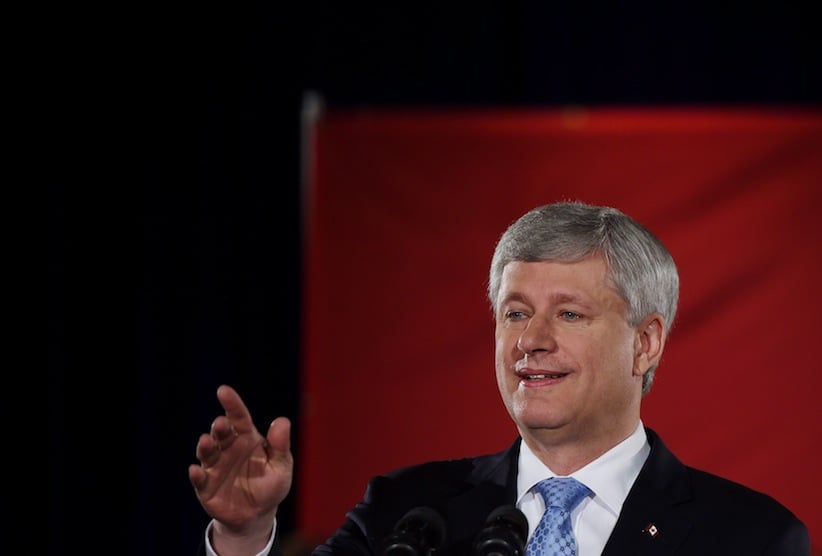 MONTREAL — Canada’s largest unions say if enough of their members vote strategically in key ridings across the country, Stephen Harper and the Conservatives will not get a fourth term in office.

The anti-Harper strategy requires a highly organized communications attack that will give the union-selected candidate in a targeted riding the ability to use scarce election resources more freely.

Workers say their assault will begin shortly after Labour Day and will be the culmination of months of preparation.

Union heads have been training workers across the country on election campaign basics while collecting data through polling and focus groups on which ridings to target and what messages resonate most with voters.

Two main organized labour groups leading the charge are the Quebec Federation of Labour, which will focus on French Canada, while Unifor will be a major player in Ontario and in the rest of the country.

QFL secretary Serge Cadieux said the plan starts with the union calculating how many members it has in key ridings where the Conservatives won in 2011 or could win this time around.

The number of union votes in certain ridings can be significant: the QFL boasts a membership of 600,000 people in Quebec while Unifor claims to be the country’s largest private-sector union with a membership role of 305,000 people.

Offering to contact thousands of people in a riding on behalf of a candidate is a precious time-saver, Cadieux explained, and allows the lucky party to concentrate limited resources elsewhere.

Cadieux said the federation will support any party — be it the Liberals, NDP, Bloc — which has the best shot at winning the riding, in order to keep the Tories out.

Unifor President Jerry Dias said his union’s strategy outside Quebec is similar. However, his people will be supporting all the incumbent NDP candidates.

Dias said his union will focus on ridings with a “critical mass” of unionized voters, and will be encouraging strategic voting in ridings without NDP incumbents.

“We don’t believe we can just tell our members how to vote,” he said. “We are going to be very active — very active — on getting out Harper’s record. Our whole strategy is engaging our members so that they’ll participate in the democracy of our country.”

Dias said unions used polling companies to collect data on voters who chose the Conservatives in 2011 by relatively small margins and could swing to the Liberals or the NDP this time around.

Part of that data was collected by Engage Canada, an anti-Harper organization known as a third party. Third parties are not affiliated to political parties but can campaign for certain issues by collecting donations. Third parties face strict limits on advertising spending during election campaigns but can spend virtually unlimited amounts of money before Parliament is dissolved.

Much of Engage’s money came from unions, sources said, which was neither confirmed nor denied by the organization.

“Engage Canada received donations from across the country ? We did approach the unions and are very grateful for their generous support of our campaign,” a spokesperson responded by email.

Dias said Unifor was “a major supporter of Engage — we played a significant role. There is no question there was significant money raised but I won’t get into it.”

The research conducted by Engage will be used by unions in the targeted ridings, Dias said.

“Engage was incredibly effective,” Dias said, at convincing former Tory supporters to reconsider their prior choice.

The research (Engage conducted) “was about identifying the issues that Harper is weak on. He’s vulnerable on health care. He’s very vulnerable on the economy,” Dias said.

Unifor and the QFL’s invective towards Harper hasn’t gone unnoticed by the Conservatives.

Lebel, in a message to Conservative supporters, said the QFL has “secretive plans to target and defeat Conservatives. Even worse, they are working with other union groups to defeat Conservatives in 60 ridings across Canada. This is a clear attempt to return to the days when big money and secretive third parties influenced Canadian democracy.”

Hassan Yussuff, president of the Canadian Labour Congress, said he is convinced this strategy will work — if members vote.

“The reality is we represent 3.3 million workers and if you add one family member to that equation, you’re looking at potentially 6 million votes,” he said. “If they go out and vote and bring their family along … there is no question we’re going to change the outcome.”

Dias said the messaging to Unifor members will focus on what he said were the Conservatives’ attacks on unions, the government’s scaling back of health care funding and what he said was the poor performance of the Canadian economy.