‘Voting day has been changed!’ 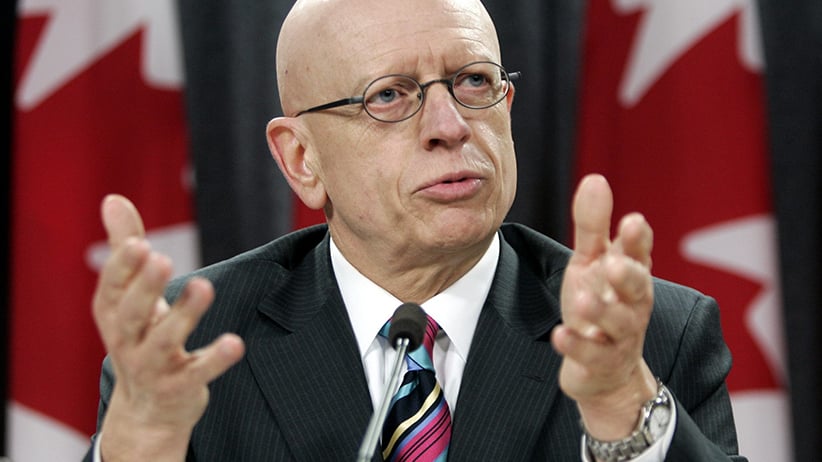 Peter Harris, executive editor of the Everything is Political radio show, interviewed former Chief Electoral Officer Jean-Pierre Kingsley. This is an edited transcript of that conversation.

Q: This week Jim Bronskill of the Canadian Press got his hands on an internal document from Elections Canada warning about more sophisticated ways of using robocalls, mail-outs and information to suppress voters. Remember Pierre Poutine? That’s what they’re watching out for. What does Elections Canada need to watch for? What does a sophisticated Pierre Poutine-style robocall look like and how do you track it? Does Elections Canada have the resources to keep on top of voter suppression? Joining us now is a man that spent a decade-and-a-half making sure Canada’s elections were clean, the former Chief Electoral Officer, Jean-Pierre Kingsley is here. Mr. Kingsley, welcome to Everything is Political.

A: Well, this is part of the problem. This is why I suspect the Chief Electoral Officer wrote to staff members telling them to be on the watch out for anything unusual. It’s simply not possible to know what people will do. In other words, the tricks that worked before may not work again because people are going to be on the lookout for them. I think it’s one of those things that people are advised to be on the lookout for anything unusual that might be happening in the system.

Q: We’ll get into that. The presentation says it’s from May 2014 and it says there are four successful phases for a voter suppression plan, one that actually works. You identify non-supporters. You gather information on them. You prevent them from voting or if they do vote, if they make it to an actual voting station, contest their eligibility. You’re saying that Elections Canada may not even have the tools to monitor that kind of activity or uncover a successful voter suppression campaign?

A: No, I’m not saying that because obviously with the four steps that you’ve identified, those are steps that are known and I’m not all that certain that there could be a lot of cheating with those steps. I’m really saying people may decide to avail themselves of other means whereby they would cheat. Now, the emphasis seems to be on the pre-period, the period where people are registering. I’m more concerned with what’s going to happen the day before Election Day and on Election Day. I think it’s great to advise staff to be on the lookout but I think that Canadians, the average Canadian, needs to be on the lookout as well for anything unusual that might be arriving to him or to her, transmitting information about, for example, a change in voting hours, a change in polling location, a change in polling date.This is a trick that was used in the United States with some success. People who don’t favour a particular candidate received a notice that polling day was on the Tuesday and not on the Monday, this type of thing—things which seem to us to be pretty obvious which are not all that obvious to a lot of people. Not everybody follows this like you and I are doing.

Q: One of the tools is really just getting information from actual voters, feeding that back to Elections Canada saying, “Hey, I just got this in the mail,” or “I just received this robocall.” I mean, it’s sort of watching out for the ghost of Pierre Poutine in a way, right?

A: Yeah, and, “You know, I just got this text message and it’s reporting to be from the candidate whom I favour, and it’s saying this particular thing about polling hours.” Don’t take it for granted.The authority on electoral matters, everything relating to the procedure, the timing, that is in the hands of the Chief Electoral Officer and the returning officers in each of the 338 ridings. It’s not really propitious for candidates and parties to get involved in that because it muddies the water and it makes it more difficult to find out if anyone is trying to … game the system.

Q: You supported some aspects of the Conservative government’s Fair Elections Act. Companies that do robocalls … under the new rules they’ll need to log phone numbers and keep them for three years. Is that period of time long enough? I mean, a lot of this stuff comes out after the fact, right?

A: I think three years is okay. I think we’re going to find maybe we should have gone for a longer period of time. I don’t know why—initially, by the way, it was one year and one year was absolutely not okay for the simple reason that candidates—well, parties—report six months after the election. There’s only six months for things to start to come out and that wasn’t sufficient time and for the Commissioner to be advised. Three years is much better. I think we could easily have been justified in asking for five years.

Q: Do you think Elections Canada has the teeth and resources to keep tabs on voter suppression and investigate reports of problems when they crop up in those last few critical days?

A: If the public … transmit the information to Elections Canada, the odds are increased significantly. It’s very difficult when you’re running the system, you know, to know what’s happening unless people are telling you what’s happening. The kind of cheating we’re talking about is not the kind of cheating that will be evident at the polls where the poll workers can discern this on polling day. It’s going to be what’s happening outside of those hours, in my view. Who knows? They may have found a way around that as well. It’s the old story. People say they’ve done that before, they’re all aware. They got caught. They’re not going to do it again. We catch bank robbers all the time and they keep on doing it for the simple reason that it pays. The people who think of robbing banks think of new ways of doing it that the people who protect banks haven’t thought of yet. This is what they try to do and it’s the same thing with elections. That’s why we had the robocalls at the last election.

Q: One of the curses of our system as it gets more sophisticated and we can break down data and information in so many different ways so quickly is, in the U.S. they’ve had this phenomenon called micro-targeted messages, messages crafted around very specific voters in very specific voter areas. Do you think they have the capacity to handle those kinds of things?

A: Micro-targeted messages are not wrong if you’re pumping a message that your party wants to transmit to someone to go and vote for you. If it’s to suppress the vote, it’s another matter. This is where the micro-targeting becomes a real problem. I was astounded to find the Conservative Party—it could be other parties as well for all I know—having a list of the people who don’t support the party. Usually parties have a list of the people who support the party, and all parties have that, but I’m wondering why would you have the list of the people who don’t support you? To me, that is problematic. This comes back to the micro-targeting of messages to suppress the vote. By the way, what we’ve got now with negative ads—and I’m not going to identify any party with this—what we have with negative ads is a way of attempting to suppress the vote. It’s just not against the law. This is the problem at this time.

Q: What do you mean by that? What are you thinking of when you say that?

Q: Another example of this kind of suppression is activists at voting stations harassing voters. Now, that’s an American example. This kind of poll-watching, do you think this could become a problem here?

A: I don’t think so. There’s a natural distance—I think it’s a hundred metres—that people cannot surround the poll with anything relating to advertising with respect to messaging that they may have. We control the polls very tightly. Poll workers, the people who attend polls on behalf of political parties, cannot wear party colours. It’s all meant to have serenity surrounding the poll not only inside the poll, but surrounding the poll. That’s why signs are taken off within the sightline of a poll before polling day.

Q: Thanks for joining us here on Everything is Political.

Transcript from Everything is Political with Evan Solomon on SiriusXM Channel 167. Peter Harris, executive producer of the show, was the guest host for this segment.