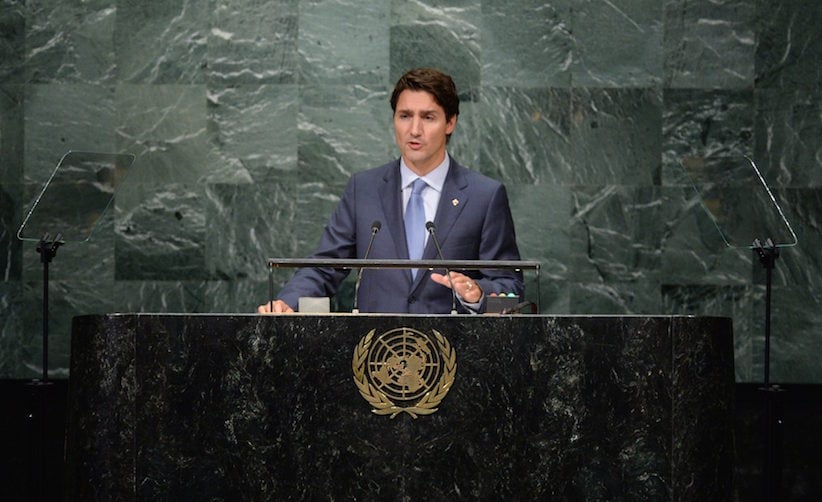 Prime Minister Justin Trudeau delivers a speech at the General Debate of the 71st session of the UN General Assembly at the United Nations headquarters in New York on Tuesday, Sept. 20, 2016. THE CANADIAN PRESS/Sean Kilpatrick

In his speech to the 72nd session of the United Nations General Assembly in New York today, Prime Minister Justin Trudeau is reportedly set to focus on Canada’s historical treatment of  Indigenous peoples and on reconciliation efforts. Trudeau’s visit has included meetings yesterday with the leaders of seven other nations, in preparation for Canada’s bid for a non-permanent bid on the UN Security Council for the 2021–2022 cycle.

Watch the live stream from the UN General Assembly below. Trudeau is scheduled to address the body at 1 pm ET.