Way up in Justin Trudeau’s Zeppelin

Evan Solomon on every incoming prime minister’s zeal for reform 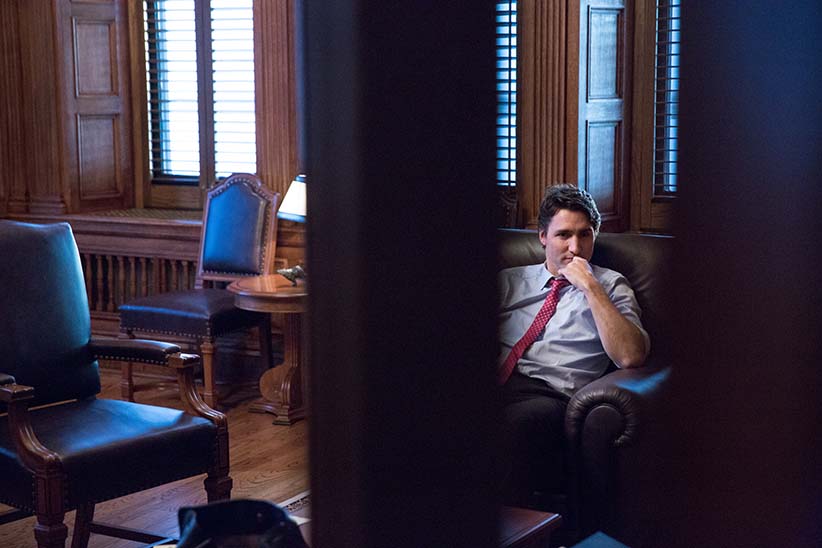 It’s hard not to think back to the age of the Zeppelin when you hear a Speech from the Throne. Both rest on the misplaced assumption that with enough gaseous air, millions can float safely to new shores of possibility. It rarely ends that well.

Still, this year’s Throne Speech merits special attention. It will reveal Justin Trudeau to be something no one ever expected: the radical reformer Stephen Harper set out to be.

Niqabs and barbarous acts make it difficult to recall the Stephen Harper who first became prime minister. As a grounding exercise, I re-read the 2006 Speech from the Throne, his first. Harper was the adopted voice of Western alienation, steeped in thinking from Edmund Burke to Friedrich Hayek, with a talent for the fearless knifework of politics. The man who once dismissed Canada as “a northern European welfare state in the worst sense of the term” was primed for reform.

The modest speech to the 39th Parliament was just a little seed of Harperism that few imagined could grow into the colossal tree it became.

“Canadians have chosen change,” was the mantra, as it is for every new government. Harper outlined simple goals: clean up government, lower tax, fight crime. He brought in the Federal Accountability Act, cut the GST, and created the Parliamentary Budget Office under Kevin Page. Promises made, promises kept. He also promised to soak the federal government in icy water and shrink it in the political dryer. On that issue—the key to his reform agenda—he failed badly.

In a recent exercise in myth-busting, Kevin Page examined direct program spending from the federal government as a percentage of GDP. It’s the best way to measure the role of government. Back in 2004 and 2005, it was 13.5 per cent. Under Harper it actually rose to 15.8 per cent before settling back in at 13.1 per cent. Remember, it was only 11.9 per cent back in the Chrétien days. So Harper didn’t shrink government at all. He spent most of his mandate as a Keynesian liberal, running deficits to stimulate growth during the Great Recession. And he did it well!

Meantime, federal transfers to the provinces went up from $40 billion to $60 billion under Harper. He cut many environmental programs and dismantled the Canadian Wheat Board but he kept supply management and the same level of health transfers to the provinces. Social conservatives wore the same muzzles as scientists and got nothing. Gay marriage legalized. Abortion disappeared as an issue. The Senate got worse, not better.

Harper’s strategic incrementalism devolved into political timidity, disguised in the persona of a bully. The much ballyhooed Blue Shift turned out to be merely a Blue Bend, one that is quickly returning to red as Trudeau busily undoes Harper’s changes.

While Harper wanted to drain the capacity of the federal government to intervene in the affairs of provinces and individuals by cutting off its money supply, Trudeau campaigned on raising taxes and running deficits—and won. Suddenly, it is Trudeau who looks like the radical reformer. If he actually does what he says—and that’s a big if—Trudeau will reform Canada in a way Harper never dreamed. He will ditch the first-past-the-post electoral system, transform the Senate into a less partisan echo chamber, raise taxes on the rich, put a price on carbon, grow government, legalize the right to die, and if the justice minister is to be believed, transform the relationship with First Nations.

To pass any political agenda—even with Trudeau’s stacked deck of having every province but Saskatchewan as liberal or progressive—requires a strategic form of political branding. Harper knew this too, which is why all government documents used the phrase, “Harper Government.” The Conservative formula, in making the Harper name synonymous with government, was to turn the civil service into a billboard in a permanent campaign. But partisan stickers can be easily peeled off.

When Scott Brison announced that all logos will now be simply “Government of Canada”—it wasn’t just about respecting the civil service, it reinforced the notion that Canada is liberal, and that the terms are interchangeable.

Trudeau telling the Paris climate conference that “Canada is back,” when up to now he’s committed to the same non-binding emission targets as Harper, really means we’re back to being Liberal. It’s pure branding.

He would do well to be cautious. In the penumbra of the glowing election win, voters may well gaze in wonder at what lies ahead, much like those New Yorkers did on May 6, 1937, as the Hindenburg floated majestically over their city. The golden age of airship travel never looked so real. So close. Hours later, as the great zeppelin tried to dock in New Jersey, everything suddenly went up in flames.

The most difficult part of politics lies not in taking off in your glorious new machine, but in landing it safely.