Harper to world: We are angry, and we have adjectives

People of the world, Canada is here with its awesome weapons: words, and standing 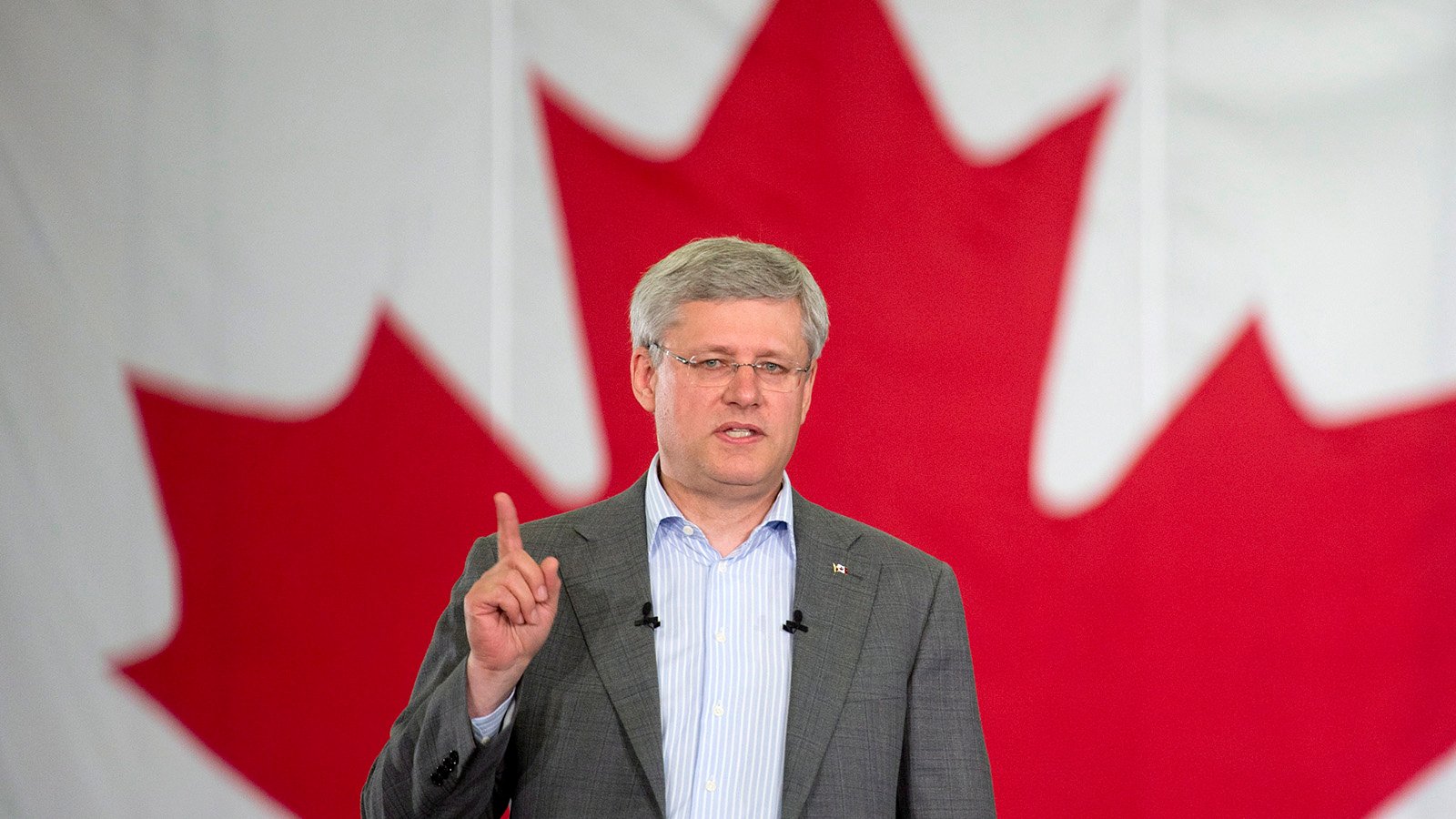 Stephen Harper gave a big speech this week as Parliament returned. Our planet is a Dangerous Place, he said. But not to worry—the Conservative government is here to help good triumph over evil.

How are they going to do it? Mostly with the awesome power of their words.

Responding to overseas conflict, Harper’s declarations were amped up and unequivocal. This, for example: “We will not rest until the people of Ukraine are free to choose their own destiny.” But let’s be honest with ourselves: We’re resting. Plenty of talk, some sanctions, but otherwise: totally resting.

Would we like Ukraine to be free? You bet. Are we willing to fire off some high-calibre adjectives? Absolutely. But let’s not pretend Vladimir Putin is standing over a military map, pushing his pieces around and thinking to himself: “I seek the prize of Crimea—but dammit, those feisty Canadians are holding the northern front with an entire battalion of empty threats!”

Name a global clash and Harper’s rhetoric is usually outsized. His tangible response? Not so much. Islamic State fundamentalists are “evil” and “vile” and represent a grave menace . . . so Canada is sending a very small number of troops overseas for a very brief period of time to not do any fighting because they’re there only to advise. Welp, you had a good run, terrorists.

Theodore Roosevelt’s foreign policy was famously described as: Speak softly and carry a big stick. The Harper approach strays a bit from that: Speak loudly and DID I MENTION SPEAKING LOUDLY??

But it’s not as if Stephen Harper is fighting these battles only with words. Not at all. This Conservative government has demonstrated that it is prepared to confront the global villains of our time with another tactic: standing.

But sometimes things get heated and it’s not enough simply to stand. Sometimes—as a responsible nation in a world gone mad—we have no choice but to stand in a particular way. For instance, Harper recently pledged that Canada would stand alongside Ukraine with “unblinking resistance”—which, to be honest, sounds pretty tricky. Under these terms, I would personally be able to stand alongside Ukraine for no more than 25 seconds. Less, if I have to sneeze.

Got that, Canada? No idle standing. Next time we hear a terrorist splinter group or power-mad zealot bent on world destabilization coming down the hall—everyone look busy!

So Stephen Harper has his words. And he has at his disposal any number of ways of standing. But any idiot knows you can’t save the world with just words and standing. You need something else. You need flags.

Luckily, the Harper government is lousy with flags. There were three Canadian flags behind the PM at his speech this week. I’m not saying one of the flags was comically oversized, but it made the fireplace in Citizen Kane look like an Easy-Bake Oven.

Flags send a message. In university, they say, “Hi, I am hiding a hole that was punched in the wall in a drunken rage.” In modern politics, they say, “Look at me—I’m the best at being patriotic! Watch as I project global credibility through the raw power of nylon!”

Meanwhile, on the very day Harper gave his speech, it was reported that technicians working on a Canadian military aircraft were so strapped for spare parts that they yanked some still-working pieces out of an ancient plane on display at the National Air Force Museum.

Flags. Standing. Words. And the very latest in 1960s navigational technology. Pity any nation that would dare stand against us.

Scott Feschuk’s new book, The Future and Why We Should Avoid It, comes out in October and is available now for pre-order at Amazon.ca or Chapters.ca