We've given up on Canada's military, so let's abandon it altogether

We could save billions we'd otherwise spend on duct tape for our fleets and squadrons. We could keep some soldiers for disaster response—but they don't need guns 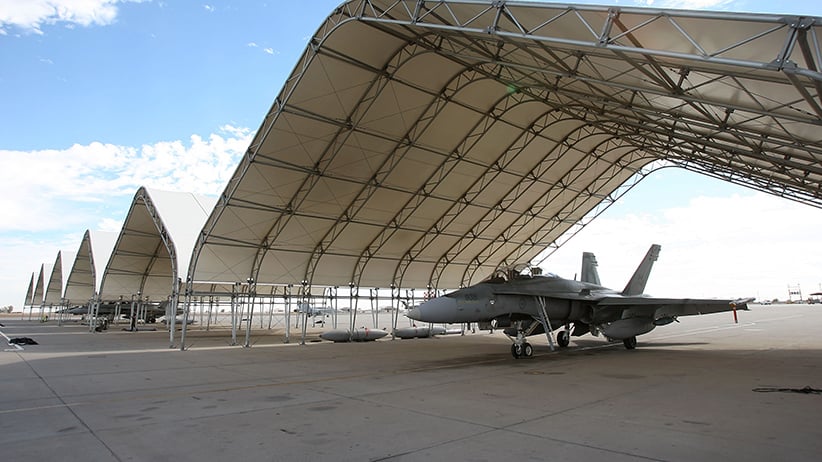 It was revealed over the weekend that the government intends to keep our aging CF-18 fighter planes in operation until 2032. But, like the Sea King helicopters, the planned retirement date for these jets has been pushed back before. There is no reason to believe the next government won’t try to keep them airborne for another decade after that.

And why not? It will cost us billions in maintenance to ensure these can fly well past their designed lifespan, but it would cost even more to replace them with modern fighter jets. And Canadians don’t really care one way or another. The state of the military is never a significant election issue. And when did you last see a public protest over another leaky frigate or more broken helicopters?

In fact, it is long past time we simply disbanded the Canadian military altogether. That seems like a radical step, but it would require little actual movement—just the simple act of accepting this is where we already stand.

COUNTERPOINT: Canada’s military is vital—but public outcry is needed to save it

The Canadian Navy, at the end of the Second World War, was the third largest in the world, with 434 ships. We are now down to about three-dozen. Of those four are barely operational submarines, there is nothing that can manage four-season Arctic navigation, and nothing capable of “blue water” or ocean-going fleet operations. In effect, the Canadian Navy has already been disbanded, replaced with a small coastal defence force.

And that force has already abandoned our northern seaboard. You can still see the wind-hollowed remains of a large military base in Churchill, but the long-promised naval base was downgraded to a fuelling facility, and then to a jetty. It is literally a pile of rocks pushed out a hundred yards into a bay. As for the rest of the Canadian Arctic, an area roughly the size of Europe, we are down to only about 120 military personnel—that’s one for every 30,000 square kilometres.

READ: The sinking of Canada’s Navy

This current government loves to breathlessly emote about our peacekeeping past, but is careful to avoid promising any actual troops. In November of last year, after side-stepping previous promises to make a significant UN deployment, the Prime Minister announced an initiative to increase the proportion of women deployed in peace operations–just not women from the Canadian military. Right now, there are 14 Canadian officers assigned to the UN, a record low; that is less than Honduras, Bhutan, and Armenia. Former Liberal senator Romeo Dallaire explained that this was a new enlightened policy that went beyond the “traditional boots on the ground.” So, why do we even need actual boots anymore?

The Conservative track record on supporting the Canadian military is just as bad. The Navy rusted out on their watch. And in spite of (or perhaps because of) the Afghanistan deployment, defence procurement completely broke down. Nonetheless, former prime minister Stephen Harper was always happy to pose with members of the Canadian military. Because for parties of all stripes, that is the single most important role of the Armed Forces—optics. It allows politicians to look bold, and it allows the country to pretend that we are a useful ally.

But, in truth, it only irritates our allies in the UN, NATO and NORAD. Ottawa loves to show up at international conferences, talk up a storm about the importance of peace or a strong and united defence, then quietly slip out the backdoor when it comes to actually putting troops on the table.

And none of this was a secret. Defence journalists reported on all of this. And the Canadian public greeted every step of decline with a shrug. There were ample opportunities to pressure the government to turn things around, but we frankly just didn’t care.

So, why don’t we just own it and admit the truth, as painful as it is: We do not have a functional military, and that’s the way we want it. Let’s implement this new “enlightened policy” by shutting down the Canadian Forces and declaring ourselves a post-military nation. We could join the ranks of Haiti, Andorra, and Vanuatu.

NATO might accept an annual payment in lieu of actual troops. (We won’t be able to donate any of our tanks or ships, however, unless they want them for scrap.) In return for staying in NORAD we could simply give the Americans a few Arctic islands; we’re not using them. Perhaps we keep a few soldiers for disaster response, but they don’t need guns or jets for that.

In return we would save billions on the duct tape needed to hold our fleets and squadrons together, forces we don’t intend to deploy anyway. We will stop undermining our international relations by making promises we will never honour. And, just as importantly, we would no longer have to demean ourselves and the dedicated men and women of the Canadian Armed Forces by keeping up this ridiculous lie. It would be a tonic for the entire country. So let’s finally move forward and accept this truth: Canada disbanded its military long ago, we just haven’t gotten around to announcing it yet.