What a non-voter looks like in Canada, in one chart

In the 2011 federal election, 39 per cent of Canadians didn't vote. Here are their excuses.

Did you cast a ballot in the 2011 general election? With a voter turnout of only 61 per cent, there’s a good chance you were one of the 7.5 million eligible voters who didn’t. But why didn’t you? For both politicians and academics, it’s one of the most troubling questions for modern democracy. Luckily, Elections Canada provided us with a brief glimpse into the minds of non-voters following the last federal election. During a post-election poll, they discovered that more than 50 per cent of those who chose to abstain did so simply because they weren’t interested, or were too busy. What other reasons did Canadians give for not voting? 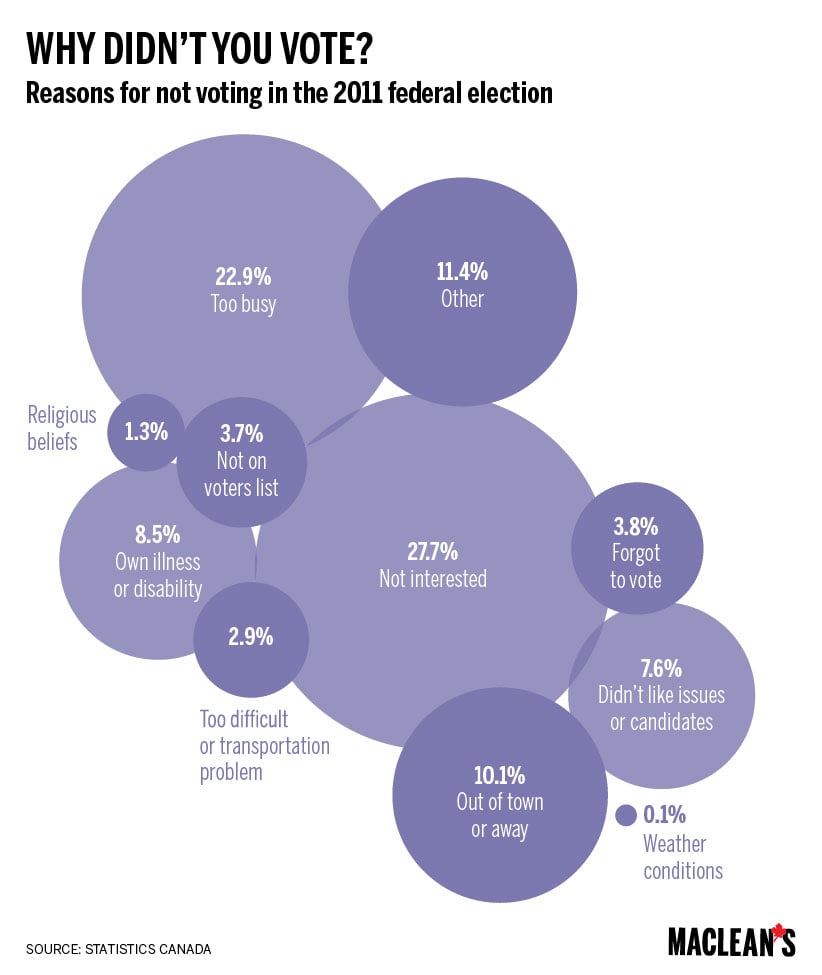