Politics Insider for January 25: McCallum tries to take it all back, Kenney may face investigation over old expenses and some moments of self-reflection from both sides of the political divide 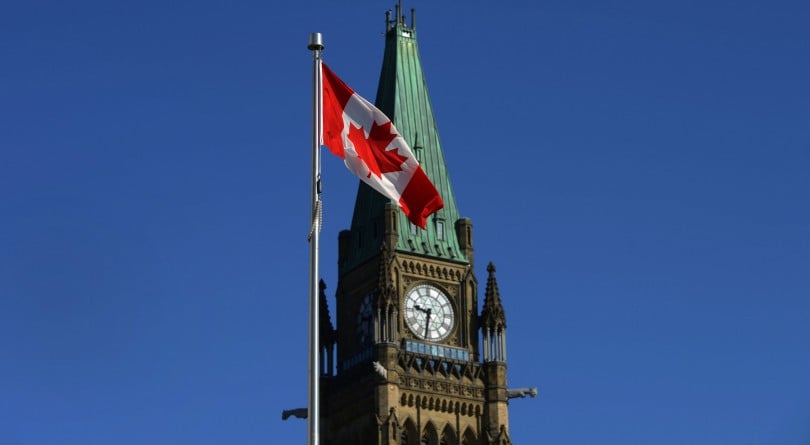 The Peace Tower is pictured on Parliament Hill. THE CANADIAN PRESS/Sean Kilpatrick

“I misspoke.” Canada’s ambassador to China John McCallum tried to take back his controversial assertion that politics are at play in the arrest of Huawei CFO Meng Wanzhou and that she had a good case to fight extradition to the U.S.: “I regret that my comments with respect to the legal proceedings of Ms. Meng have created confusion. … These comments do not accurately represent my position on this issue.” (Global News)

Not surprisingly, McCallum’s critics aren’t having it and say he should no longer represent Canada in China. Conservative MP Michelle Rempel: “Misspoke is when you order a tall instead of a grande … Trudeau can’t let this stand or he risks confirming it was the government’s positon. There’s a lot at stake here. McCallum has to go.” (Twitter)

While Justin Trudeau offered no defence of the ambassador, he dismissed calls to fire him: “Our focus is entirely on getting those Canadians home safely and making sure all their rights are respected, and making a change would not help release those Canadians any sooner,” the Prime Minister said during a stop in Saint John’s, New Brunswick. (Yes, we know that’s not how the city’s name is spelled, but apparently somebody doesn’t.) (CBC News)

Beyond the weirdness of McCallum’s extradition advice to Meng was the wrongness of it, writes John Geddes. McCallum told Chinese journalists Meng has “some strong arguments that she can make before a judge. And then the judge will decide whether he or she thinks she should be extradited or not.” The problem is, that’s not how extradition works:

It’s not like, say, a criminal case, where politicians must keep their noses out. In fact, the ultimate decision to surrender an individual to another country for trial is not any judge’s to make. That power rests squarely with the federal justice minister.

The process is complicated and can stretch on for years. But, just to touch on the basics, the U.S. authorities asked for Meng’s arrest, which happened on Dec. 1, and then have 60 days to present their case for extradition. After that, the justice department gets 30 days to decide if it will allow the case to proceed. If that “authority to proceed” is granted, then an extradition hearing will be held in the B.C. Supreme Court. If the court decides Meng should be “committed” for extradition, then the justice minister has to decide whether to actually surrender her to the Americans. All this is subject to appeals and judicial review at various points. (Maclean’s)

It started as a tweetstorm alleging expense abuse by Alberta UCP Leader Jason Kenney back when he served in Ottawa. Now questions raised by a lawyer with ties to the Liberals could be headed for an investigation. In a series of tweets last weekend lawyer Kyle Morrow said Kenney wrongly received secondary residence subsidies for his home in Ottawa by claiming to live in Calgary in his mother’s basement when, according to Morrow, travel records show he spent little actual time in Calgary. Liberal MP Jennifer O’Connell sent a letter to the Speaker of the House asking the Board of Internal Economy to investigate the allegations. Kenney says he complied with all expense rules as an MP and said the Liberals “are looking to help out their Alberta NDP allies by continuing to attack on these sleazy, baseless accusations.” (CBC News)

For the first time in more than 70 years, Canada surpassed the U.S. in the number of refugees it accepted, the only country to ever do so:

The United States took in 24,000 refugees through the global refugee program last year and Canada accepted 28,000. This marks the first time that United States slipped behind another country in the history of the United Nations refugee program, which began in 1946 in the grim shadow of the Second World War. Canada’s resettled refugees are about double what the country took in earlier this decade, while the American levels are less than one-third of what they recently were, and the lowest in any year since 1977, according to the U.S. State Department.

The American plunge came a year after Trump demanded a freeze in the refugee program to study further vetting, a pledge made at the same time as he banned travellers from seven countries, most of them with Muslim majorities. Refugees entering the United States now face an “enhanced” vetting program. (Maclean’s)

Earlier this month we told you about Maclean’s duelling-cover special examining the deepening partisanship in this country—”What’s Wrong with the Left?” and “What’s Wrong with the Right?” Now let’s hear from those on the left and right about what they think troubles not just their opponents but their own sides: