What did Ray know? An explosive day in the Mike Duffy trial

Nicholas Köhler on a wild day from Courtroom 33, where Nigel Wright was pressed on how much Ray Novak, the PMO's current chief of staff, knew 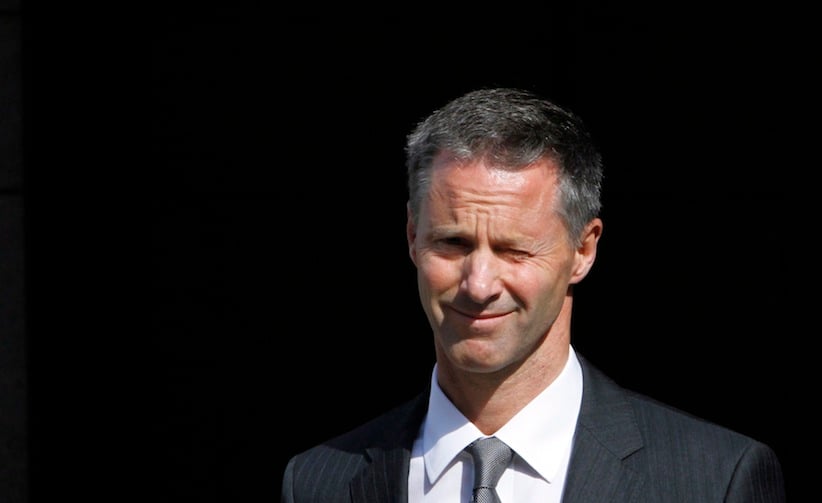 It was late in the day that Donald Bayne, the criminal lawyer representing Sen. Mike Duffy in his bribery, fraud and breach of trust trial, began quizzing Nigel Wright about his participation in a phone call with Janice Payne, the employment lawyer who represented Duffy in early 2013, the height of the Senate expenses scandal.

Bayne’s line of questioning would lead to the most explosive revelations to emerge so far in these proceedings, 40 days in, and it caught everyone by surprise.

The new material, damaging to Stephen Harper and to his Conservative Party election campaign, made worse a day that had already proven a massive bummer for the Tories: this morning, when reporters covering a Harper campaign stop in Toronto again began asking the Tory leader questions about the ongoing Duffy trial, an older man turned on the news cameras and made an awful scene.

“You guys and your fantasy scandals amount to zero,” he told them. “You’re the one who didn’t ever cheat on her tax return?”

By the time the full extent of this man’s derangement became clear, his crazed antics had become the face of Harper’s supporters for the day.

“It isn’t a deal, it’s a nothing, Harper doesn’t read income tax forms, you idiot!” the man told the reporters. “You’re a lying piece of s–t, and you too.”

If you’d asked at lunch time, Tory strategists probably would have told you the day could get no worse.

Well, it did, and that further decline in Conservative fortunes began with Bayne asking Wright, Harper’s chief of staff before he resigned in May, 2013, who exactly was present in the room on his end of that phone call on March 22, 2013 with Payne, Duffy’s former lawyer.

In the matter-of-fact way that Wright has adopted in his courtroom dealings with the sharp-edged Bayne, Wright said it was just him and PMO lawyer Benjamin Perrin.

Bayne, and anyone else in the room who’d read through “Exhibit 45(A), Chronological Emails,” which narrates in epistolary fashion the disaster of the PMO’s Duffy strategy as it emerged in early 2013, found this answer odd.

Yes, Wright replied, Novak “may have dropped into the office, but he was not in on the call.”

Wright’s recall on this point was crucial, for it was during this call that Wright says he told Payne he’d personally be paying the $90,172.24 in questionable expenses Duffy had claimed as a senator for PEI living in the Ottawa suburb of Kanata, his home for years.

These claims were the basis for the scandal that had engulfed Ottawa in early 2013, and the PMO wanted desperately for Duffy to cop to a mistake here and return to the Canadian taxpayer his housing allowance. Wright’s $90,172.24 payment to cover that reimbursement now forms the basis of the three bribery charges Duffy faces.

It’s worth noting at this juncture that the exhibit emails also include another Wright note, addressed to Perrin and Novak, that reads: “I will send my cheque on Monday.”

This all puts Novak, Harper’s closest aide—the prime minister’s “surrogate,” to use the language that Bayne prefers and that Wright has rejected more than once—awfully close to a payment that the Crown is endeavouring to prove Duffy accepted as a bribe.

It gets Novak about as close as you can possibly get to an alleged bribe without actually paying it yourself.

Related: Our 2010 profile of Ray Novak

Now Bayne pointed out how Perrin, who will soon appear in the witness box himself, has told Sgt. Greg Horton, the lead RCMP investigator in this case, that Novak was in fact in the room during that call.

Crouched at the lectern in a grey suit, his stance always like that of a man about to pounce, Bayne noted it was the Conservative Party’s position that Novak was not in on the entirety of the Payne call, and he asked Wright if he’d heard that the party had also said Novak never did read Wright’s email about Wright’s cheque and his plan to send it to Payne on Monday.

“I saw that,” Wright told the court.

Bayne asked Wright about Novak—had the two men been in communication?

Wright said that was about two weeks ago, they had exchanged BBMs—BlackBerry Messenger notes—and to the question of whether he kept copies of these exchanges, Wright said that no he did not. Wright had a grave expression on his face, and peered at Bayne. The room was about as attentive to this development in testimony as its been these past 41 days.

Responding to Bayne’s questions, Wright explained that his discussion with Payne lasted about 30 minutes and that he did most of the talking. He’d anticipated it would be a tough conversation: the PMO had reason to think Duffy and his lawyer might renege on their deal.

At this point in Courtroom 33, Bayne began quoting from Perrin’s Feb. 20, 2014 interview with the RCMP’s Horton in Vancouver, where Perrin is now an associate professor at the University of British Columbia’s Peter A. Allard School of Law. “Sen. Duffy wants to fight this out,” Perrin told Horton, according to the transcript Bayne quoted. “It’s going to be a real, real difficult call, because they’re quite incensed.”

In particular, Duffy was at this point thinking he might not pay off his questionable claims, despite having already saying publicly he would. But Perrin says in the transcript that before the call with Payne, Wright insisted that Duffy would pay, “because it’s coming out of my pocket,” according to the account Perrin gave Horton.

“Ray was in that meeting and Ray heard this and I remember looking at Ray to see his reaction,” Perrin told Horton in vivid, vivid detail.

Elsewhere in the RCMP interview Perrin reiterates this point: “But Ray Novak was also there on the call when Nigel Wright said to Janice Payne he would do it and Ray Novak also received an email which you have where Nigel says I’ll be providing my cheque.”

Horton, at this point of the interview, appears to cut in: “So Ray in his interview last week said that he wasn’t aware at this time that Nigel was going to repay the money.”

But as Perrin put it to Horton, referring to documents apparently before the two men in Vancouver (most likely emails that are now part of the evidence before this trial): “So this is black and white, ok? The other documents all referred to are the ones that clearly place Mr. Novak in the the meeting. So I’ll just refer you to those as well. Item 23 and item 332 both refer to the call being planned with participants being Nigel Wright, Janice Payne myself and Ray Novak. So that’s what I can provide you in terms of my evidence on—”

“So the individuals,” Perrin continued, “I have to say that it was, I’ve actually been shocked when I saw the ITO [information to obtain] coming out saying who knew, because Ray Novak was not listed in that, ok?”

Later Perrin added: “I’m just saying, it sounds like it’s disputed by him [Novak]. So fair enough. You’ll deal with that, the people that I, from my own personal knowledge knew about this [the fact that Wright was paying for Duffy’s questionable claims in Duffy’s stead] was obviously Nigel Wright, myself, Ray Novak—we’ve gone through that—and David van Hemmen, Nigel Wright’s assistant.”

Wright answered Bayne’s questions in the midst of this bit of narrative in a calm but clipped fashion, using precise language. It was as though Wright, in the witness box, was teaching Duffy a lesson in how to be a team player, a lesson Duffy may have suggested to the Tories he needed when things started going so sideways for them back in early 2013.