What does it take to get a deferred prosecution agreement? 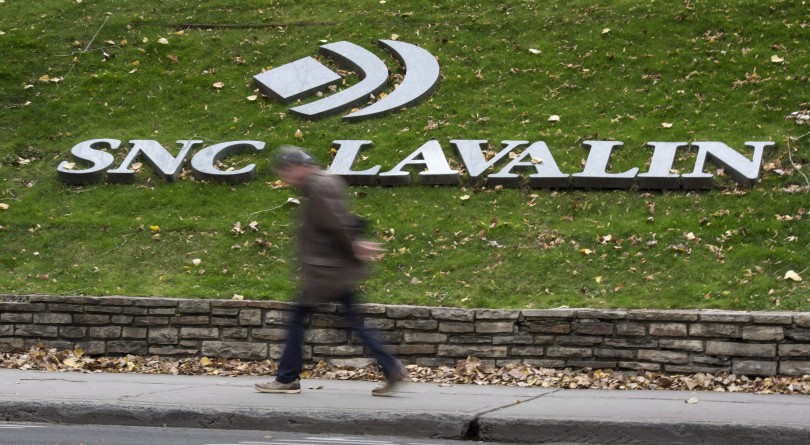 The legal mechanism at the heart of the dispute surrounding Quebec construction giant SNC-Lavalin, the Prime Minister’s Office and former Justice Minister and Attorney General Jody Wilson-Raybould are remediation agreements. They were inserted into the Criminal Code in September 2018, and it’s clear that SNC-Lavalin expected to be able to make use of the mechanism to escape criminal prosecution for alleged fraud and bribery in Libya to the tune of tens of millions of dollars.

Maclean’s spoke to Patricia Hughes, former dean of law at the University of Calgary and founding executive director of the Law Commission of Ontario, to explore the finer points of these agreements, like what prosecutors might look for before using them and how onerous they can be.

Q: Let’s start with the basics: What is a deferred prosecution agreement—or remediation agreement, in Canada—and what does it require of a company that’s been accused of committing an offence?

A: Remediation agreements are agreements between the prosecutor and the organization. It’s a voluntary agreement and it requires the company to take certain actions, and if it does that, it will not be subject to prosecution, (for cases involving) bribery, corruption—economic crimes. The important point is that if they don’t meet the requirements in the agreement, then the prosecutor can go ahead and reinstate the prosecution.

READ MORE: The government’s case for ‘remediation agreements’ made no mention of SNC-Lavalin

Q: What are the requirements they would have to undertake?

A: Things like being clear about what’s involved: what is the allegation, what is the offence that the organization is alleged to have committed—so, to simplify it, they must admit responsibility.

Then there are things the organization must do, like providing any information the prosecutor would find helpful, to cooperate, to agree that it would forfeit any benefit it’s received from its wrongdoing, paying a penalty—effectively a fine. If there are individuals who may have lost money through this, there might be reparations for that. In the agreement would be a deadline when they have to meet the requirements. It could be quite a lot of money, by the time they’re finished, that they pay out.

Q: Even at the time these agreements were studied in committee before becoming law in Canada, some MPs raised concerns they amounted to a slap on the wrist for white collar crime. What’s the underlying justification or purpose for offering something like this?

A: If you think of any kind of agreement that a prosecutor might come to with somebody who has been accused of an offence, it’s really to do things more quickly than if you were to go to trial. One of the things the prosecutor would consider in deciding to offer to negotiate one of these agreements is how the alleged offence came to the attention of the prosecutor: they want to encourage voluntary disclosure.

It’s a fairly onerous process. They may be supervised during the agreement, the prosecutor can establish an independent monitor. The company will have to change its practices. In the case of SNC, of course, it says it’s done that, but it would be looked at to see if in fact whatever they put in place is going to be adequate to ensure these various acts don’t happen again.

Q: What is the prosecutor supposed to consider when deciding whether to offer negotiation for one of these agreements to a company?

A: The prosecutor wants to see is it really in the public interest to do this, is it better that they have some guarantee that the company is going to change the way it’s behaved, that it’s not going to take as many resources as a trial would take, that others who might be affected by a decision are considered.

One of the issues with SNC, of course, is this background threat of bankruptcy. The prosecutor really has to weigh up the negative impact of not taking to trial a company that people believe has behaved in a wrong way. One thing that’s interesting here is the prosecutor must believe that if they did go to trial, there is a ‘reasonable prospect of conviction.’

Q: Who or what is a remediation agreement designed to protect? Who does it define as the innocent parties?

A: It’s meant to try to minimize the negative impacts for innocent people in the company. There may be a few bad apples in the company, and that may have had a major effect, but there’s all kinds of innocent people and why should they lose their jobs? Why should they be subject to these proceedings, in a way? And it’s just generally the sense that the public interest is benefitted by not having these long trials if there are alternative ways of doing something.

Q: You could argue that a company is its shareholders and board, so a few bad actors in the executive suite can be excised and the company goes on existing and flourishing. But some critics of these agreements argue they amount to a slap on the wrist for companies with a corporate culture that permitted this kind of behaviour. So more broadly, what do remediation agreements tell us about how the law views the essential nature of a company?

A: What it tells us, actually, is that if you do it properly, cut out those bad apples, that the company is capable of developing a new culture and evolving as an entity. What these remediation agreements do—and it’s the ‘remediation’ word that tells us this—is there’s this sense that a company can become something better than it was.

Not everyone agrees—you’ve identified the different positions that people take with this, that this is just a way to get out from under the behaviour. And I think the people who believe that look at the other things SNC has been involved with, in different places and for different purposes. So this doesn’t let them off the hook completely because it could be quite a costly agreement—but the way it doesn’t cost them is it doesn’t prevent them from applying for government contracts.