What is cupping, and why is Justin Trudeau doing it?

The Prime Minister has revealed that he uses the alternative healing technique known as 'cupping', but what exactly is it? 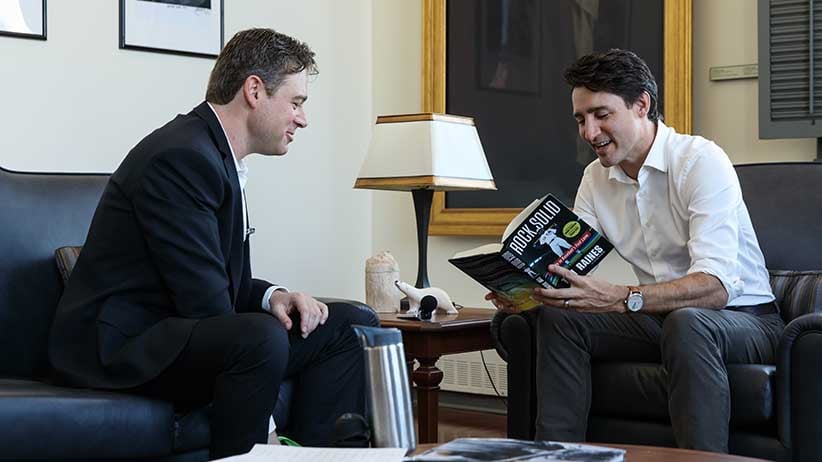 Justin Trudeau’s interview with expatriate Canadian journalist and Montreal Expos fan Jonah Keri on the latter’s eponymous podcast included plenty of sporting and political talk. But Keri also mentions spotting the telltale round marks of “cupping,” a healing technique that’s said to be millennia old but was re-popularized by swimmer Michael Phelps at the 2016 Summer Olympics in Rio de Janeiro.

Cameron Ahmad, press secretary in the Prime Minister’s Office, confirmed via email that Trudeau “does indeed use that treatment,” though he did not respond to questions about when the PM began or how often he engages in it.

An “ancient technique used in treating pain and various disorders,” write Evgeni Rozenfeld and Leonid Kalichman, of the Department of Physical Therapy at Ben-Gurion University of the Negev. “Dry” cupping involves creating a vacuum in a cup—typically glass, but silicone is also used—using heat or an air pump, then applying the vessel to the skin. The treatment supposedly works by upping blood flow to that section of the body, speeding up healing.

Who uses it?
Phelps is the most prominent cupper, and his purple bruises by the poolside garnered plenty of attention last year. Celebrities Jennifer Aniston, Brad Pitt, Jessica Simpson, Gwyneth Paltrow and Canada’s very own Justin Bieber are all reportedly adherents.

Does cupping work?
There is “initial scientific evidence that dry cupping is able to reduce musculoskeletal pain,” Rozenfeld and Kalichman wrote in a 2016 review of cupping research published in the Journal of Bodywork and Movement Therapeutics. The practice has both placebo and physiological effects, the latter told The New York Times.

In 2012, a group of researchers at Beijing University of Chinese Medicine reviewed the literature from 1992 to 2010 and found the practice to be effective “various diseases/conditions, in particular herpes zoster, acne, facial paralysis, and cervical spondylosis.” But an overview of systematic reviews of cupping studies by a group of South Korean and British researchers the previous year concluded that “the effectiveness of cupping has been demonstrated only as a treatment for pain,” and it cast doubt on even this use.