What is the Harper government’s policy on foreign investment?

Tony Clement's decision on Potash Corp. looks to have been improvised 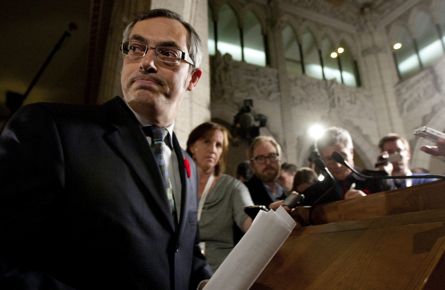 Right or wrong, Clement’s move looks to have been improvised in the face of intense political pressure. He stressed that it was his call alone, and not based on a recommendation from his departmental officials after they scrutinized the deal’s terms.

So, if it wasn’t strictly a technical decision, according to what calculus was Clement “not satisfied that the proposed transaction is likely to be of net benefit to Canada”? He says he’ll explain himself later, after BHP is given the 30 days it’s allowed under the foreign investment law to try to somehow salvage the deal.

When it finally comes, any narrow explanation of this decision won’t be good enough. The Potash deal wasn’t in any obvious way much different from the foreign takeovers that the federal government approved in the cases of Alcan, Inco, Falconbridge and Stelco.

Based on whatever reasoning Clement used in the Potash case, then, should all those earlier acquisitions have been blocked, too? This is a serious economic policy question.

Investors have every reason to be confused, given Harper’s stance in favour of more openness to foreign takeovers during the 2008 election campaign, and the supposed influence on his policy of the Red Wilson panel, which basically dismissed fears that corporate Canada was being “hollowed out.”

The Potash decision makes it look as though the government takes those misgivings about foreigners scooping up iconic companies seriously, after all. In what circumstances do we need Canadian ownership? Only when the political outcry is really loud?