What it looks like when Canadians talk political shop

In the last year, 61 per cent of Canadians have had a political discussion. Here's our chart of how those transpired

Do you discuss politics? According to a 2015 report by Samara Canada, only 61 per cent of Canadians have had a political discussion in the last year. In an interesting statistical twist, this is also the same proportion of eligible Canadians who voted in the last election. The report points out that, despite the recent growth of social media, Canadians are still more likely to talk about politics in person than online. 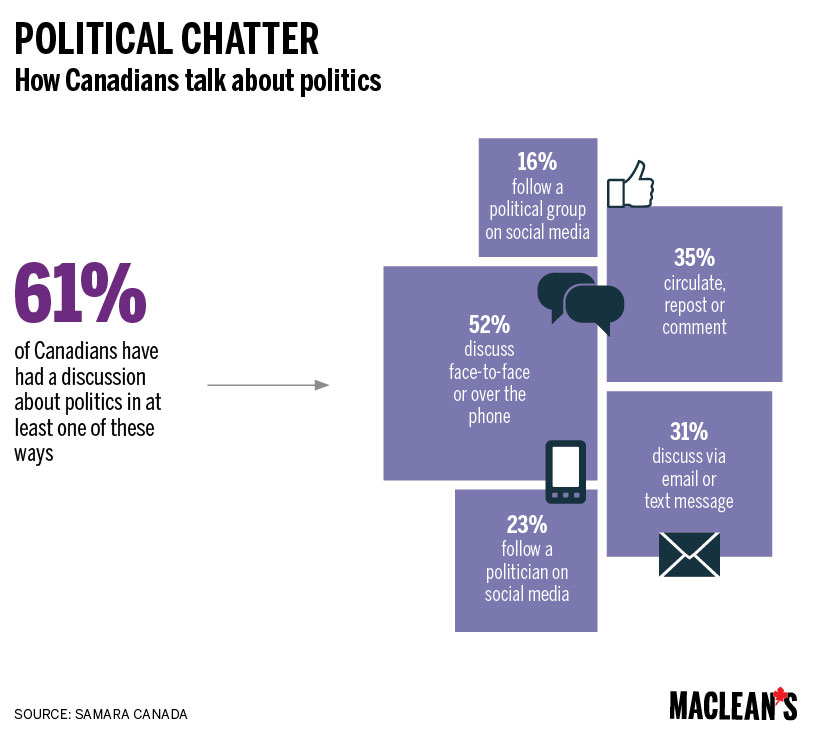