What Justin Trudeau said today about the Komagata Maru incident 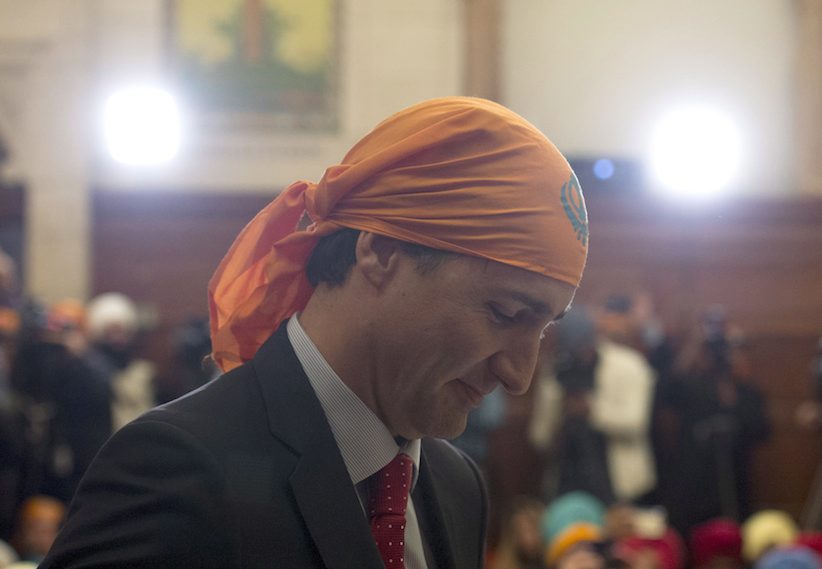 Prime Minister Justin Trudeau will offer a full apology in the House of Commons next month for a decision by the government in 1914 to turn away a ship carrying hundreds of South Asian immigrants.

The apology for the Komagata Maru incident will be delivered on May 18, nearly 102 years after the ship from Hong Kong arrived off Vancouver only to have almost all of its 376 passengers — nearly all Sikhs — denied entry due to the immigration laws at the time.

The ship was eventually sent to Calcutta and least 19 people were killed in an ensuing skirmish with British soldiers, while others were jailed.

For the record, here is some of what was said today during a Vaisakhi ceremony on the Hill:

Vaisakhi is a time of celebration, a time to welcome the Punjabi harvest festival, the solar new year and to give thanks for the birth of Khalsa. This celebration brings our communities together in our homes, gurdwaras and neighborhoods. Vaisakhi gives all Canadians a window into Indian community and for me, Vaisakhi is also an opportunity to celebrate the contribution of Canadian Sikhs who have enriched our country and our history in the fields of business, education, public service and civil society. Indo-Canadians are truly a Canadian success story.  … Today I’m privileged to stand alongside my fellow cabinet colleagues, members of Parliament and all who have joined the celebration today.

This year will mark the 102nd anniversary of the Komagata Maru incident where 376 passengers of mostly Sikh descent arrived in Vancouver and were refused entry to Canada due to the discriminatory laws of the time. The passengers of the Komagata Maru like millions of immigrants to Canada since were seeking refuge and better lives for their families. With so much to contribute to their new home, they chose Canada and we failed them utterly. As a nation, we should never forget the prejudice suffered by the Sikh community at the hands of the Canadian government of the day. We should not and we will not. That is why next month, on May 18, I will stand in the House of Commons and offer a full apology for the Komagata Maru incident.

An apology made in the House of Commons will not erase the pain and suffering of those who lives through that shameful experience, but an apology is not only the appropriate action to take, it’s the right action to take and the House is the appropriate place for it to happen. It was in the House of Commons that the laws that prevented the passengers from disembarking were first passed and so it’s fitting that the government should apologize there on behalf of all Canadians. It’s what the victims of the Komagata Maru incident deserve and we owe them nothing less.

Just as we look back and acknowledge where we’re failed, so too do we need to celebrate the remarkable success of the Sikh community here in Canada and Vaisakhi is the perfect opportunity to do just that. April is a special month, not only for Sikhs but for all Canadians. It marks the anniversary of the adoption of the Charter of rights and freedoms which ensures that no Canadian needs to make the choice between their religion and activities in their day-to-day lives. The charter ensures that the five Ks are protected. As Canadian Sikhs gather with their loved ones to mark the creation of the Khalsa, it’s a chance to reflect on shared values and celebrate the successes of the past year.

FILED UNDER: FOR THE RECORD Justin Trudeau komagata maru