What Kevin Page gets wrong in his new book

The former Parliamentary Budget Officer delivers a rallying cry for public service reform, but his proposed solutions miss their mark 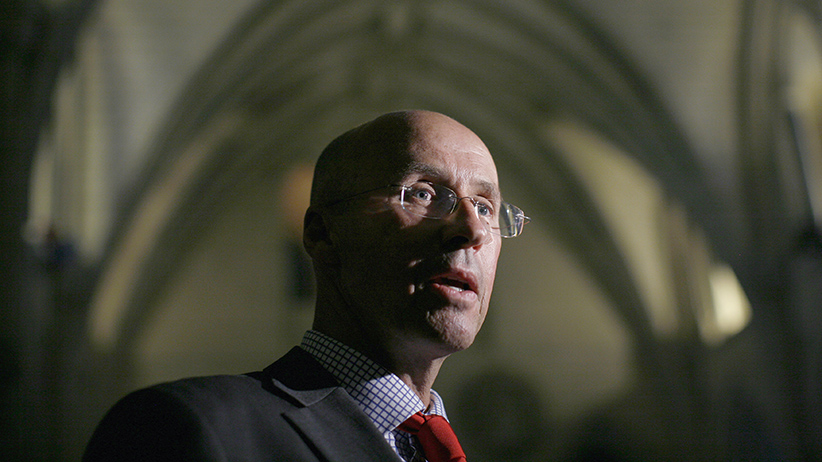 Kevin Page has proven himself to be, in his words, one “tough bastard.” His toughness is a central theme in the new book Unaccountable: Truth and Lies on Parliament Hill. It provides Page’s story as a man with something to prove and nothing to lose as Canada’s first parliamentary budget officer. (The PBO was created by the Conservative’s 2006 Accountability Act to provide independent analysis to Parliament on government finances, economic trends, government estimates and costing). The book recounts Page’s unexpected rise from obscure public servant to media star engaged in acrimonious battles with powerful people in Ottawa—including the Harper government, Parliamentary committees, and his boss at the Library of Parliament.

I first met Page in 2008, while interviewing for a job at the nascent PBO, where I worked for the next five years. Over that time I was struck by his ability to get people on board. He was a master at diffusing difficult moments, using praise, humility, self-deprecating humour and inspirational quotes. His ability to inspire and rally people was remarkable. Early on, after some high-profile and controversial PBO reports, public battles with the government escalated. This eventually enabled a potentially problematic “us-against-them” mentality to develop, as Page describes in the book. Even so, the most redeeming part of the job was that you always felt like you were a part of something larger than yourself. Working toward a large purpose. And you always wanted to do your best work.

Page’s behind-the-scenes account is a quick read that will be of particular interest to those who follow Canadian politics. His narrative permits various readings, including of a man trying to: cement his legacy as a principled fighter; settle scores with past adversaries; and position himself for a return to the public service if there’s a change of government in October. Even if this book simply “represent[s] one public servant’s perspective,” it helps shines a light on an important part of the history of institution-building in Canada and shouldn’t be ignored.

The author’s motivation with the book (and its release during the election campaign) is really a call to action—for Canadians to become more politically engaged, for civil servants to put an end to their “indifference,” and to “restore the power of the purse to members of the House of Commons where it rightly belongs.” These are all lofty and worthwhile goals.

But alas, after the book’s build-up in the first 13 chapters, the final act is where Page’s push for reforms is found wanting. While he correctly diagnoses many problems that plague Parliament Hill, he offers few realistic alternatives. His stories succeed in getting us worked up about the past, but they fail to provide a workable plan for the future.

For instance, Page argues that “the public service in Canada needs an overhaul.” While many of those involved would agree that things could be better, what exactly does this entail?

The crux of the problem, as Page sees it, is that “the public service has stopped showing its work.” In this case, the way to improve the public sector is clear: we need more transparency, which in turn will restore public trust. Problem solved. Unfortunately, Page gets the timing backwards. For formal and informal information sharing to get off the ground, you first need to establish mutual trust.

Consider what happened after a few PBO reports were released at press conferences during an election and in major media briefings. The public service rightly came to worry that sharing information with us might land their department on the front page with negative headlines. As a result, they rarely did so, except in rare cases when it was in their interest. At the end of his tenure, Page even took the drastic step of suing the federal government over information access. But ratcheting up the tension didn’t clarify the issue or fix the problem. Instead, the PBO needs to de-escalate the situation, build bridges and mend broken relationships in order to regain some trust. The PBO should adopt clear guidelines for its media engagement, which should only occur after product releases, and provide departments with a courtesy heads-up before major reports are released.

Regrettably, Page’s repeated demands for transparency merely become slogans. Critical questions go unaddressed about the fully transparent government he so desires, such as:

• What are the pros—and cons—of an open approach to government in a time of ubiquitous social media, 24/7 news and political commentary, when information (and any misinformation and missteps) can quickly go viral?

• Should the media have open access to public servants, and if so, how would the civil service convey the facts as well as the context of complex, competing factors that cabinet weighs in its decision-making?

• Should senior civil servants speak out publicly when they disagree with the political choices of a democratically elected government—which is at odds with the Westminster system?

• Which countries should Canada be following to improve our public service?

To improve the PBO, Page restates long-standing proposals of: strengthening the legislation; improving the appointment process; and making the office fully independent.I certainly don’t have all the answers, or space in this article, so see my suggestions here for my views on the way forward for the PBO.

Before he left the job—but after it had become clear that Page wouldn’t be replaced by an internal candidate who’d follow in his vision for the office—he warned of a PBO cliff, “if they . . . hire somebody that has no experience or knowledge of the budget process.” And his book ominously concludes that, “all indications are that (the PBO) will be unwound.”

Page’s claims of the PBO’s imminent demise are made to create urgency for reform. But 2½ years after he left the office, it seems clear that any PBO cliff has been averted. Two of the three internal candidates that Page preferred as his successor remain in senior positions at the PBO, and the nature and quality of its reports have not much changed.

Moreover, the media continues to cover most PBO reports (such as economic and budget forecasts, and cost estimates of potentially large procurements). Indeed, thanks in large part to Page, the office is so well-established that the media simply can’t ignore them. As senior staff regularly appear in the media to explain PBO analysis, this doesn’t look like a hamstrung office.

The process to hire and fire the PBO should be improved, as Page suggests. However, Page himself often downplays his own role in the success of the office and emphasizes the crucial contributions of the PBO’s analysts, as those writing the reports probably matter just as much as the person occupying the top position.

Is the PBO’s independence the crucial issue that Page maintains? I’m unconvinced, but once again his own stories undermine the argument. They show that a Kevin Page-led-PBO largely did what it wanted despite any constraints written into law. Did that office really need more independence or perhaps some checks and balances and better co-operation with the public service?

Furthermore, regardless of the potential benefits, independence is not free. If an independent office couldn’t continue to share administrative services—like office space, information technology and human resources—with the Library of Parliament, then its operating costs would increase just to produce the same amount of research. That said, I believe that a truly independent office with a significantly enhanced budget could definitely do some more good work.

The PBO’s early years are an important chapter in Canada’s parliamentary history. The office has improved the availability and quality of publicly available budget information. This has helped to level the playing field of analysis between Parliament and the executive branch, as the original legislation intended. Kevin Page, and his toughness, deserve much of the credit for this accomplishment.

Now Page is looking to complete unfinished work: the vital but difficult issues of raising citizens’ political engagement, reforming the public service and redesigning the PBO. His attention to these issues has the potential to attract public attention and rally support for change. But the portrayal of PBO as the principled defenders of the “truth” and the public service as indifferent (or worse, morally bankrupt) is simplistic, unfair and counterproductive—at a time when the PBO needs to be building bridges with the public service.

Both the public service and the PBO are fallible. They certainly can—and should—be improved, but neither is as fundamentally broken as Page portrays. The real outstanding issue is how best to improve them. Even if the situation is as bad as Page suggests, his proposed solutions wouldn’t resolve the complex problems these organizations face. Continuing that dialogue would be a great topic for another book.

Stephen Tapp is research director at the Institute for Research on Public Policy. He worked as a senior economist at the PBO from August 2008 to January 2013. These views are his own. E-mail: stapp@irpp.org; Twitter @stephen_tapp.