What should Canada do about returning jihadists?

Arresting them all won't work, says a leading expert who argues for 'reintegration' into Canadian society 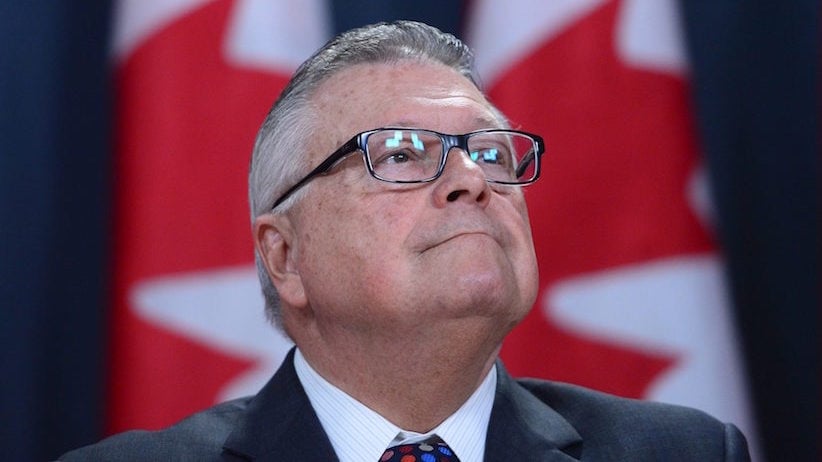 What to do about Canadians who joined the so-called Islamic State when they come home—now that ISIS has been routed on the battlefield in the territory in Iraq and Syria that it used to call its “caliphate”—has emerged as a challenge for Justin Trudeau’s government.

The return of battle-hardened ISIS terrorists is a disturbing prospect. Public Safety Minister Ralph Goodale’s office says the number of individuals shouldn’t be exaggerated, though, telling Maclean’s that Canadian intelligence agencies are aware of about 60 terrorist travellers who have returned to Canada from conflict zones in the past decade, including a small number from Syria and Iraq.

Even lumping them together under the heading “foreign fighters” isn’t entirely accurate, since some were involved in financing terrorism or generating propaganda. An estimated 180 to 190 terrorist travellers with ties to Canada have not come back, but a spokesman for Goodale said in an email, “We don’t expect many to return with the number of casualties and the challenge of leaving those areas.”

Still, figuring out how to handle any who do make their way to Canada is now a pressing concern. Lorne Dawson, a professor in the University of Waterloo’s sociology and legal studies department, has a unique perspective on what might work—and what likely won’t. Dawson is part of a team of academic researchers who have systematically interviewed dozens of foreign fighters in Iraq and Syria over social media, trying to formulate a picture of their motivations and backgrounds.

He’s also closely familiar with programs in Europe that tried to prevent radicalization of young men in the first place—approaches that have been adapted to cope with former ISIS fighters when they straggle back from the conflict zones. Dawson spoke with me earlier today about what Canada should be doing, including what the federal government might learn from Britain and Denmark, where the scale of the problem is much larger.

Q: Given how bad ISIS is, shouldn’t returning fighters just be arrested?

A: It’s going to be almost impossible under most legal jurisdictions to find enough solid evidence to really convincingly prosecute them. So you could waste your time prosecuting them and have about half your cases fail in the courts, which no government wants to do on terrorism issues because it just looks bad, politically bad, and it’s sets all kinds of bad precedents.

That’s true in Canada, too. You do not want to prosecute unless you think you have a really strong case. Trying to get that kind of evidence, legally viable evidence, out of places like Syria and Iraq, so you could prosecute someone, the challenges are just unbelievable.

Q: So what do you do when the fighters come back? Someone returns who looks to have been involved with a terrorist group in Syria or Iraq, but you don’t have enough evidence to arrest them. What should you do?

A: You need to sit down and have a conversation with these people. They need to enter into these programs for countering violent extremism. But it has to be voluntary, or relatively voluntary, everyone knows that, or it won’t work. But, of course, you make it only somewhat voluntary by saying, “Look, your options are either you enter into this program or we’re going to continue to do a full-court press on you to prosecute you.” And most of them are aware they could end up in prison. So there is a strong incentive.

Q: And what does the program they’ve signed up for look like?

A: You have panels of experts that gather and they are supplied with all the information that can be found on the person. These experts are from multiple backgrounds. So social working, community working, educational specialist, occupational therapist, religious leaders from the community—anyone who’s thought to be relevant.

A: First you do assessment. What is this person’s situation? Well, they’re not going to be able to reintegrate into our society because they didn’t even finish their high school. Right away, let’s start finding a way for this person to complete their educational requirements. They’re going to need some subsidy to do that. They’re going to need some assistance in getting into a program. Provide that.

They then also initiate family counselling and try and get the person, if there’s strained relations with the family, reconnected to the family and reintegrated in the community in that way. Now, through this whole process they have to report to the police regularly. They’re being monitored, they’re not being surveilled, that would be way too expensive. People are making sure they’re not associating with other known jihadists and things of that nature.

Q: Is there any evidence this sort of approach works?

A: We don’t have exact numbers, but the Danish government basically is saying they’ve now dealt with dozens of such individuals and that there’s not a single case yet where they’ve encountered someone going through one of these programs who then went and committed a terrorist act. Doesn’t mean it couldn’t happen.

Q: What would you say to people who’ll respond to all this by saying, “Oh, come on, professor—these are hardened, horrible people, who are implicated in all kinds of atrocities. How can you talk about a rehabilitation?”

A: I recognize the resistance to these ideas. But, from the best studies we have available—which admittedly do not deal with people coming from Syria and Iraq and from ISIS, where we have a much more extreme circumstance—but from all of the real studies done of the people who fought in Afghanistan, Chechnya, Bosnia, Somalia and elsewhere in the world, involved in jihadist struggles, the numbers show that about a third die in the fight, about a third never come back because they want to go live in a Muslim-majority country and they disappear into Morocco or wherever, and about a third come home.

Of the ones that come home, the vast majority are either disillusioned or they’re to some extent traumatized and feel they done their bit—”I did my service to fight for the Muslim people against their oppressors, but I’m done.” A tiny fraction of them will be coming back actually still radicalized and interested in engaging in some kind of, you know, further terrorist action. And so this is why you have to have a really careful debriefing process, an assessment process, and of course our security officials know how to do that. That’s their job.

Q: Are you still in contact with active foreign fighters? Are you talking to them, the way you’ve done in the past through social media?

A: Yes and no. Our channels are still open, but there’s nothing happening. Because ever since the major assault on Mosul, almost all the presence and social media of the individuals we were talking to, or watching on Twitter and other social media, they just disappeared.

Q: Do you think they are dead?

A: Many I think are dead. And I think what happened is, of course, once full military activity happened, they were just told, “You do not use your phone.” Obviously phones can be tracked in various ways. All communications stopped. We haven’t had an actual live conversation with anyone in Syria and Iraq in a couple of months.

Q: Do you get called by CSIS and RCMP regularly about what your online contact with jihadists in Iraq and Syria? Do they ask you for information?

A: No. Our funding is from the government. It’s through competitive programs. Our current funding is from the community resilience fund, through this new Centre for Community Engagement and Prevention of Violence. So of course they recognize, and it’s always stipulated in there, that we have academic freedom.

It’s arm’s length, independent, all subject to normal ethics procedures through the universities. And so they know the only way we got ethics clearance to do this research was to have extremely high guarantees around confidentiality. They recognize, in the end, they will get our results, which are beneficial to them, but they don’t get details.