Politics Insider for April 5: Canadians' shaky confidence in Trudeau, Wilson-Raybould and Philpott speak in depth, and why USMCA is sunk 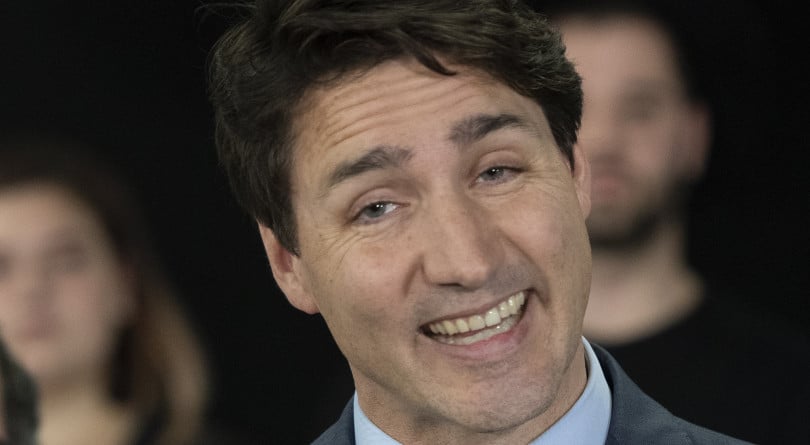 Prime Minister Justin Trudeau‘s bush-league handling of the SNC-Lavalin file over the past few months has made one thing abundantly clear: 21st-century Trudeauism as a system of government is badly broken, writes Paul Wells:

The so-called deferred prosecution agreement that would have saved SNC from a trial, but that only an attorney general could order the public prosecutor to negotiate, remains available. At this writing, David Lametti hasn’t delivered the public order that would trigger its use. Now, of course, there’s been a lot going on. But was Trudeau only intent on action if he could be bold in secret? Was he only going to save those 9,000 jobs if it was easy? How thrilled are you to learn that a Prime Minister who’s determined and firm and in that kinda mood hasn’t actually done anything to get closer to effective action?

I ask because I’ve been struck by a peculiarity of this whole mess. It’s this: How did this scandal manage to rattle this government so profoundly? And the best answer I can find is this: Because it reveals truths about this Prime Minister that shake many Canadians’ confidence in him. (Maclean’s)

Maclean’s Ottawa bureau chief John Geddes spoke extensively with both Jody Wilson-Raybould and Jane Philpott in the wake of their expulsion from the Liberal caucus. If you’ve been at all following the SNC-Lavalin play out these past seven weeks, his Q&As with the two MPs are required reading:

Philpott told Geddes that attending Wednesday’s Daughters of the Vote event, when 338 young women from across Canada filled the House of Commons, was “like a balm to my soul.” Presumably Trudeau did not find it as soothing. After roughly 50 of the attendees walked out on Conservative Leader Andrew Scheer’s speech, the same number stood as Trudeau spoke and turned their back on him. Shannon Proudfoot presents a play-by-play of the remarkable day:

“The spectre of Canada’s famously feminist Prime Minister marshalling a rictus grin and addressing a room full of utterly fierce young women—several dozen of them literally turning on him—was the image that stuck.” (Maclean’s)

Remember when the only thing #CdnPoli seemed to care about was U.S. President Donald Trump‘s latest kooky comment about Canada? He’s baaaaack: “Canada is very, very tough. We love Canada. We think of the beautiful song, the ice hockey games. O Canada, isn’t it beautiful? But in the meantime, they knock the hell out of us on trade. … They’re not at all nice about that situation, but we’ve made them nice. We’ve made them nice and they’re not happy about what happened.” (CTV News)

One niggling problem—there’s almost zero chance the USMCA trade deal will be ratified this year, if ever. “It doesn’t appear possible that there will be any ratification this year,” Lawrence Hermann, a lawyer who watches Canada-U.S. trade issues closely, told the Globe and Mail. “The political agenda is simply too toxic.” (Globe and Mail)