What to expect in today's Senate spending audit 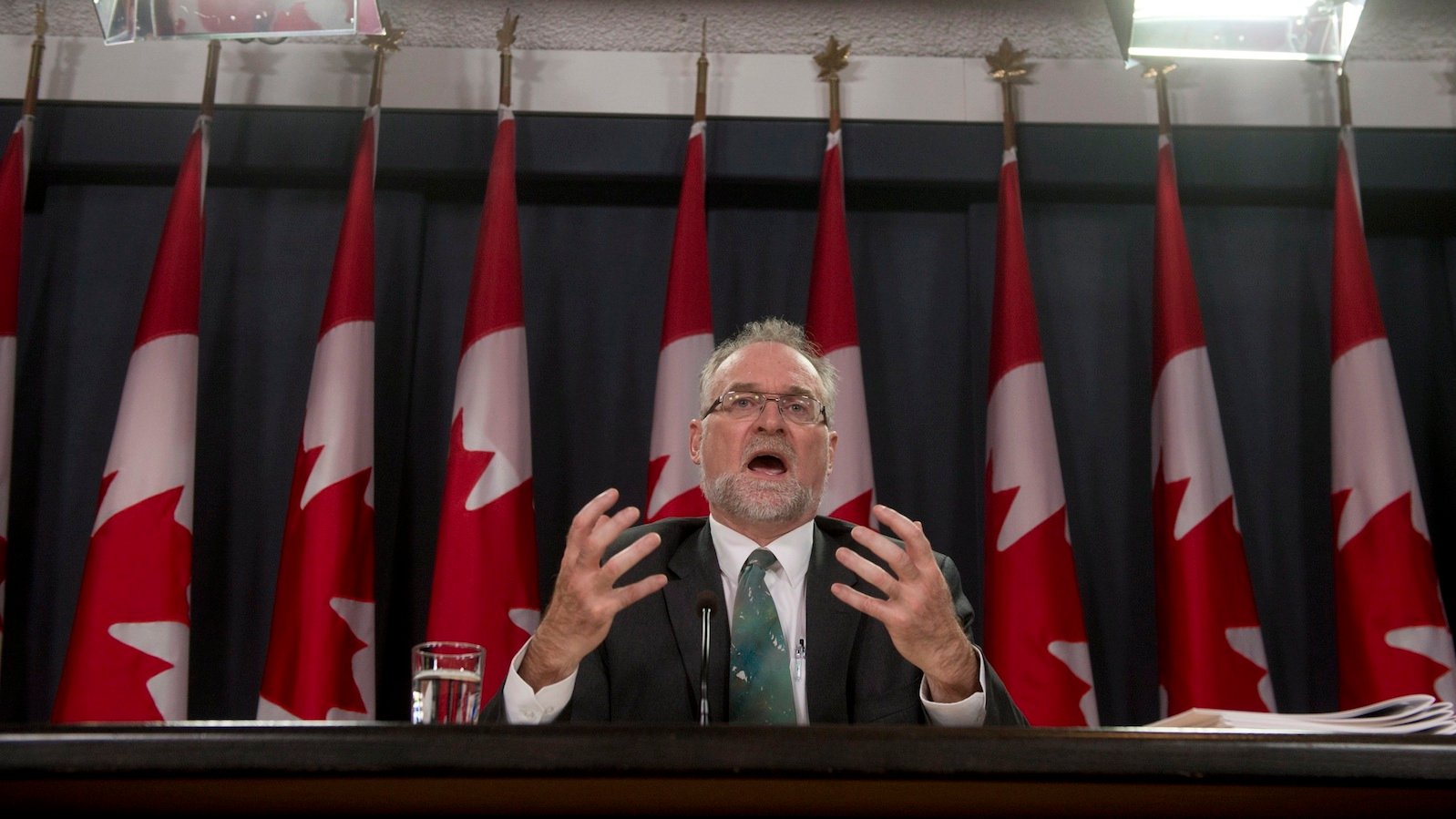 OTTAWA — After almost two years of work, auditor general Michael Ferguson’s long-awaited audit of Senate spending is about to be released to the public.

Many of the details have already been leaked: the names of the 30 senators whose spending was flagged, including nine whose files have been sent to the RCMP; the amounts each of them owe and the amount they paid back; and Ferguson’s observations about attitudes in the Senate towards taxpayer dollars.

All that’s missing are the details. But anyone looking for them today —Where did senators travel? How many extra nights did they stay in one spot? What days did they claim per diems? — may be disappointed.

The report, which weighs in at nearly 120 pages, is a series of summaries on the audit of each of the 30 senators in question — flagged either because there wasn’t enough evidence to prove they followed the rules, or conflicting evidence prevented auditors from reaching a conclusion.

Ferguson’s two-year review of 80,000 transactions totalling about $180 million found almost $977,000 in problematic spending. He cites a lack of “oversight, accountability, and transparency,” saying senators didn’t always ensure that their expenses “were justifiable, reasonable, and appropriate.”

“The weaknesses and problems uncovered in the course of this comprehensive audit of senators’ expenses call for a transformational change in the way expenses are claimed, managed, controlled, and reviewed,” Ferguson writes in the report, a copy of which was viewed by The Canadian Press.

“Simply changing or adding to existing rules will not be enough. Improvements in oversight, accountability, transparency, and senators’ consideration for the cost to taxpayers are needed to resolve the issues that we have identified.”

The audit recommends an independent oversight body of experts be established to decide whether an expense claim falls inside or outside Senate rules.

It also calls for regular, outside audits of spending to promote “diligence and discipline” from senators, staff and the administration responsible for spending public dollars.

Such a system would have prevented the sort of snowballing problems that engulfed disgraced senators Pamela Wallin, Mike Duffy, Mac Harb and Patrick Brazeau, the report says.

On Monday, a trio of top senators — Speaker Leo Housakos, his deputy Nicole Eaton, and Senate Liberal leader James Cowan — said they would pay back the money, even though they felt they had done nothing wrong.

Combined, their bill was about $20,000, with Cowan accounting for half of that. Senate government leader Claude Carignan has also already repaid about $3,000 in dubious travel claims for one of his staff.

The trio faced tough questions from their colleagues last week over why, despite being named in Ferguson’s report, they were involved in setting up an arbitration process that gives senators a chance to potentially quash Ferguson’s findings.

Housakos, Cowan and Carignan were accused of having a conflict of interest for setting up a process that could end up helping them.

Housakos said he repaid about $7,500 in all for travel by a staffer and contracts handed out through his office before he became Speaker because he didn’t want to impugn the “integrity of the process or the manner in which it was implemented.”

Cowan, too, denied any conflict of interest, saying he continues to “respectfully disagree” with Ferguson’s claim that three trips to Toronto in 2011 were for personal events, rather than parliamentary business.

“I have taken this action solely to remove any lingering perceptions about the integrity of the arbitration process.”

Eaton said Ferguson disallowed $3,489 worth of expense claims for four trips she made to Toronto to attend meetings of not-for-profit boards on which she sits. She said she disagrees with Ferguson’s conclusion that the trips were aimed at advancing her “personal interests.”

Senate spending rules, she said, allow senators to charge taxpayers for trips that have a “public interest.” Ferguson’s definition of “parliamentary function” will hamper senators from engaging in community service in future, she added.

A fourth high-profile senator went public Monday about being named in Ferguson’s report, saying the auditor general doesn’t have a “true appreciation” for the toll of regular, cross-country travel.

“Not only do Senate rules clearly allow for stopovers and overnight stays in the (national capital region) following the conclusion of Senate business, both are an intrinsic and unavoidable component of long-distance travel,” wrote David Tkachuk, who chaired the committee that oversaw Mike Duffy’s audit.

“It concerns me that if we were to accept the auditor general’s opinion of my travel, we would be setting an unachievable expectation of senators.”