What the transparency act reveals about the pay of Aboriginal politicians

Thanks to a new bill, more and more details of band finances are being disclosed. Not everyone will like what they see. 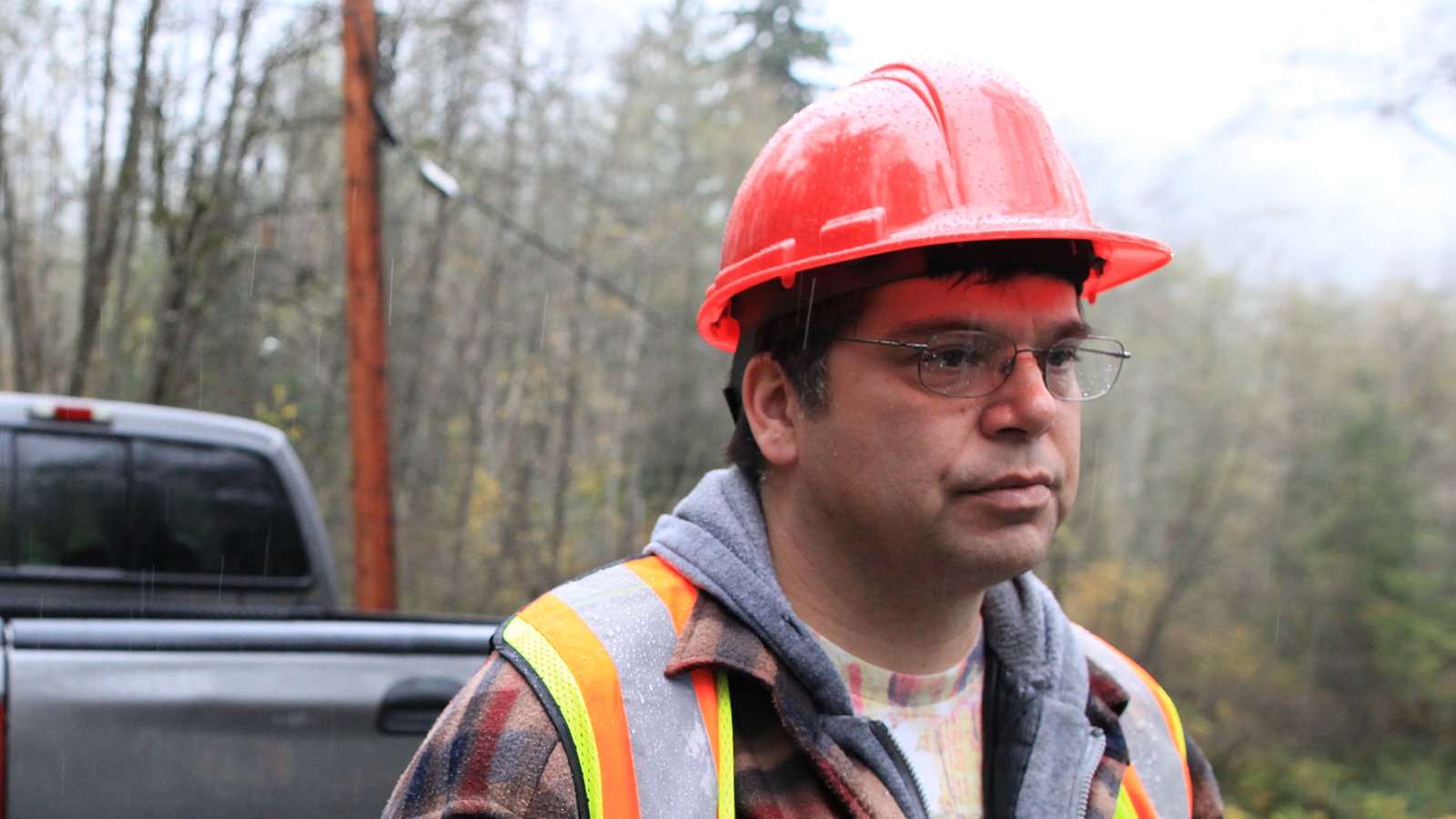 Chief Arthur Noskey earned a salary of $103,000 last year as the elected leader of the Loon River Cree, a northern Alberta First Nation with an on-reserve population of fewer than 500. He is a rarity among Aboriginal leaders. It’s not his pay level that makes him stand out; dozens of other chiefs across Canada make tax-free, six-figure salaries. What’s unusual about Noskey is that, among several conspicuously well-paid chiefs contacted by Maclean’s about how much they make—as those figures are in the process of being made public by the federal government—he was alone in quickly offering an upbeat, unapologetic account. Along with his political function, Noskey explained, he takes a leading role in directing six band-owned companies, from trucking to oil-patch services. “If I were in the real world, with these big CEOs, what do you think I’d be making?” he asks.

Questions about how closely the pay of Aboriginal politicians mirrors the real world are, in fact, likely to be asked with increasing frequency this fall. Under the First Nations Financial Transparency Act, which the Conservative government passed last year, more details of band finances are being posted daily on the federal Aboriginal Affairs and Northern Development website. About 580 bands covered by the law must file by the end of November, but, so far, only about half have submitted disclosures. Sifting through the documents one by one, Maclean’s compiled figures for 327 First Nations, available as of last week. A picture of wildly varying pay—from $644,441 for Chief Jim Boucher of the Fort McKay First Nation near the oil boomtown of Fort McMurray, Alta., to just $3,000 for Chief Brian Burke of B.C.’s Gitwangak Indian Band—is coming into focus.

Early attention was dominated by the revelation that Chief Ron Giesbrecht, of the the tiny Kwikwetlem First Nation in British Columbia’s lower mainland, took home an eye-popping $914,219 for the 12 months that ended last March 31. Incredulous news reports of Giesbrecht’s pay were followed by angry protests from some members of his First Nation, which has just 35 members living on its reserve. Giesbrecht’s huge windfall last year came as a result of the band’s decision to pay him a 10 per cent bonus on economic development deals he struck. When the B.C. government paid the Kwikwetlem First Nation about $8 million to walk away from its claim to a valuable piece of property, he hit the jackpot. In fact, his bonus was so outlandish, the generous, untaxed pay of other chiefs briefly seemed modest by comparison. They probably owe him a thank-you.

Making comparisons among First Nations, though, is fraught with difficulty. There’s no strict consistency in how bands report the income of their chiefs and councillors, so the figures must be approached cautiously. Some report a flat salary, many separately tally up “honoraria” based on factors such as the number of meetings attended, and others also break out income from other band jobs. Then there are expenses, especially for travel, which are often significant. Taking into account all remuneration, including expenses, the number of chiefs who cost their bands more than $100,000 a year jumped to 105 of the 327. Loon River’s Noskey, for instance, claimed $77,218 in travel expenses he collected last year. He says he needs to be in Edmonton, a five-hour drive from Loon River, nearly every week for meetings with government officials and oil industry executives. Another key factor is the common practice of chiefs collecting a second salary for holding another band staff position. Chief Terry Paul of Membertou First Nation in Cape Breton, N.S., for example, made $70,000 as chief, another $110,000 as the band’s acting chief executive, while claiming $33,921 in travel expenses.

Not surprisingly, many chiefs are angry that the federal government is exposing them to critical attention over what they make. Some complain their pay levels are often compared to those of the mayors of towns and cities near their reserves. Those contrasts can be stark. For instance, Chief Darren Whitford of Alberta’s oil-rich O’Chiese First Nation, with an on-reserve population of 842, earned $164,453, and charged $100,778 in travel and other expenses, while Mayor Fred Nash of nearby Rocky Mountain House, with a population of about 7,500, says he made about $42,000, on which, of course, he paid income tax.

But Chief Terence McBride of the Timiskaming First Nation in Quebec, an outspoken critic of the transparency act, scoffs at the notion that even mayors of much larger communities shoulder anything near the political and administrative burdens of chiefs. McBride, who earns $60,000 as the Timiskaming chief, says First Nations leaders have to handle files such as health and education, often negotiating for funding and services with Ottawa and sometimes provincial governments. But municipalities generally leave education and health to the provinces, which have jurisdiction over the fields. The economic development challenges faced by chiefs, McBride adds, are usually more pressing than mayors confront. “Obviously, if you look at the responsibility that a mayor has and the responsibility that a chief has, it’s night and day,” he says.

The sources of chief and band-councillor pay also raise complicated questions. The federal government transfers money to bands based on formulas that take into account factors such as population and location. Some bands pay their elected officials only out of those federal funds. Others supplement chiefs and councillors with revenues from band-owned businesses. Don Maracle, the veteran chief of the Mohawks of the Bay of Quinte in Ontario, collected a salary of just $33,180 last year, an amount he says was dictated by what Ottawa allocates his community for administration. But he defends the right of First Nations that have other revenue streams to pay as much as they see fit. Maracle argues that shouldn’t be a distraction from what he calls “chronic underfunding” for social services, economic development and other pressing needs on many reserves.

Chief Debra Hanuse of the ‘Namgis First Nation, which shares Cormorant Island with the village of Alert Bay off the north coast of Vancouver Island, is another chief whose pay, $23,359, is far below the norm. She’s a lawyer who recently moved back from Vancouver to lead her home community, where a decline in the fishing industry has hit the local economy hard. But Hanuse isn’t critical of chiefs who far out-earn her. “Each community has to decide, and you can’t just lump everyone together,” she says. “In some circumstances, you can’t recruit qualified persons to communities that are remote. When you’re taking people away from the chance to make a living, obviously, decisions are going to have to be made about how to compensate your leadership.”

Coming from a modestly paid chief, that plea for First Nations to be left alone when it comes to setting their politicians’ pay carries a certain credibility. Yet it seems unlikely to be heeded. Outside critics, led by the Canadian Taxpayers Federation, are focused on the issue. And, after all, even bands with their own revenue sources also typically collect millions in federal transfers. Attention seems bound to grow, and could peak soon after that end-of-November deadline for all bands to file disclosure documents with Aboriginal Affairs. Even if no more cases as explosive as Giesbrecht’s turn up, First Nations leaders must brace themselves for a tougher debate about what they are paid.

—with files from Nick Taylor-Vaisey