What you need to know about Michael Chong 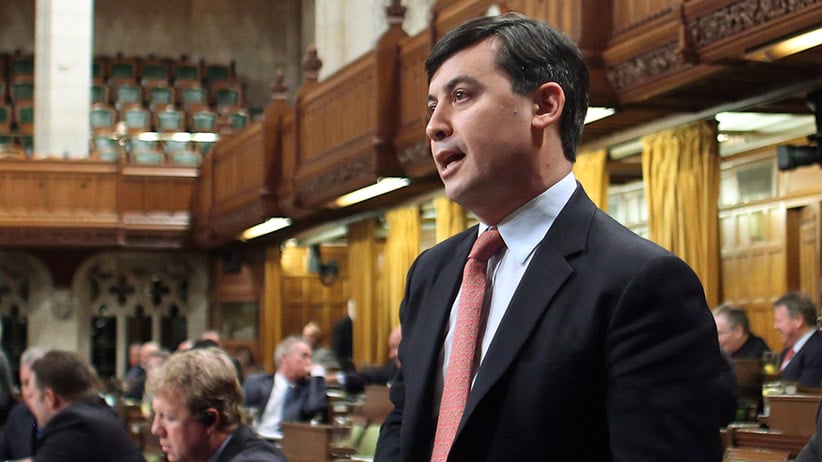 Michael Chong’s political career has been marked by some big surprises, but the Ontario MP’s widely anticipated announcement this morning that he is running for the leadership of Conservative party isn’t among them.

Chong’s appointment in 2006, when he was just 34, to then-prime minister Stephen Harper’s first cabinet, as intergovernmental affairs minister, was a surprise. Even more surprising was his resignation from cabinet later that same year, over Harper’s motion in the House to recognize “the Québécois as a nation within a united Canada,” a distinction Chong said violated his idea of Canada.

Quitting cabinet gave Chong a lasting reputation as a principled politician, but it also cut him off from influence in Ottawa. He gradually regained some by the surprising route of doggedly championing more independence for MPs from their party leaders. His Reform Act, passed last year, allowed MPs the right to vote within their party caucuses at the start of each new parliament on whether to give themselves the power to vote for their own caucus chair or, in extreme circumstances, even vote to remove their leaders.

But Chong’s bid for the Tory leadership has to be based on something broader than the Parliament Hill preoccupations he is best known for among political insiders. In an interview with Maclean’s, he stressed the appeal of his personal narrative, as the son of a Chinese immigrant father and a Dutch immigrant mother, along with bedrock Conservative policies like cutting taxes.

The rise of Justin Trudeau’s Liberals, he suggested, should not make Tories turn away from the policy playbook entrenched as orthodoxy during the era of Ronald Reagan, Margaret Thatcher and Brian Mulroney. “Conservative principles have served the modern West extremely well in recent decades and we should not abandon them,” he said.

On specifics, Chong was pointedly critical of the Trudeau government’s move to introduce a new top marginal tax rate, the rate paid by those earning $200,000 or more, of 33 per cent, up from 29 per cent. He compared Trudeau’s new top bracket to “the old policies of the 1960s and ’70s that so miserably failed our economy.” He praised the tax policies of Mulroney’s government in the 1980s and, perhaps unexpectedly, the approach taken in the 1990s by Liberal prime minister Jean Chrétien and finance minister Paul Martin. “I think we need to flatten, lower and simplify our personal income tax system,” he said.

Asked if he thought Canadian voters would like the sound of a Tory pledge to cut taxes for those earning $200,000 and up, Chong said, “So for much of the 1970s, we had 10 federal income tax brackets. The upper bracket was 34 per cent. Those policies failed our economy.” In any case, he said his policy would emphasize broader cuts, balanced budgets, and the need for government to stick to delivering core services.

But Chong is putting arguably more emphasis on his family’s history than this policy thrust. His father was a Chinese immigrant physician, his mother a Dutch immigrant nurse and homemaker. After arriving in Canada almost penniless in 1952, Chong’s father worked his way through the University of Manitoba to earn a bachelor of science degree, and then completed medical school at the University of Ottawa—a trailblazing accomplishment.

Chong says many immigrants will see in his family’s saga a version of their own struggles and achievements. “It’s a story they can identify with and they can understand,” he said. “I’m going to tell that story to make them understand that the Conservative party is the party of their dreams and aspirations.”

Under Harper, the Conservatives put enormous strategic emphasis on courting immigrant voters, especially in the suburbs around Toronto and Vancouver, only to watch those new Canadians return in droves to their traditional Liberal voting pattern in last fall’s election. Still, it’s far from clear that Conservative party members, especially in the party’s Prairie electoral strongholds, will rally to Chong as their best bet for recapturing those key constituencies.

He is closely associated with the Progressive Conservative side of the party, a tradition that remains strongest in the east, rather than the Reform wing, which is rooted in the west. Chong played down that internal division, though. “I think the old cleavages of right and left in our politics generally, and of our two predecessor parties within the Conservative party, are fading,” he said. The old regionally based notions of political identity are fast being replaced, he added, by the ways social media dominates party politics.

The field Chong will be up against in the contest to replace Harper is only beginning to take shape. Quebec MP Maxime Bernier, viewed as a libertarian, is running, along with Ontario MP Kellie Leitch. But speculation swirls around such possible candidates as Alberta MP Jason Kenney, former Nova Scotia MP Peter MacKay, and even TV personality Kevin O’Leary. The party has set May 27, 2017, as the date for selecting their new leader.