What you need to know about Trudeau's cabinet shuffle

As Chrystia Freeland rises, Maryam Monsef falls. And as two Liberal vets move on, two ministers to watch move in 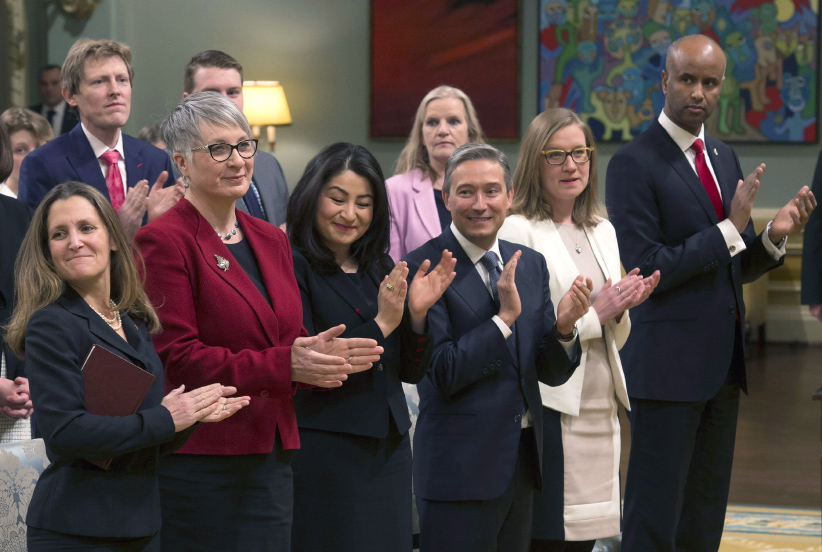 Here are the key moves from today’s federal cabinet shuffle:

To the victor (of the Battle of Wallonia) go the spoils: When a visibly upset and weary Chrystia Freeland walked out of talks with the European Union last October, over the possibility that the Belgian region of Wallonia’s objections might scuttle the deal, the then-international trade minister briefly looked politically vulnerable. But when the EU later came back with the Wallonian problem solved, and the deal was secured, Freeland came out the clear winner. As of today, she is Justin Trudeau’s new minister of foreign affairs. Freeland is a former economics journalist and author, deeply knowledgeable about Eastern Europe, and superbly connected in Washington. But is she also the sort of elite player with the potential to rub Donald Trump’s gang the wrong way?

Dealt a bad hand, played it even worse, paid the price: When Maryam Monsef was appointed minister of democratic institutions in Trudeau’s first cabinet, she was a good-news story: Afghan refugee kid rises to high office; a political rookie, just 31 years old, takes on overhauling the way Canadians vote. The problem was that Trudeau had promised to overhaul the electoral system, but hadn’t said anything about how it would happen. Monsef never seemed to figure out how to sell such a vague policy, and too often sounded cheerfully vacuous. Worse, though, was when she slammed a House committee for failing to provide the necessary answers. She had to apologize. And, it turns out, her time was up. She’s demoted today to minister of status of women.

Two old hands, two very different paths: John McCallum and Stéphane Dion, two of Trudeau’s most experienced ministers, are out. McCallum was admired for his work as immigration minister. He spearheaded the bringing of 39,500 Syrian refugees to Canada, and then tabling of key reforms aimed at boosting the economic contribution of immigrants. Trudeau is making McCallum Canada’s ambassador to China. Dion, a former Liberal leader, was regarded by many as a brittle performer in Foreign Affairs. The shuffle announcement didn’t contain the widely rumoured news that Dion will be Canada’s next ambassador to France. Trudeau said he offered Dion “a very senior position,” but that Dion has asked for time to consider his next move. Although they fared so differently in Trudeau’s cabinet, the tandem exit of McCallum and Dion makes an already very young cabinet younger still.

MORE: The redemption of Stéphane Dion

Three new names, three files to watch: We take a closer look at François-Philippe Champagne, the new minister of international trade, here, and at Karina Gould, the new minister of democratic institutions, here. They are in opposite positions: Champagne takes over from a conspicuous cabinet overachiever, Gould from a glaringly disappointing performer. A third new minister named today is Ahmed Hussen, who was born in Somalia and came to Canada as a 16-year-old refugee. Now, remarkably, the Toronto MP takes over from McCallum as immigration minister. About a decade ago, Hussen worked in the office of former Ontario premier Dalton McGuinty, back when Gerald Butts, now Trudeau’s principal secretary, was McGuinty’s top aide—a connection that can’t have hurt his chances of getting noticed in Ottawa.