Politics Insider Oct. 10: The snubbing of Doug Ford, Judy Sgro takes Trudeau blackface weirdness to the next level and a tax cuts showdown 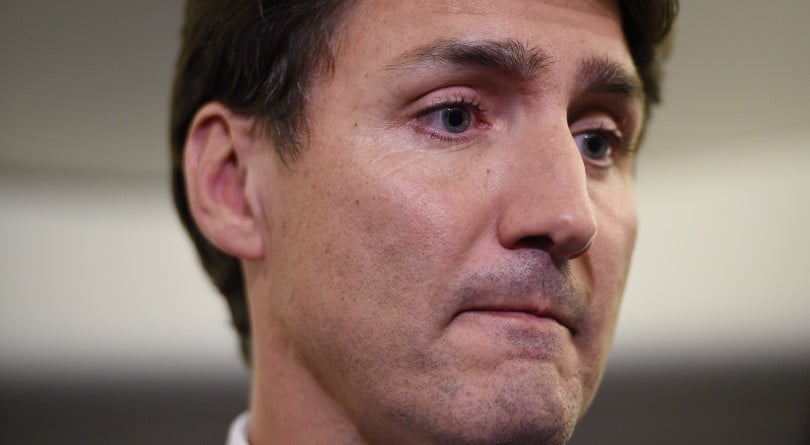 Brownface redux: Like a moth to light Justin Trudeau apparently couldn’t resist the opportunity to make a celebrity appearance on Jessi Cruickshank’s New Mom, Who Dis? Facebook show. After his cringeworthy appearance on Patriot Act with Hasan Minhaj last month, one might have thought his team would be wary of another set up less than two weeks before the election. Apparently not. Cue two cute little Black twin girls popping to their feet to ask Canada’s squirming Prime Minister: “Why did you paint your face brown?” Trudeau then apologizes to them: “It was something I shouldn’t have done, because it hurt people. And that is something that I learned. I didn’t know it back then but I know it now. And I’m sorry I hurt people.”

Remarkably, it would not be the only cringeworthy video clip related to Trudeau’s blackface getting attention.  In an interview a couple of weeks ago, a video clip of which only just now surfaced, MP Judy Sgro said Black Canadians actually like Trudeau more for darkening his face. “Those in the Black community have told me how much more love they have for the Prime Minister, that he wanted to have a black face, he took great pride in that too. And it’s the media that have blown this into something that it shouldn’t be.” Sgro, who most Canadians last heard from in March when she told former Liberal cabinet minister Jody Wilson-Raybould to “put up or shut up” over the SNC-Lavalin controversy, tweeted an apology.

Not my fault: Two messages are coming out from the Doug Ford camp about Andrew Scheer’s snubbing of Ontario’s unpopular premier. Amid endless Trudeau efforts to link Scheer to Ford in the minds of Ontario voters,  Scheer has avoided even mentioning Ford’s name, even while campaigning at times nearly in Ford’s backyard. Ford has noticed, and according to the Toronto Star he’s not happy. “He looks like the black sheep sitting in the corner simply because Scheer doesn’t want to make the narrative about Ford,” one source close to Ford told the paper. At the same time, Ford won’t stand to be accused of contributing to a Conservative loss should that happen: “After (Trudeau’s) ‘blackface’ (scandal), there’s no way Andrew Scheer can say Doug Ford cost him the election,” another source told the paper. “That’s on Scheer and Scheer alone.”

By dragging his feet in releasing the Conservative Party platform, Scheer isn’t helping himself fend off the Ford comparisons. The Ontario premier never bothered to release a platform when he ran last year, and Scheer’s critics and opponents have relished making that comparison.

Running back to Gatineau: The leaders will be back at the Canadian Museum of History for the second and final government-sanctioned debate, this one in French but promising to be just as crowded on stage as Monday’s debate was. You can read all the details about how to watch it here.

Jagmeet Singh, who is desperately trying to hold onto the NDP’s remaining seats in Quebec, is no doubt hoping he can repeat his performance from Monday night. A poll by Innovative Research Group for Maclean’s found that nearly one-third of those who watched the English-language debate thought Singh was the best of the lot, and it wasn’t just Dippers who thought so. Read more.

That sounds familiar: Scheer added to his list of hefty spending commitments by promising to close a border “loophole” that he says has been exploited by thousands of asylum seekers. He made the announcement at Roxham Road, the Canada-U.S. border south of Montreal which has become a popular entry point, pledging to hire 250 new border guards and somehow compel President Donald Trump to renegotiate the Safe Third Country Agreement, which lets Canada turn back asylum seekers from the U.S. but only when they show up at recognized border crossings. Speaking of Trump, Scheer borrowed one of the president’s go-to justifications for restricting refugees in his announcement: stopping MS-13, the El-Salvador-based street gang — even though fewer than one per cent of asylum seekers last year came from that country.

Tax guts: It’s been said many times that this is an election about nothing, but as Maclean’s Ottawa bureau chief John Geddes writes, both the Conservatives and Liberals have released big ticket tax cut plans. And while they are strikingly similar, there are important differences — even if the costing of the Liberal tax promise includes one pricey omission.

Learn more about what the parties are promising in the Maclean’s platform guide.

By the numbers: As David Moscrop writes, with the results for the popular vote so tight, Oct. 21 could bring a result which sees either the Liberals or Conservatives win the most seats even though they receive fewer votes than their rival:

As frustrating as the capricious popular vote may be, in Canada’s parliamentary system, it doesn’t matter how many votes you get—it matters where you get them. The prime minister is the leader of the party who commands the confidence of members of Parliament in the House of Commons. The popular vote itself is meaningless. The distribution of seats is decisive.

There’s a debate to be had about whether the popular vote ought to matter. Majoritarians say it should—the majority rules. Those concerned with regional and minority representation push back that the country can only exist if we preserve balanced, local representation, which means that sometimes you’re going to get a popular vote that’s out of sync with seat count. The latter are correct. A strict majoritarian system wouldn’t work in Canada, a country of regional variation and diverse concerns alongside a few heavily populated provinces. (Read more)