When novice MPs decide political life isn't for them 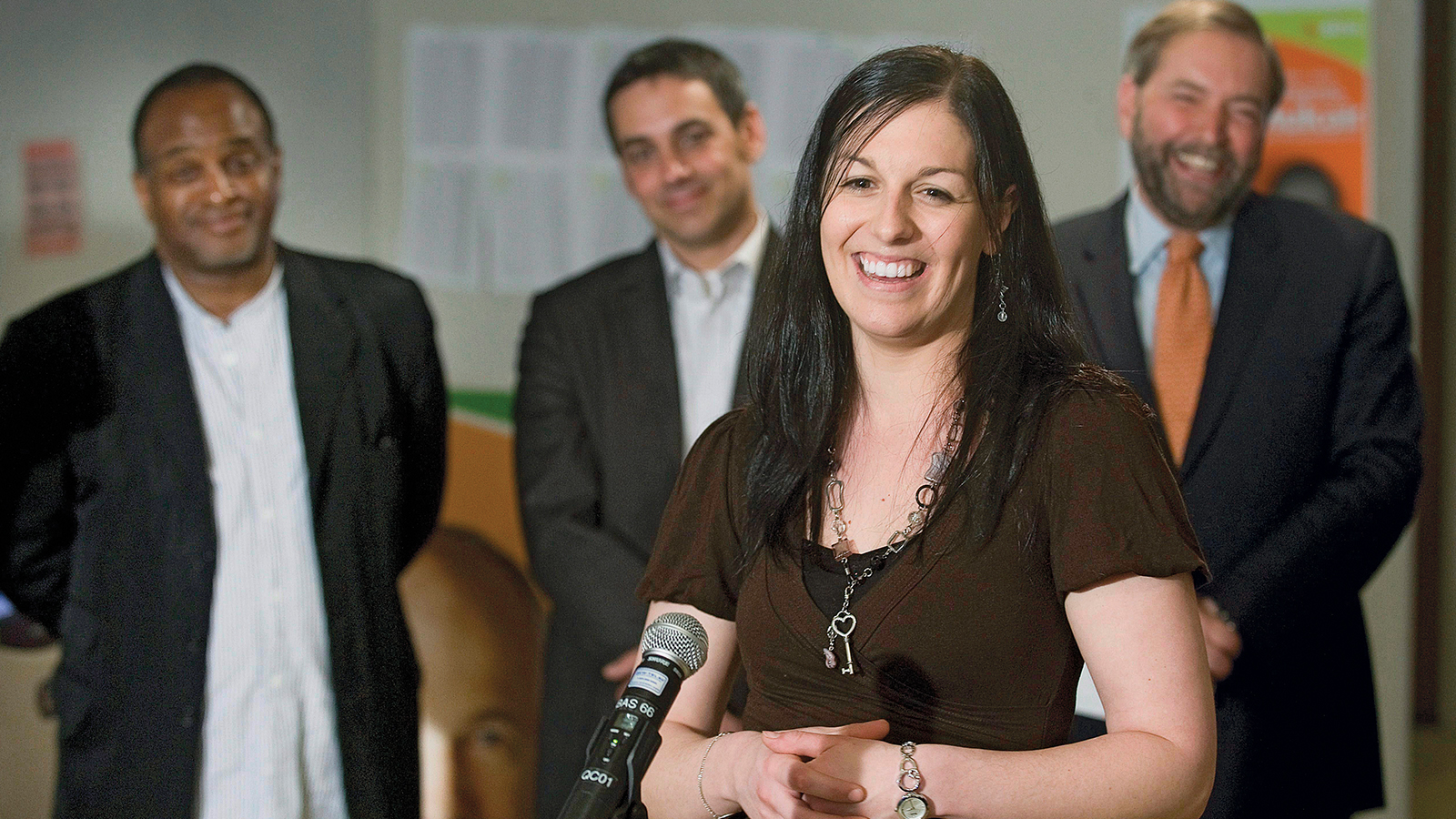 In the annals of electoral curiosities, there will always be a chapter reserved for the NDP’s Quebec class of 2011: dozens of individuals suddenly elected despite small-to-non-existent campaigns and beyond all reasonable expectations for a party with only the slightest history in the province. That group of 59—famously including an assistant pub manager who spent part of the campaign in Las Vegas, university students and other novices—has always had a certain feel of an experiment.

Three years on, that singular group of MPs faces another milestone: What will 2015 and the prospect of a new election bring?

Of the 59 elected in May 2011, two have since left for other parties—Lise St-Denis moving to the Liberals and Claude Patry to the Bloc Quebecois—while another, Manon Perreault, is suspended from caucus following a criminal charge. So far, with nominations opening around the other 57 ridings currently represented by a New Democrat, only one incumbent has announced that she will not seek re-election.

Marie-Claude Morin, now 29, was elected in Saint-Hyacinthe-Bagot in 2011, beating a Bloc Québécois incumbent by 14,000 votes despite spending just $8,553.58 on her campaign. (The NDP had never finished better than third in the riding before 2011.) “Obviously, I was surprised!” she says via email. “But, I was also very glad, politics was like a dream for me.”

Morin says she has enjoyed being an MP, save for having to be away from loved ones when Parliament was in session. But last year she was diagnosed with bipolar disorder (type two) and though she says the illness wouldn’t have prevented her from seeking another term, the experience made her realize she didn’t want to live the life of an MP. “Last year, when I became sick, I realized I spent the first years of my term without spending enough time with my boyfriend, my family and my friends. I realized they are very important for me! After my disease, I began a long reflection: Do I really want to continue to be a politician?” she says. She hopes to continue to be involved in politics, but will leave Parliament Hill with no regrets.

Though the circumstances of her election might have been novel, her reason for leaving is not—Ted Hsu, the rookie Liberal MP for Kingston and the Islands, similarly announced last week that he won’t be seeking re-election because he wants to be closer to his two young daughters. The personal burden of public life is perhaps an underappreciated element of politics. (Several of the NDP’s Quebec class, a relatively young group in 2011, have since become parents, and NDP Leader Thomas Mulcair has suggested that a daycare for the children of MPs should be pursued.)

It is expected that the vast majority of the class of 2011 will run again in 2015. Ruth Ellen Brosseau, she of the Las Vegas incident, will run again, as will at least three of the four McGill students—Matthew Dubé, Charmaine Borg and Mylène Freeman (the fourth, Laurin Liu, has not yet made a decision). “For me, this has always been the job I wanted,” says Borg. “Ever since the beginning I knew I was going to try to be here for a long time.”

Three years ago, most of Quebec’s ridings did not even have NDP riding associations, fewer than five nominations in the province were contested, and most of those who were elected managed to do so without running full campaigns—Brosseau, Dubé, Borg, Freeman and Liu were each elected without spending even a nickel, according to Elections Canada reports. This time there are riding associations and there will be better-funded campaigns and, in a way, a second chance to run a first campaign. At the same time, it will likely not be as easy as it was in 2011. Jack Layton, the driving force in that remarkable result, is dead, while the Liberals are resurgent, and there will be no (or at least less) chance of the NDP sneaking up on its rivals. Perhaps most surprising, the NDP maintains some chance of retaining most of its unexpected victories—a Leger poll in June put the NDP even with Liberals overall in Quebec at 34 per cent, but with a 14-point lead among francophones.

“Veteran MPs say the second campaign is the hardest no matter how you were elected the first time, so it’s definitely going to be a fun challenge,” Dubé says. “That said, it is significant because I’m looking forward to defending the work my team and I did in the riding and prove that despite the circumstances of the ‘orange wave’ we were able to turn into, humbly, what I feel are decent MPs.”​