When Pierre put his boys first 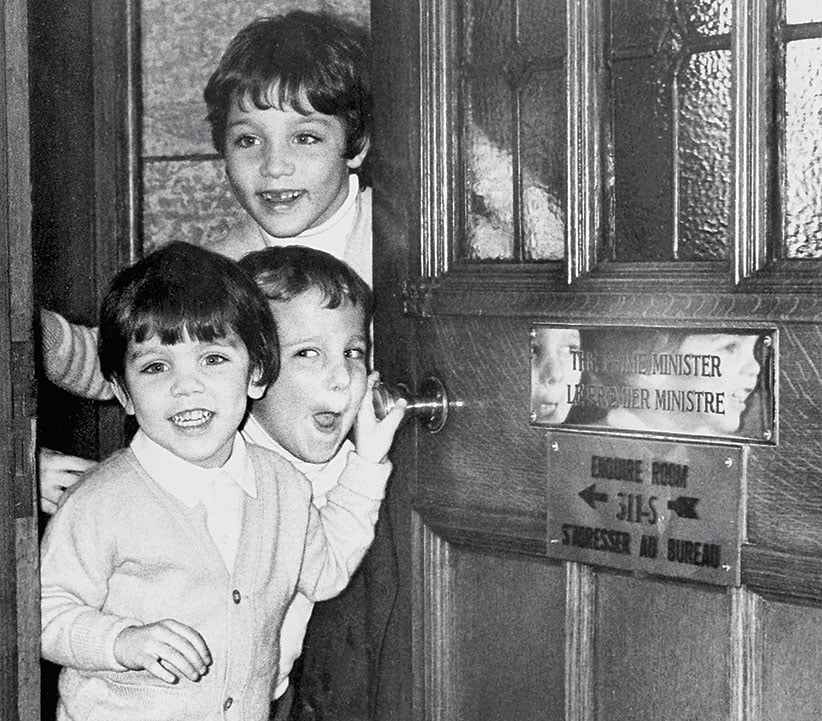 In a way that only children can understand, the news was whispered to his three young sons before bedtime Tuesday and, like members of some secret tree-house society, they responded: Justin, 7; Sacha, 5; and Michel, 4, pledged they would tell no one. On Wednesday morning, the protean Pierre Trudeau had tears for his caucus—“You’ve always known I was an old softie”—uplifting words for his personal staff and a stoic five-minute address for the country when he announced his political farewell. And if the news took the public by storm, nowhere were the shock waves more cataclysmic than at the red-brick Ottawa home that houses Margaret Trudeau. In many ways, the estranged wife of the former PM—a woman not noted for her discretionary secret-keeping powers—was the last to know.

That Trudeau, before going public, told his children first and his wife not at all, is no oversight. Rather, it was a clear—as clear as one gets from the enigmatic Trudeau—and calculating indication of where his personal loyalties lie.

While headlines in Britain’s tabloid Daily Mail hinted that Trudeau was leaving power to seek the glory of a marital reconciliation, Trudeau’s closest advisers were squelching any ill-founded rumours. “Believe me,” said one friend, “it just isn’t going to happen.” Another Trudeau friend went somewhat further: “Trudeau wants to leave to make more time for his boys. He’s worried about the effect that Margaret’s life has had on them. I think the personal reasons for him giving up politics are considerable.”

So Margaret Trudeau learned of her husband’s shotgun statement at 11:45 a.m., when reporters knocked on her door to ask for comment. (Trudeau himself denied reports that he and Margaret had discussed his resignation the night before. However, Margaret still picks up her mail at the Opposition leader’s official residence and has “generous access” to the children as agreed in their 1977 separation.) As has been the case since she took up occupancy in the $133,000 home, white blinds were drawn tight over all the windows.

Margaret answered the door in a yellow dressing gown and, on hearing the word, raced upstairs to change. She left the house, heavily made up, wearing dark sunglasses and a dark mink coat. She was carrying her cat called Smoky, and a green garbage bag.

Smiling, her face somewhat fatter when compared with the anorexic visage of her New York disco days, she would only say, “No comment” to questions about her husband’s decision. “I’m going to return the cat to my boys and then I’ll probably go to the IGA.”

What transpired between Margaret and her husband when she arrived at Stornoway—Trudeau’s official residence—may have to wait for the next instalment of her autobiography. But again, Trudeau gave emphatic witness that the jig was up in their marriage by not only failing to appear with her in public but by circulating the word that he would be walking his children to school—alone. In political parlance, it was a photo opportunity, the quickest, easiest, wordless way to convey a politician’s message to the public. The event was only slightly blemished when Trudeau began quizzing Michel’s kindergarten classmates outside Rockcliffe Park Public School. Tattled one little girl: “Micha punched me in the face.” When Trudeau demanded that his son apologize, Michel tackled the girl and punched her again. Trudeau pulled the kids apart, reprimanded his son and spanked him soundly. In his own turn, Michel got in a few good swipes at Trudeau himself. Boyish revelry aside, Trudeau’s sons have long taken verbal abuse for being the sons of Canada’s most famous politician. Trudeau’s erasure from the political arena will do much to return them to a stable style of life. At the Rockcliffe elementary school, peopled by the sons and daughters of other Ottawa politicians, the students’ political consciousness outdistances that in many high schools.

Admitted principal Ken Nicol: “After the spring election, Justin took a bit of a beating. Kids are cruel.” 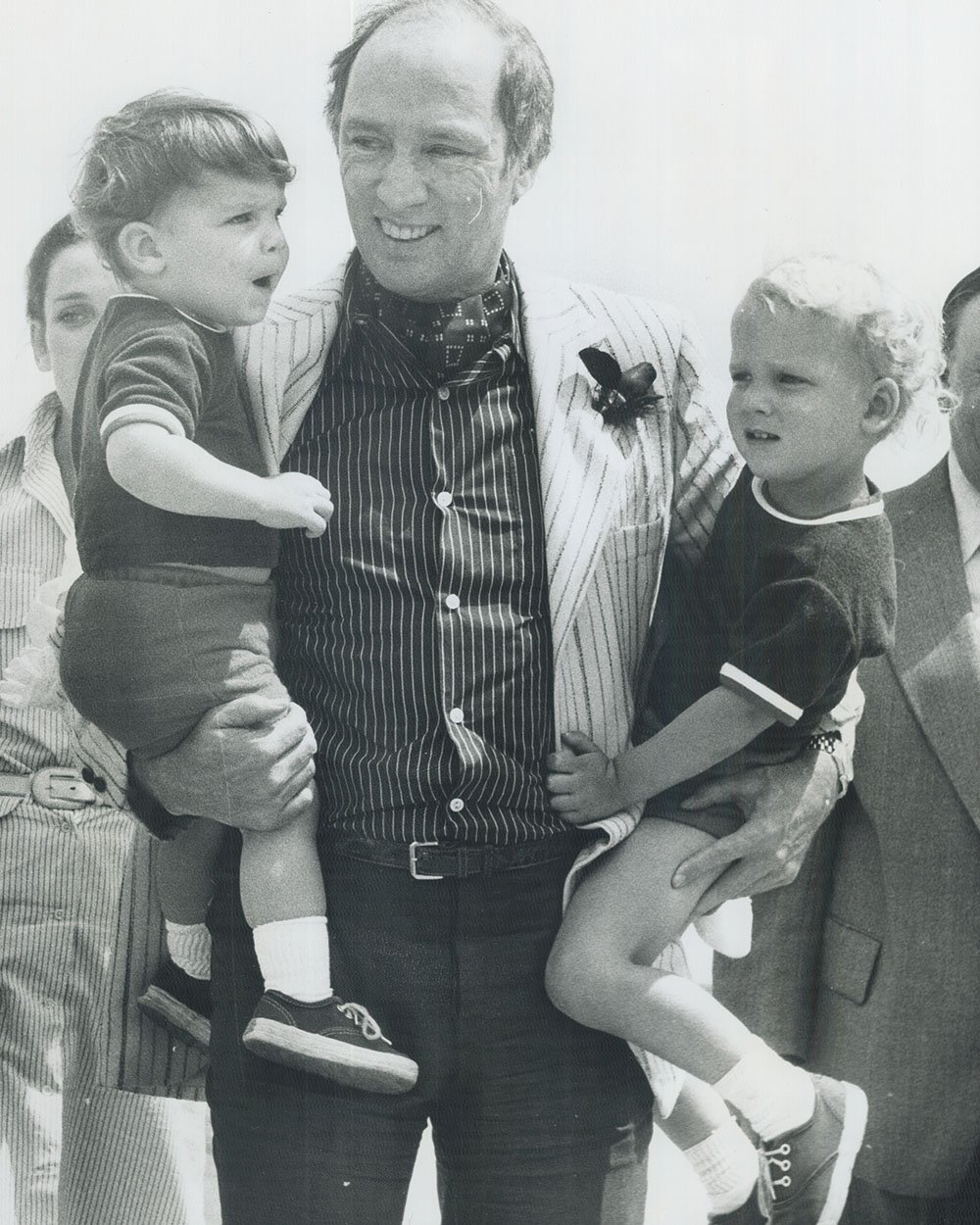 As well, friends of Trudeau’s say he is concerned that his children are getting to the age when they will be fully aware of their mother’s much-publicized dalliances. Although, at 31, Margaret is trying to settle quietly in Ottawa, her past escapades still linger like the threat of fallout from a leaky reactor. There is, of course, her bestselling autobiography, Beyond Reason, which chronicles her past incarnations as political wife, photojournalist, actress and Studio 54 denizen. And, more recently, her appearance in the pornographic magazine High Society, in which she was photographed apparently sans drawers. “You figure it out,” said one Trudeau friend. “How would you like your kids to see their mother in a pose like that?”

Throughout the two and a half years of his separation, Trudeau has borne the slings and arrows of Margaret’s outrageous fortunes with equanimity and reserve. Having long established his personal life as off limits to reporters, Trudeau is no longer questioned about his wife’s behaviour and even his office staff doesn’t inquire about his extra-official business. “Since he became leader of the Opposition, we just don’t bother asking,” said one staff member.

“He’s a very private man.” Whether Trudeau—even after he hands in his MP’s badge—will be able to regain the privacy he seems to desire is anybody’s guess.