Where SNC-Lavalin's push for deferred prosecution came up short

The firm lobbied hard in Ottawa, but it didn't get precisely the deferred prosecution regime it hoped for and not everyone was open to its advances 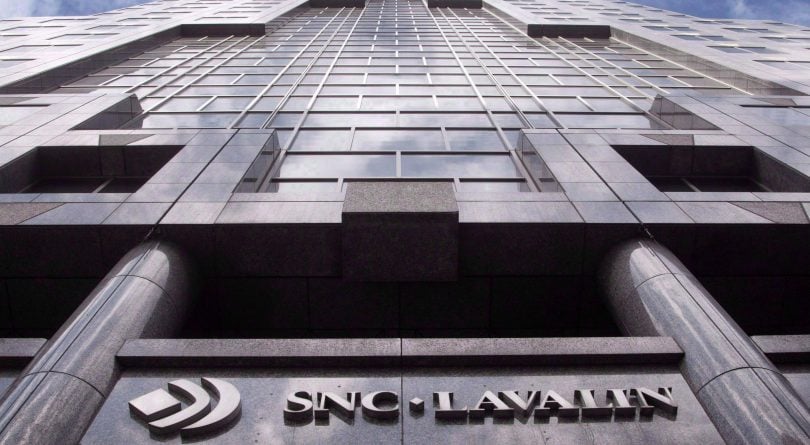 The offices of SNC Lavalin are seen in Montreal on Monday, March 26, 2012. (THE CANADIAN PRESS/Ryan Remiorz)

As an omnibus bill that enshrined in law what are called “deferred prosecution agreements” wound its way through Parliament last year, SNC-Lavalin was busy lobbying MPs, senators and government officials. The beleaguered company’s efforts bore fruit, as Bill C-74 became law on June 21—offering the Montreal engineering company hope of being given an alternative to facing a damaging trial on bribery charges.

But SNC-Lavalin didn’t get everything it wanted. Despite its extensive lobbying efforts, the law ended up including a section barring prosecutors from considering the national economic interest when they consider offering deferred prosecution to companies accused of bribing foreign officials.

That likely wasn’t quite what SNC-Lavalin asked for, repeatedly, as it lobbied as many influential players as possible in Ottawa over the course of several years. Between March 27 and June 21, 2018, alone, the period during which Parliament debated C-74, SNC logged 21 meetings with a wide variety of officials. But none of those lobbied worked for the Department of Justice, according to a departmental brief provided to a Senate committee—although SNC sure tried.

READ MORE: Who is on Team Wilson-Raybould?

On Nov. 22, 2018, the Senate legal and constitutional affairs committee scrutinized the year’s second omnibus budget bill, C-86. The legislation tweaked the rules around the publishing of deferred prosecutions. Conservative Senator Pierre-Hugues Boisvenu, a longtime victims’ advocate, queried Justice officials about consultations with victims groups in advance of deferred prosecutions becoming law. He tacked on a question about whether or not SNC-Lavalin had lobbied justice department officials directly about C-74. Mark Scrivens, senior counsel at the department’s policy implementation directorate, promised an answer on the lobbying question.

The Justice Canada brief, published Dec. 10, stated that during Transparency International-Canada’s day of dialogue—a series of panels on corporate responsibility hosted on May 17—”a participant who identified himself as being an employee of SNC-Lavalin” approached a Justice official and “attempted to engage that official in a discussion about deferred prosecution agreements.” The overture apparently went nowhere: “The official did not engage in the conversation.”

Still, that day SNC did successfully lobby Sen. Percy Downe, who sat on a panel at the event, according to federal lobbying records. The brief doesn’t name the Justice official who wouldn’t talk to the SNC employee.

At least two bureaucrats were at that event: Ann Sheppard, senior counsel in the justice department’s criminal law section—the bureaucrat who twice spoke for the department at a House of Commons committee the same month—sat on another panel on remediation agreements. And Jeff Richstone, who works for the Public Prosecutions Service of Canada—and, coincidentally, testified beside Scrivens at committee on Nov. 22—sat on another panel.

RELATED: Today on the Justin and Jody show

Dodging SNC-Lavalin executives seems to have been instinctive for quite a few bureaucrats. When the House justice committee launched an investigation into the SNC-Lavalin affair, Michael Wernick, Canada’s top public servant insisted he took great pains to distance himself from company brass at the National Arts Centre last October. “I ran into SNC executives at the NAC gala. I do remember the evening; Diana Ross was there,” he told the committee on Feb. 21. “They had bought a table at the gala. As soon as I saw that they were there, my wife and I left the event and went home, and missed a good dinner.”

There was reason for SNC to seek access. The new law forces companies to admit responsibility for the act that “forms the basis of the offence” that would otherwise face prosecution. Mark Warner, an international trade and competition lawyer, said he “would be surprised if the company expressed pride of authorship” of that section. Indeed, in its original submission on DPAs, SNC argued “the benefits of a DPA scheme for Canada” could “be achieved with a model that does not require the negotiation of an admission to criminal liability for alleged misconduct.” The drafters of the eventual law disagreed.

SNC also hoped the bill would allow prosecutors to consider DPAs if prosecution would lead to “substantive economic/commercial damage to the organization,” as well as “lower revenues from debarment by governments and/or exclusion by key clients, impairment of competition in contested markets, negative impacts on the Canadian supply chain, negative impact on governments’ procurement, defence and infrastructure markets, and substantive redundancies of innocent personnel.”

The law does give prosecutors latitude to consider the national economic interest in their deliberations. But the legislative summary for Bill C-74 makes clear that prosecutors can only do so in cases that don’t involve bribery of foreign officials, which is exactly what SNC stands accused of doing.

Of course, attorneys general are authorized under a separate law to direct the public prosecutor to negotiate a remediation agreement. And that’s why those conversations between Jody Wilson-Raybould and the Prime Minister’s Office, as well as Wernick, are so central to SNC’s ultimate failure to secure deferred prosecution. Wilson-Raybould, the former justice minister and attorney general who is at the centre of this complex saga of power and influence, is expected to tell her story before the House justice committee next week.