Where the Conservatives go from here 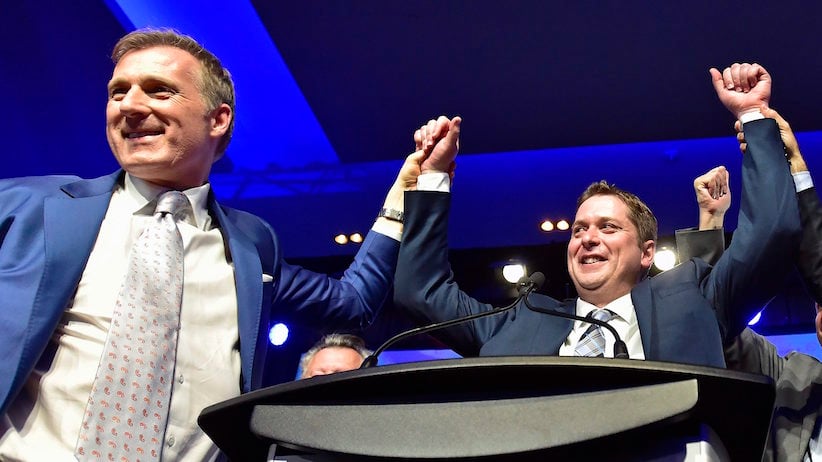 Over the last month, before and since the Conservative Party leadership race, there has been a lot of discussion about “unity” in conservative circles. At first blush this might seem odd. Why is a party which is evidently strongly disciplined, which has no serious competitors for the 30 per cent of the electorate which constitutes its base, and which is leading the way in memberships and fundraising at all worried about unity? There is work to be done, certainly, but shouldn’t we put the unity discussion to the side and focus on growth?

But as I look at the next steps we need to take as a party, in order to grow and win in 2019 and to serve the public good effectively in government after that, I remain convinced that we need to continue to emphasize the unity dimension. Emphasizing unity and growth are not mutually exclusive, of course—in reality, they go hand in hand. Continuing emphasis on unity, within our party and our political coalition, is essential.

MORE: An insider’s view of the final week of Scheer’s campaign

In a country like Canada, uniting different kinds of conservatives is not an easy task. Conservatives are people who value family and tradition, as well as the local and the familiar. Conservatives are skeptical about grand experiments to remake the world, and believe that reforms should be pursued that accord with the lessons of the past. Notably, family values and tradition, as well as the local and the familiar, are things that vary from place to place. What is tradition in Alberta may look like a grand experiment to remake the world in Quebec, and vice versa. Religiously diverse conservatives, all seeking to preserve their own cultures and traditions, may find themselves at odds with each other even as they are together motivated by conservative impulses. A red tory’s sense of which traditions require preservation will differ from that of a social conservative, even if there is also substantial overlap. It is not easy to put together a political vehicle and program which speaks to all or most types of conservatives.

In the leadership race that just passed, every element of the conservative coalition was well-represented, and I think every element of our coalition has a reason to be happy with the result. Andrew Scheer rejects certain specific proposals which were unworkable and which stoked ethnic division, while also being uncompromising on national security and on the idea that immigration must reflect Canada’s interests. He has been clear in his support for family-friendly tax relief and freedom of speech, while committing to not reverse party policy on contentious social issues. He won by delivering strong support across the country, including in Quebec, where he had the most MP support.

Most disappointed by the result are likely libertarians, who were very close to having their own standard bearer elected leader—but let’s not forget that Scheer has committed to phase out corporate welfare and work to enshrine property rights in the constitution. These are key libertarian priorities which also have the virtue of being electoral winners.

With these and other policies, which speak to different facets of our movement and to the real priorities of Canadians, Scheer can unite conservatives. And in 2019, as has been the case now for 150 years, united conservatives—both those who do and do not currently see themselves as part of the big-C Conservative Party—will be enough to replace the current government with one that will implement a thoughtful, balanced conservative program. The exercise of reconciling the ideas and aspirations of different kinds of conservatives will prepare our party well to be the agent of national reconciliation and unification that it has been at critical points in our history.

Garnett Genuis is the Conservative MP for Sherwood Park—Fort Saskatchewan.