Politics Insider for Oct. 1: Halfway into the campaign, we tell you where the leaders have gone, break down Canada's rural-urban divide, and keep waiting for a Tory platform 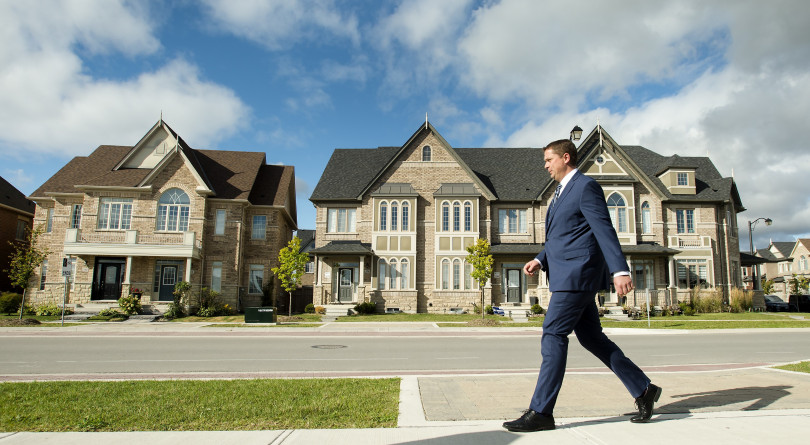 Where’s the party at? With the federal election campaign halfway done, Maclean’s Nick Taylor-Vaisey gathered data from Philippe J. Fournier of 338Canada to analyze the four major parties’ leader tours. Which ridings have they visited? Which cities are they avoiding? In a nutshell: Justin Trudeau is playing defensively, visiting many Liberal ridings while trying to capture a few wavering NDP seats; Andrew Scheer is hard on the offence, targeting Liberal turf across all 10 provinces and mostly avoiding safely Conservative areas; Jagmeet Singh has spent lots of time in his home riding of Burnaby and vying for Liberal territory; and Elizabeth May has focused on a select few ridings that may flip Green in places such as Guelph, Fredericton and P.E.I.

A Maclean’s analysis of the big four leaders’ tours tells the story of where the leaders fought the first half of the election campaign. Twenty days in, they weren’t fighting it in rock-solid Conservative Canada. They weren’t fighting it in safe ridings. And voters who live in the 39 per cent of Canada covered by its northern territories didn’t see a hint of a leader. Overwhelmingly, the leaders spent their time in what are now Liberal and NDP ridings—but are seen as up-for-grabs seats. Overall, more than 77 per cent of the 173 distinct campaign events held by all leaders tours happened in Ontario, B.C. and Quebec.

City versus country. Speaking of data-crunching, we all hear about an urban-rural divide between voters who skew Liberal and Conservative. But is it really true? According to Philippe J. Fournier, the answer is a resounding yes. The 20 densest ridings in Canada are all dominated by the Liberals with some NDP support peppered in between, while the least dense areas are overwhelmingly Conservative—but also, again, with some NDP support in the mix. For whatever reason, NDP voters do not align with population density the way Liberal and Conservative supporters do.

Much has been said and written about the East-West divide in Canada, but aside from a few exceptions, the rural-urban divide certainly appears even starker, and should also concern elected officials. Of course, we know there is an urban-rural divide not only in Canada, but all several western democracies. And naturally, the needs and interests of people living in downtown Toronto and Montreal simply cannot be the same as those living in rural Saskatchewan (and vice-versa). Nevertheless, as politicians keep saying they wish to unite and not divide Canadians, they will have to juggle with the fact that the gap between urban and rural Canadians appears to be growing.

A Conservative platform: coming soon. Scheer announced his party would release their full platform on Oct. 11, four days after the sole English-language debate between all party leaders. He made the statement during a campaign stop at a facility in Whitby for disabled young people. During that stop, he also promised to improve access to the federal disability tax credit, picking up on outrage from people with Type 1 diabetes who were briefly denied the tax credit in 2017 by the Canada Revenue Agency. The CRA subsequently reversed course on that decision after public outcry.

The kind of guy who’d waive his right to remain silent. David Menzies, a reporter and commentator for the far-right media outlet The Rebel, was kicked out of Scheer’s campaign event in Whitby before getting handcuffed outside the building, allegedly for lacking media accreditation. A video shows the Menzoid calmly explaining his side of things: after he asked several reasonable questions of the Conservative leader, he says, he was asked to leave the property, which he claims he did, only to be handcuffed moments later on the sidewalk.

But there’s another side to the story. Cindy Nylander* explained the situation in a Facebook post in a group called “Andrew Scheer for Prime Minister 2019”:

Scheer holds a policy announcement at a facility for disabled youth on how the conservatives will help these families. Now Rebel decides it can barge into this facility uninvited, unannounced and yell questions at Scheer. The facility operators for these children asked rebel reporter to be removed while he was in the hallway trying to push his way into the room. He refused, caused a scene and now wonders why RCMP cuffed him and blames Scheer. If he did this where your child attended how would you feel?

Shana tova. It’s one thing for anti-fascist protesters in Hamilton to scream “Off our streets! Nazi scum!” outside an event hosting People’s Party of Canada leader Maxime Bernier and Dave Rubin of the Rubin Report. It’s another thing to yell it at an elderly woman hanging onto a walker on the eve of Rosh Hashanah, the Jewish new year. By the end of the debacle, which drew mobs of 100 people outside Mohawk College, two men from opposite sides of the protests were led away by police.

A housing market divided. None of the party leaders are discussing a national tax on homes worth more than $1 million, but Max Fawcett, writing in Maclean’s, believes they should. Skyrocketing housing prices and precarious employment have made life frankly difficult for young people, while the government spends at least three times as much on an aging Baby Boomer generation than it does citizens under the age of 45. A national housing tax could help level the playing field.

Propose a national tax on homes worth over $1 million, with the ability for seniors to defer their payments, and use the proceeds to cut income taxes for the middle class, fund affordable childcare and new co-op housing for young families, and support young buyers looking to get into the market.

After all, while politicians tend to cater reflexively to older voters, it’s Canadians between the ages of 18 and 38 who are the largest voting group in 2019. Together, they make up more than 37 per cent of the electorate, and their voices—and votes—could make a difference. That is, if you actually give them something to vote for.

EDITOR’S NOTE, Oct. 3, 2019: This post has been updated to clarify that Cindy Nylander was not in attendance at Scheer’s campaign event.
FILED UNDER: Editor's Picks Politics Insider