While Liberals and Conservatives battle, the NDP eats itself 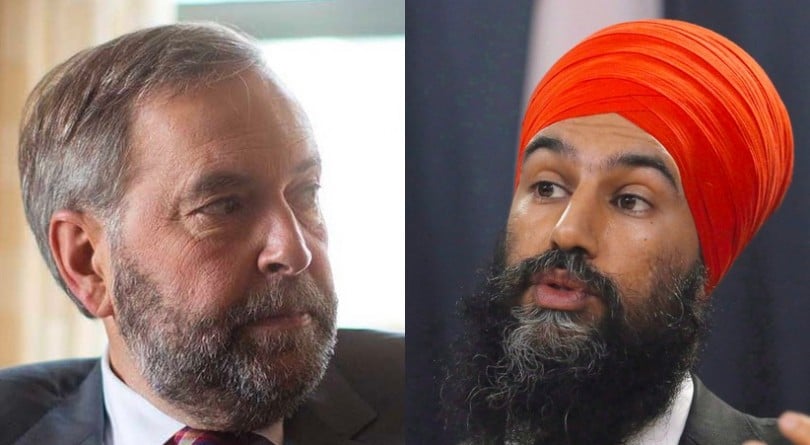 In the Conservative Party social media room, it must have seemed fairly straightforward—whip together an ad mocking Prime Minister Justin Trudeau for his party’s ethics breaches in the style of those Heritage Minute videos, load it online and watch the LOLs roll in. After all, comedians on CBC get away with it all the time. Turns out the Historica Foundation, the non-profit that’s produced the spots for three decades, didn’t share Andrew Scheer‘s funny bone. After Historica complained it didn’t want the Heritage Minute brand associated with official party attacks, the Conservatives took the video down, only for Scheer to order it be reposted with a ‘parody alert‘ disclaimer. Historica still wasn’t having it, noting it was already losing donors who thought the organization had sanctioned the video. (Globe and Mail)

In the end the Conservatives deleted the spoof video again, and re-uploaded it sans Heritage Minute logo, to much back-patting from the party’s critics, online and otherwise.  (Canadian Press)

Actually Scheer probably isn’t complaining. Between Facebook and Twitter, the most recent version of the video alone has been viewed more than 50,000 times, not to mention the untold tens of thousands of views the deleted versions got from all the controversy, surely making it one of the party’s top performing social media campaigns.

In other Conservatives-deleting-their-own-attack-ads news, the party renounced an ad that had run on Google which claimed falsely that “Justin Trudeau is letting a foreign entity take control of our borders”—a reference to the United Nations Global Compact for Migration. Asked by the Globe to defend the ad, party spokesman Cory Hann declined: “That doesn’t accurately reflect our position, and the ad is not running.” (Globe and Mail)

Liberals were on the defensive after one of their own went on the attack. Toronto Liberal MP Adam Vaughan apologized after urging people on Twitter to “just whack” Ontario Premier Doug Ford. Vaughan said he was sorry “to those who took offence,” noting he was referring to the game whack-a-mole, which he’d mentioned in the previous sentence of his original tweet. Federal Conservatives kept at it in Question Period anyway, with Tory MP Candice Bergen helpfully informing Canadians that whack is “a mobster term for killing someone” and demanding Trudeau force Vaughan to resign. (Huffington Post)

With Conservatives and Liberals at each others throats, the federal NDP returned to its now-common practice of eating itself. A day after former NDP Leader Tom Mulcair‘s latest drive-by against his successor Jagmeet Singh (he said the party was losing the progressive vote to the Greens) NDP MP Charlie Angus took aim at his old boss: “I’ve known Tom Mulcair for a long time. I know he was really bitter about losing the support of the members at the convention. I think the bitterness is getting the better of him.” (Huffington Post)

If Mulcair is guilty of anything with his constant sniping at Singh and the party, it is “indulging in the punditry sport of shooting at an ambulance,” writes the Toronto Star’s Chantal Hébert. “And what an ambulance the federal NDP has become!” (Toronto Star)

An emergency summit of South American nations held in Ottawa Monday ended with a call for Venezuela’s military to switch its support from the Nicolas Maduro regime—which Canada and other countries have declared illegitimate—to instead back opposition leader Juan Guaido. The declaration also proclaimed Guaido and Venezuela’s National Assembly as full members of the Lima Group of countries, but urged against any outside military intervention, something U.S. President Donald Trump has mused about. (CBC News)

Former Liberal MP Raj Grewal‘s mega fundraiser last year continues to draw scrutiny, especially after the now-independent Brampton East MP tweeted a thread of “Factcheck” messages about the local event, which Grewal said raised a whopping $300,000. Grewal was forced out of the Liberal Party last November after more than $1 million in gambling debts, and a reported but unconfirmed RCMP investigation, came to light. Aside from the huge haul for a local fundraiser—even Trudeau fundraisers don’t raise that much—Grewal also left critics puzzled when he revealed that only half of the 1,200 people who attended actually paid the $500 ticket price. “Anybody who puts a fundraiser on and says, ‘Hey, half the people aren’t going to pay anything,’ may be the dumbest fundraiser I ever heard of,” said NDP MP Nathan Cullen, who has raised many questions about Grewal’s actions. “It seems like they’re now just making stuff up.” (National Post)