The Politics Insider for Nov. 27: Fallout from GM's plant closure in Oshawa, the Senate votes to force Canada Post employees back to work, and rogue CRA employees may be snooping in your files 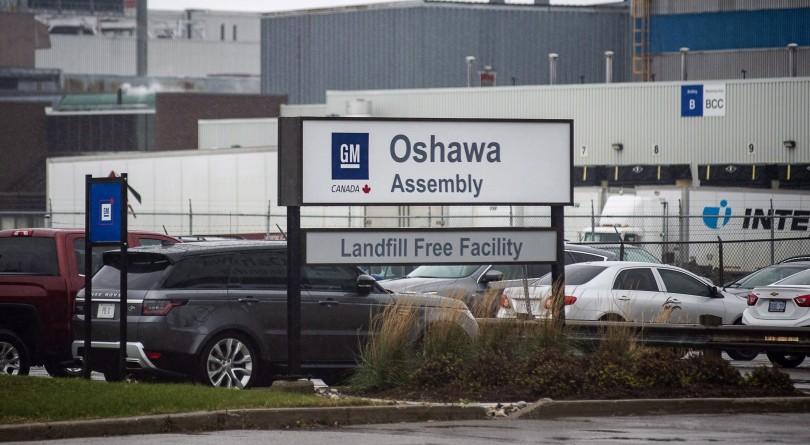 GM’s decision to close five plants across North America, including its operations in Oshawa which have been churning out cars and trucks since the 1950s, left politicians of all political temperaments scrambling.

In the U.S. President Donald Trump fumed and threatened: “They better damn well open a new plant [in Ohio] very quickly. I told them, ‘you’re playing around with the wrong person‘. ” Ontario Premier Doug Ford cajoled: “I talked to the president of GM last night. The first thing I said is, ‘What can we do? What do we have to do?’And he said, ‘The ship has already left the dock.’ ” And Prime Minister Justin Trudeau expressed disappointment and support for laid off workers in tandem with the province: “We’ll do everything we can to help the families affected by this news get back on their feet.” (Business Insider, CBC News, Twitter)

With GM emerging as a common foe, a delicate truce has formed between the Ford and Trudeau governments, even as their respective oppositions attacked them. The Ontario NDP’s Andrea Horwath accused Ford of giving up too easily, while Andrew Scheer tried to make the Oshawa plant closure about carbon taxes, regardless of GM’s decision to close four plants in the U.S. too. (Canadian Press, CBC)

The closure inevitably raised questions about the billions of dollars Ottawa and Ontario gave to GM less than a decade ago to bailout the automaker. If that bailout by the Harper Conservative government was a mistake, though, the Trudeau Liberals aren’t saying. (Toronto Star)

Turmoil in Alberta’s energy sector and upheaval in Ontario’s auto sector pose a problem for a federal government that was only a week ago painting a rosy picture of the economy and boasting about the middle class getting ahead. (National Post)

Last night the Senate passed back-to-work legislation to end the month-long strike by Canada Post employees. With the bill having already received Royal assent, workers will be back at their jobs at 12:00 ET today. (Global News)

Labour minister Patty Hajdu was caught out embellishing a story to justify the back-to-work legislation. She claimed a man named “Jack” had told her he was at risk of losing his housing if his disability cheque didn’t get delivered. Two problems: Jack just sent Hajdu a message on social media, and besides, Canada Post and its union have an agreement to keep benefits cheques moving even during strikes. (Blacklock’s)

The RCMP have been tracking former Liberal MP Raj Grewal‘s gambling addiction for months. Police sources told the Globe and Mail Grewal spent millions in the past three years, and that his gambling activities came to light when he repeatedly exceeded the $10,000-per-day transaction threshold which triggers disclosure to the Financial Transactions and Reports Analysis Centre of Canada three times. FINTRAC then informed the RCMP. (Globe and Mail)

Canadians are struggling with affordability, writes Tom Parkin. They’re struggling to afford their homes, the cost of child care and other costs like prescription drugs. But when the Liberals released their fall economic update, it was only businesses who seemed to have the government’s ear.  (Maclean’s)

One worker in the CRA’s Calgary office last year kept a detailed spreadsheet on the financial data of 310 people in his community.

“[T]he investigation concluded that the employee made unauthorized accesses to his own account, and to a total of 310 other taxpayer accounts, including the employee’s spouse, mother, former Team Leader, and two colleagues,” says an Oct. 10, 2017 CRA report.

“The employee kept the information of the 310 individuals on a spreadsheet in his ‘H’ drive in order to keep track of who lived in his community.”

Lastly, congratulations to Green Party Leader Elizabeth May, who announced her engagement on Monday to John Kidder, a founder of the B.C. Green Party. (Canadian Press)