Aaron Kienle, who owns a bar and a gym in Yorkton, Saskatchewan, was one of seven Green Party supporters who showed up at the white, clapboard train station at Melville, Saskatchewan at 4:40 a.m.

Kienle, in his mid-twenties, drove in from Yorkton to meet the train. He hadn’t slept much the night before, but wanted to be there to show his support for May and the Green Party.

As at every stop so far, local TV, newspaper and radio were there to greet May, too.

May, looking a little weary, waving to Saskatchewanians just after 4 a.m. this morning: 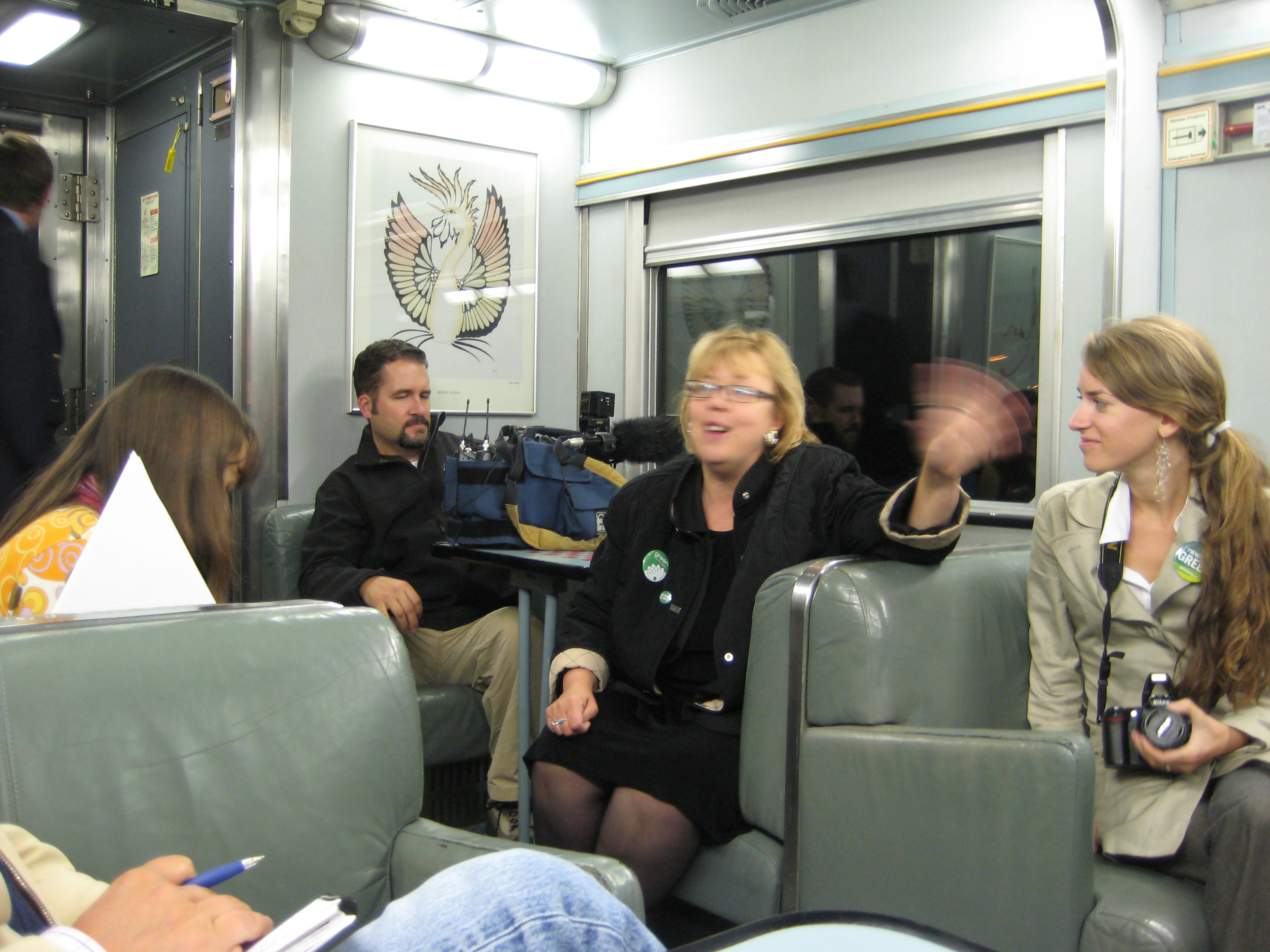