Welcome to Winnipeg, where May’s grassroots revolution picked up serious steam. 150-odd supporters greeted May in the station’s spectacular marble rotunda (the acoustics gave off the impression that there were several thousand more). 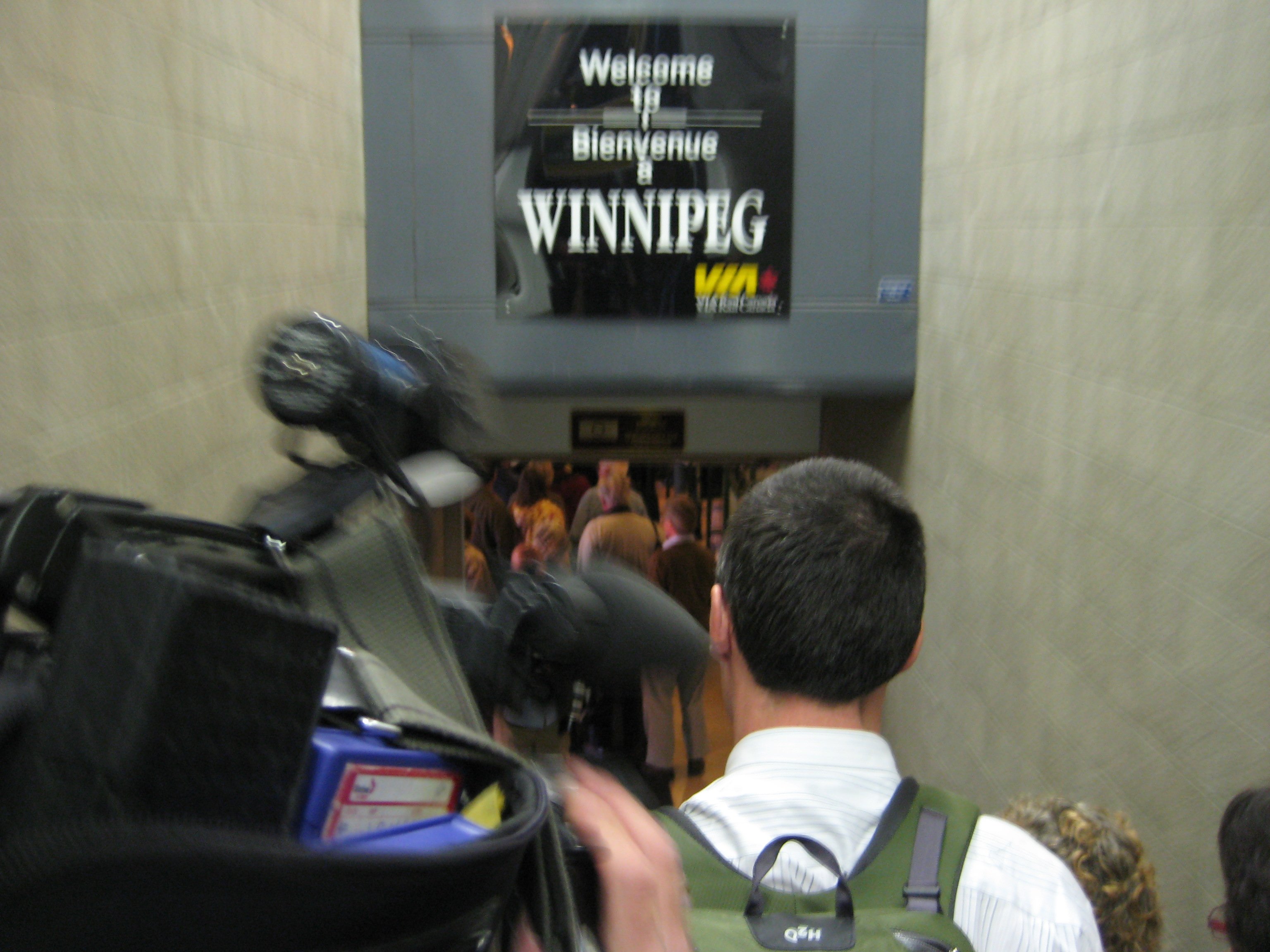 Things got underway as they have at every stop:

(3) Presser, in this case support for family farms (those left)

(5) Unseen conductor cuts things short with a curt All Aboard!, and the procession scrambles back onto the train.

The first question was about the disastrous state of Lake Winnipeg—worse, scientists say, than Lake Erie ever was. May, as you might expect, was well versed on the issue (basically, it’s being choked to death by algae). 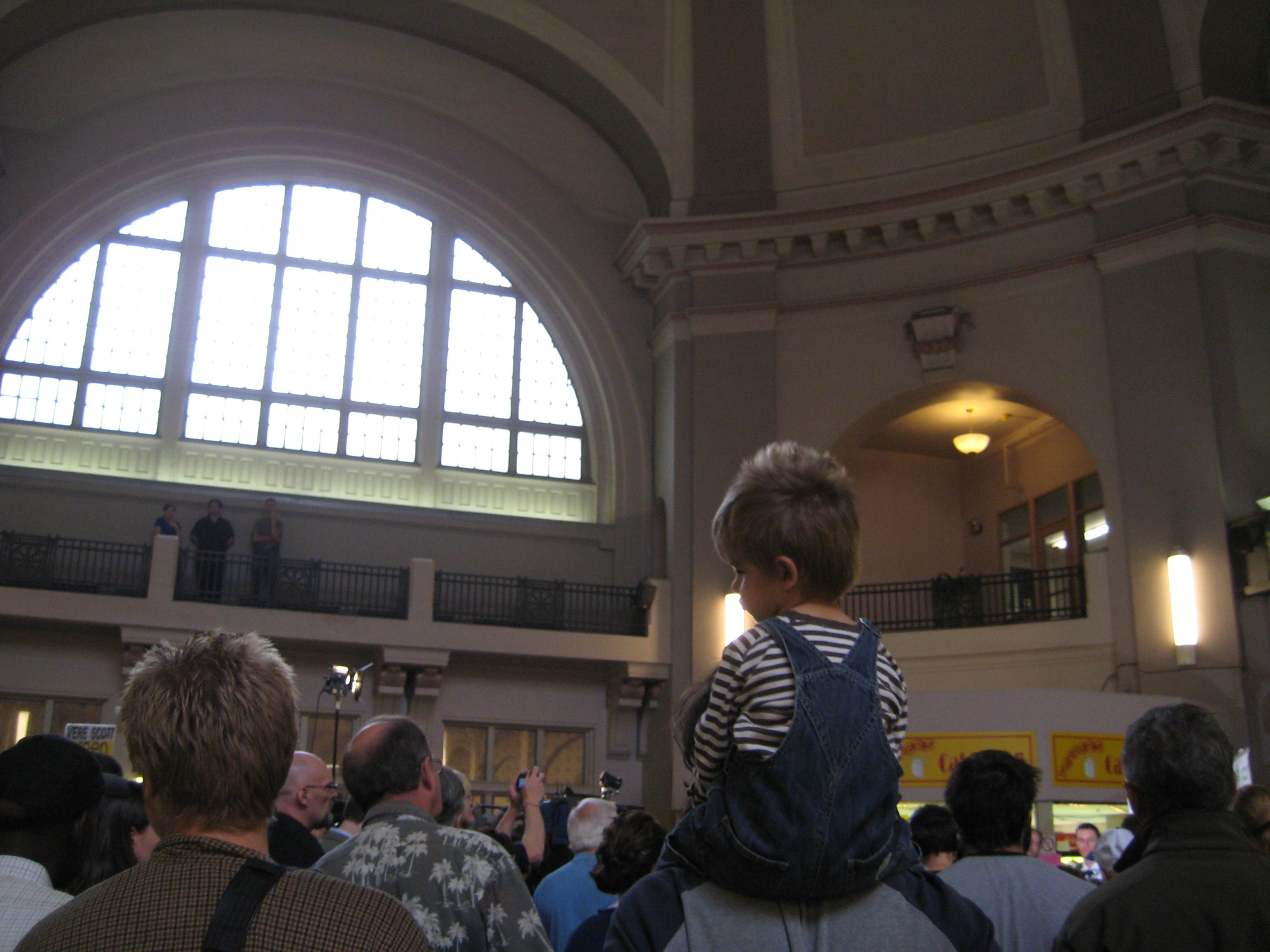 This—sadly—is the end of the line for me, folks. I’ll continue to weigh in on the May campaign—genuinely grassroots and a helluva lot of fun—as it chugs its way to Truro.