Who benefits most from the new Liberal child care benefit? 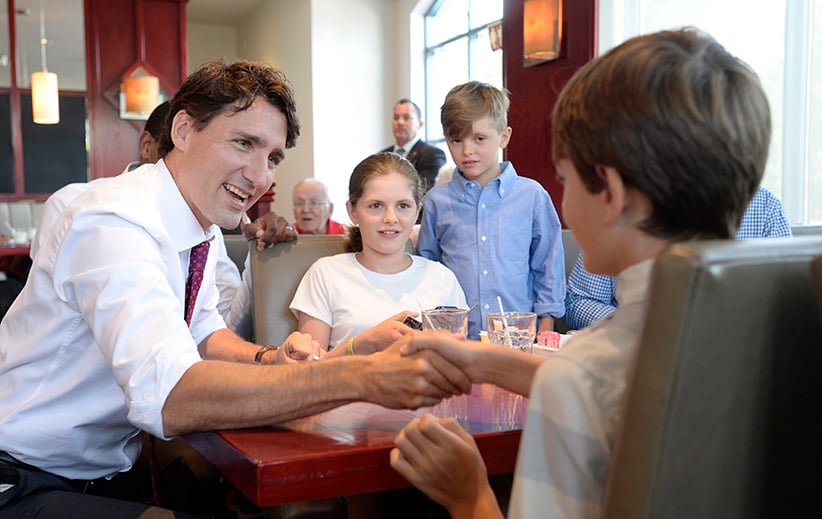 As Canadian families receive their first Canada Child Benefit payments—the federal government’s first salvo in a multi-billion-dollar effort to beef up monthly help for parents—most households will receive more money than they did under a handful of now-defunct programs. But the bulk of new federal spending, which amounts to $4.6 billion in the CCB’s first year, is headed for middle-income families—a reflection of Prime Minister Justin Trudeau’s oft-repeated desire to offer “real help to Canada’s middle class.”

We asked David Macdonald, an economist at the Canadian Centre for Policy Alternatives, to tally just how much more (or less) families with children across income levels will receive, and to which families the new federal spending, over and above the cost of past programs, is headed. Macdonald’s analysis shows that federal coffers will cough up $1.9 billion in new child-benefit spending for those families earning between $39,142 and $71,094, an income range that most economists would agree comprises the middle class.

The new monthly take for those middle-income households with children will increase by an average of more than $2,600 compared to the old benefits regime. That amounts to $1,500 more, per year, than those families in lower-income brackets—Canadians who aren’t yet in the middle class but are, as Trudeau credits them consistently, “working hard to join it.” (The country’s richest families, it’s worth saying, stand to benefit less from the new program.)

The chart below demonstrates the degree to which the middle class comes out on top of this Liberal policy—a point made repeatedly by my colleague, John Geddes, who’s written about who benefits from all of Trudeau’s major social reforms to date. If you’re curious how much you stand to receive from the CCB, you can use our handy calculator to punch in your family income and calculate the result. 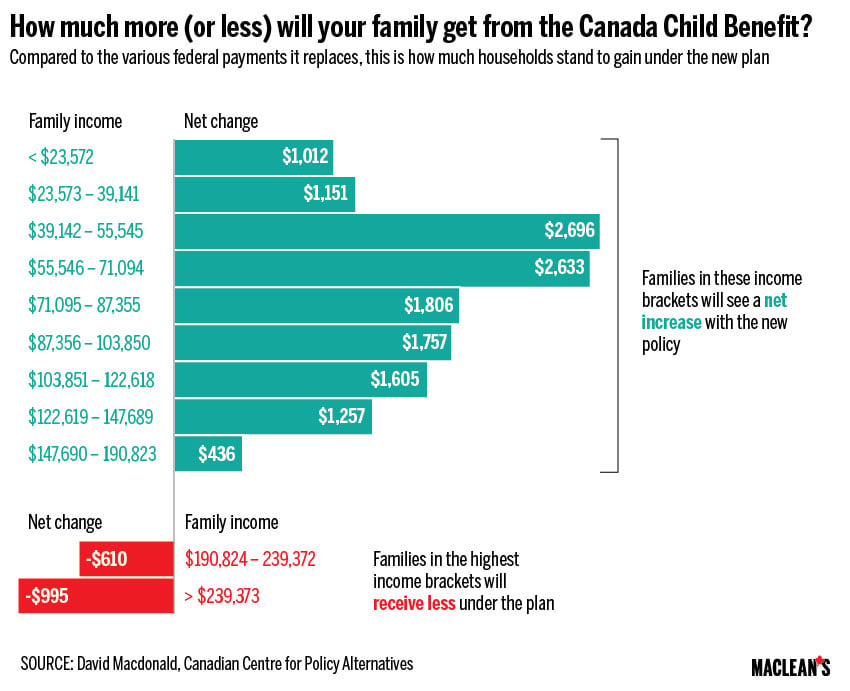