Who will Justin Trudeau choose for his new cabinet?

Cabinet making one of the most difficult tasks facing any prime minister. Here are some possible picks 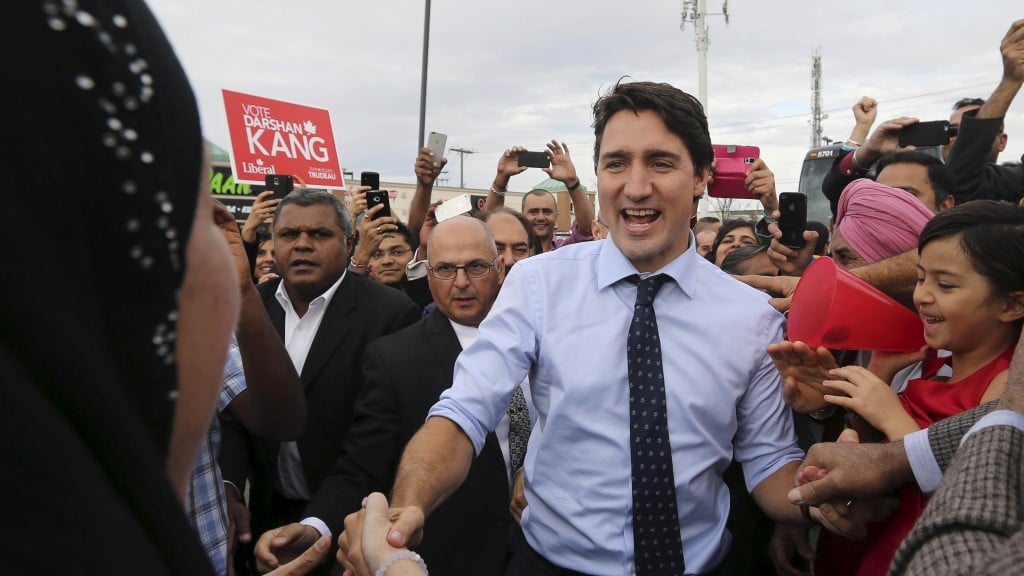 Liberal leader Justin Trudeau arrives at a campaign rally in Calgary, Alberta, October 18, 2015. Canadians will go to the polls in a federal election on October 19. REUTERS/Chris Wattie – RTS5032

OTTAWA – Justin Trudeau will swear in a new Liberal cabinet on Nov. 4 and he’s got an embarrassment of riches to choose from among his 183 newly elected MPs.

Cabinet making is one of the most difficult tasks facing any prime minister, who must strive to attain geographic, linguistic, ethnic and gender balance.

At the same time, he must find a way to placate the raft of disappointed MPs who find their ambitions thwarted so that they don’t become problems down the road.

Trudeau has complicated his task by committing to a relatively small cabinet that boasts an equal number of men and women.

Ralph Goodale is likely a shoo-in, as the only Liberal elected in Saskatchewan and a veteran of cabinets under three previous prime ministers, including Trudeau’s late father, Pierre. After that, the choices get more difficult.

Goodale is likely to be joined by a number of other experienced MPs, some of whom have served in previous federal or provincial cabinets. Among the veterans who might be tapped for a cabinet post are John McCallum, Judy Foote, Joyce Murray, Stephane Dion, Judy Sgro, Scott Brison, Dominic LeBlanc, Wayne Easter and Lawrence MacAulay.

But Trudeau will also undoubtedly want to include a lot of fresh faces, especially the “stars” he went to considerable trouble to recruit. Possible picks among the newcomers include:

— Harjit Singh Sajjan, a former Vancouver police detective and a highly decorated lieutenant-colonel in the Canadian Armed Forces who served three tours in Afghanistan and became the first Sikh to command a Canadian military regiment.

— Navdeep Bains, an accountant and former MP defeated in 2011.

— Anthony Housefather, lawyer and former mayor of Côte-Saint-Luc, near Montreal.

— Bill Casey, former Conservative MP who quit over what he perceived as Harper government’s betrayal of Atlantic Canada, won re-election as an independent before briefly retiring, now back as a Liberal.