Whose problem is cyberbullying?

A talk between Rona Ambrose and Facebook highlights how, in the debate over who should address cyberbullying, our politicians aren't doing enough 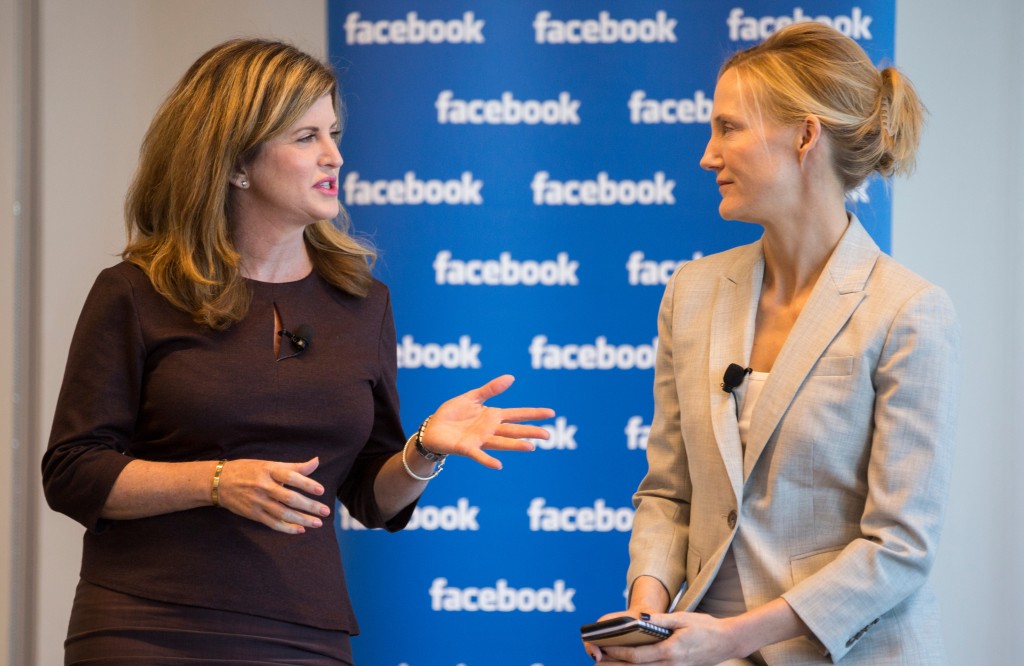 Leader of the Opposition Rona Ambrose (left) participates in a Facebook town hall in Toronto, October 12, 2016. (Photo by Deb Ransom)

As a parent, interim Conservative Party leader Rona Ambrose polices cyberbullying. “I’m probably the most paranoid and suspicious person,” she says, the mother of an eight- and 12-year-old. When any children have e-mail addresses and social media accounts, she says, “you have to know their passcodes. You have to check what they’re doing online all the time.”

Yet, as a politician, Ambrose, along with other Canadian federal politicians, has shirked cyberduty. Although new legislation aims to prosecute online bullies, they have never held accountable Facebook or other platforms on which bullying takes place. The companies are currently left to regulate themselves. “It’s true,” says Ambrose. “We’re letting the business community demand what needs to happen. I can assure you, government usually lags behind in the technical department.”

Following the International Day of the Girl on Oct. 11, Ambrose sat down with Antigone Davis, head of global safety of Facebook Canada. The women held a live-streamed conversation about the danger of cyberbullying, particularly for girls who, in the most extreme cases like Amanda Todd in 2012 and Rehtaeh Parsons in 2013, risk seeing crude portraits of themselves ooze through social media until they no longer wish to live.

But Facebook faces no legal incentive to fix the problem. The company decided that it should ban children under 13, but many younger girls just want to have Facebook anyway, and the platform relies on anonymous public snitches to report underage users. Privacy settings and reporting systems don’t prevent vulgar images from spreading. “We’re experts in building a platform, but we’re not experts in everything,” says Davis during the discussion. Facebook also hasn’t cracked down on anonymity. (Ambrose, after the event, admits that about half the content on her own Facebook page is posted by her staff.) When Ambrose asks about stopping online harassment, Davis deflects the question back at the politician: “I believe you have a law …”

While social media companies maintain a look-the-other-way legal loophole, Facebook is at least taking it upon itself to talk about the issue. The Ambrose-Davis discussion was livestreamed on Facebook Canada’s page and open to the public for anyone who showed up in person.

The venue for the conversation was Facebook Canada’s headquarters in Toronto, an office of straight lines, no landlines and a hula hoop—a forward-thinking workplace except for the bottled water. There is no privacy, with security cameras bubbling in corners and desks flowing into each other without boundaries. In the cafeteria, amid an orange press and dispenser of spiced pumpkin seeds, a quote on the wall reads: “Nothing at Facebook is somebody else’s problem.” But cyberbullying should be.