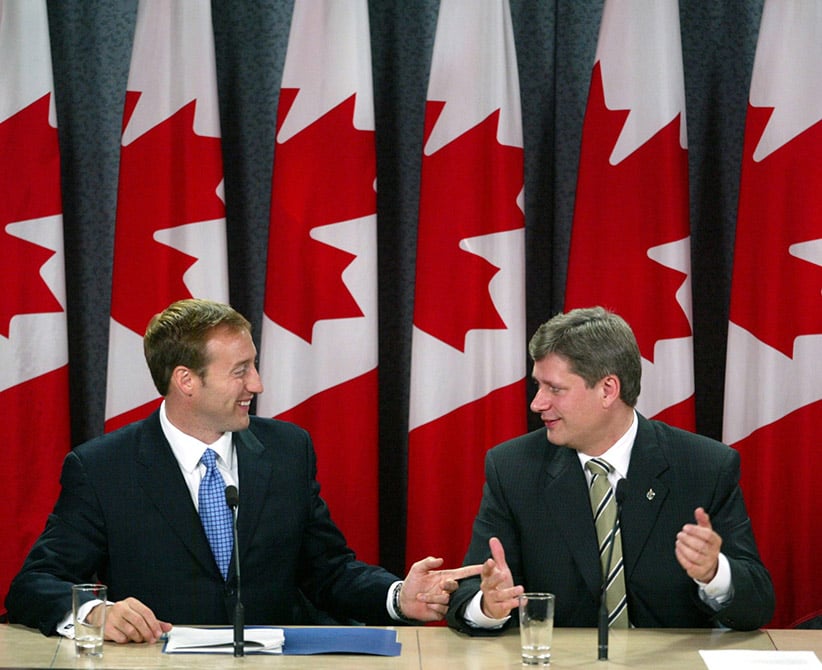 Scott Gilmore is not happy with the Conservative Party leadership race. In his recent Maclean’s column, “Confessions of a self-loathing Tory,” he says he doesn’t like the way the contenders are conducting themselves, and he’s sure the Liberals must be delighted with the prospects of facing the new leader whenever this marathon is finally over—even though the political polling at threehundredeight.com suggests the Tories are actually within striking distance of the Libs, even without a leader. Nonetheless, Scott has a solution, one that has been proposed and has even been borne out more than a few times in Canadian history: just start another party!

Sure, everyone loves a party. But starting a national political party from scratch is a big undertaking. Usually, I suggest a series of steps before going to that extreme. The progression starts at simply voting in a general election, then joining a political movement or even becoming active in a local chapter of a party. It bumps up another notch by attending and speaking out in public and at conventions, finding or getting behind a candidate of your choice, and culminates with seeking public office yourself. There is plenty of opportunity to wield influence, but starting a new party is the nuclear bomb of political actions, and once unleashed, it’s hard to control the fallout. Though it can be successful, it’s more likely that if it happened, the other guys (in this case, the Liberals) would dine out on the twitching Conservative carcass for many elections to come.

MORE: The beginning of the end of the Conservative race—but for whom?

Those of us elected to the House of Commons from 1993 to 2004 watched this happen during the reign of prime minister Jean Chrétien. Sure, it was good fun for outsiders to see one brand of conservatives beat up on other conservatives while the Liberals chortled their way to three consecutive majorities, watching the internecine warfare across the aisle with delight. But there was, and there is, no getting around the fact that a house divided against itself cannot stand—especially in a Westminster-style Parliament.

I remember a by-election in Labrador in 1996, where I spent some time stumping for our candidate, John McGrath. The snow was coming down like it was determined to stop the by-election in its tracks, and I won’t pretend that this west-coast boy was prepared for a serious east-coast storm. (Mostly, I was hoping to get the sympathy vote as we trudged from door to door). When the votes were tallied, the Liberals won (again), but the combined vote from the two conservative parties equaled the Liberal vote. That same day, in Etobicoke, the combined conservative vote actually exceeded the Liberal numbers, but of course, Liberal Roy Cullen won. Liberals everywhere smiled.

It happened in the House of Commons, too. The Liberals had majority numbers, so while they always had the votes to carry the day, having two conservative parties to play against one another made it more politically palatable than simply out-voting the opposition. When Peter MacKay and I were House leaders for our respective parties, Liberal House Leader Don Boudria would frequently throw a legislative bone to one of us, knowing that the other couldn’t or wouldn’t accept what he offered. It usually meant the conservative “movement” didn’t get even half a loaf. The media reported on our “infighting,” while the Liberals chalked up another easy victory.

The federal Liberals have endured similar stretches of internal discontent, with similar results. In the early 2000s, Paul Martin Liberals were in open revolt against Chretien Liberals, and the inevitable result was a weakened Liberal Party, a short-lived minority government, followed by a miserable time of leader-led-mediocrity (the worst kind of political oxymoron). Things may have continued that way forever, except the party finally decided to rally behind Justin Trudeau in the last election. That unity (plus a series of unfortunate events) resulted in a change of government.

There are only a couple of seminal events in the cycle of shenanigans that make up our political system. An election is obviously one of them, but choosing a new party leader is the other. Scott Gilmore may think that the candidates who are garnering the most headlines at the moment aren’t his cup of tea, but he can still use his resources and influence to rally around another. That’s what I’m doing. My preferred candidate may just win, and as long as he and his campaign team conduct themselves with some class and consistency, building bridges instead of burning them, then participating in the leadership campaign is, at this moment, the highest and best use of my political time and effort.

The Liberals say they’re not shaking in their boots at the prospect of the Conservatives’ new leader, but majority governments are generally pretty satisfied with themselves regardless, which is why they don’t last forever. But the one thing they know will guarantee another Liberal majority is a divided conservative movement—which is why throwing the entire party into the dumpster before a new leader has even been elected looks like a mushroom cloud waiting to happen.

Hon. Chuck Strahl was a member of Parliament from 1993 to 2011 for the Reform Party, the Canadian Alliance, and the Conservative Party of Canada. He is currently the national chair of Andrew Scheer’s Conservative leadership campaign.