Why a legal toking age of 21 would be hypocritical

If political leaders are really worried about the development of young brains, they'll bump up the drinking age, too 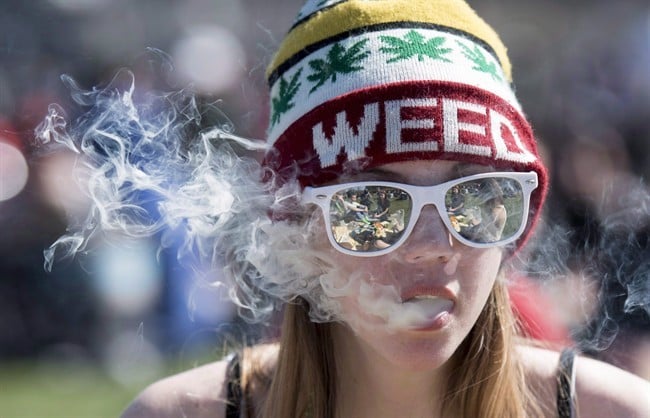 It’s a disturbing thought that doctors and public health advocates have planted in politicians’ fully developed brains—that regular marijuana use by people under 25 has particular harms because, until that age, humans’ prefontral cortex is still maturing. Citing this, the Canadian Medical Association led the way in calling for a legal cannabis-consumption age of 21. But the federal government and its task force rebuffed the advice and recommended the minimum age of 18, with room left for provinces that want a higher limit—at their respective drinking ages or beyond.

Several provinces have launched consultations on the legal toking, and politicians appear either concerned or fully persuaded by the public health warnings: Prince Edward Island’s health minister has suggested the legal age match or exceed the province’s drinking age of 19; when the Quebec psychiatrists’ association recently urged setting the bar at 21 (above the province’s current legal drinking age of 18), and to “listen to science to protect future generations,” the provincial social services minister declined to comment. Calgary Mayor Naheed Nenshi has called on Alberta to keep pot illegal for anyone under 21. “Twenty-five is probably excessive,” he conceded to reporters earlier this month.

While there has been no clear signal from any province or territory that it’s going to set the marijuana age above the legal drinking age, governments throughout Canada are actively entertaining this idea ahead of Ottawa’s legalization target date of July 1, 2018. They’re doing so in the name of health of Canada’s young, of course, and of the developing brain—a terrible thing to waste. If that’s the case, provincial policymakers are ignoring at least half the problem.

To be consistent, say experts, they should look beyond the intoxicant to be legalized in 2018 and consider the one that’s been legal since Prohibition ended in most provinces in the 1920s: it is, if anything, more dangerous than cannabis to teens and early 20-somethings.

“If you argue for 21, you have to argue for 21 for the other,” says Dr. Jurgen Rehm, who specializes in alcohol- and drug-related policy research at the Centre for Addiction and Mental Health (CAMH). “If you want to make a difference based on the research, it would mean that you tend to be more strict with alcohol than with marijuana.”

Cannabis hazards for the developing-brain crowd include attention, memory and processing speed, studies have found. Ditto for alcohol, science has long shown, and there’s a greater hazard for booze, Rehm says, because of the usage patterns. It’s binge-drinking sessions and daily or weekly pot use that cause the most risk of brain degeneration in adolescents, and the bad drinking habits “by far are worse for the brain than whatever we expect from marijuana after legalization.”

The dangers of youthful drinking are also clear in driving statistics. Dr. Russ Callaghan of the University of Northern British Columbia estimated that Quebec could prevent 583 police-reported car collisions a year by bumping the legal drinking age to 21, given the preponderance of impaired driving incidents among newly legal beer-imbibers. One of his recent studies tracked the link between legal drinking and crime: starting the week after a person turns legal drinking age in his or her province, data show a nine-per-cent rise in violent-crime incidents compared to immediately before their birthdays, along with a 7.7-per-cent increase in all crime. Given pot’s famously mellowing effect, it’s hard to imagine an analogous form of reefer madness.

“Many people feel that drinking age laws are out of date, they’re leftovers and vestiges of a different era, and they don’t actually have an impact, Callaghan says, “but that’s not at all the case.”

Last month, Lithuania’s government decided to raise its legal drinking age to 20 from 18, in hopes of slashing one of the world’s highest alcohol usage rates–one that is 80-percent higher than Canada’s, which is already on the high side globally, according to the World Health Organization.

There have been, over the years, repeated public health pleas in provinces for higher legal drinking ages. When the CMA last year called for a Canada-wide cannabis age of 21, it went unnoticed that a parallel demand for the drinking age has been quietly on the doctor group’s policy list since 1984, when the Reagan administration effectively set that age as the minimum in every U.S. state.

In a 2013 report on alcohol abuse reduction policies, CAMH and other agencies set 21 as the Canadian ideal, hoping at least Quebec, Manitoba and Alberta would bump their limits to 19 instead of 18. Rather than provoking serious debate about health issues, it provoked this summation from the Sarnia Observer: “It’s every 18-year-old’s worst nightmare…”

Provinces lowered their drinking ages from early 20s to the teens in the 1970s, and nobody has shifted the bar for bar-going since 1987, when Prince Edward Island bumped its own up a year, to 19. Various motions and arguments for higher drinking ages reach premiers’ desks from time to time, and normally get brushed away: “If you’re going to rely on the law to ensure that your kids aren’t drinking underage, then you don’t have a good understanding of human nature,” Ontario’s Dalton McGuinty said in 2008.

Though politicians seem more open to calls for higher age limits for marijuana, they’ve been forced to move cautiously. The main thing holding them back is fear that setting the level too high would undercut Canada’s efforts to slash black-market purchasing, as people aged 18 to 24 are the biggest users of weed.

RELATED: A Canadian pot firm goes all in on ‘Colombian gold’

The consistency argument ought to come in on both sides of the cannabis age debate: if public health is the primary consideration, the drinking age should rise or stay the same in tandem, and shouldn’t lag. If libertarian or practical principles lead the way, they should be applied equally to the legal intoxicant and the soon-to-be-legal one.

Rehm suggests that some public health advocates may hold out hope that if provinces set 21 as the marijuana age, they’ll follow suit later with similarly hazardous liquor. Or they may be politically opportunistic, or pragmatic: “They would like to change the alcohol age as well, but they know there’s no chance,” he says. If political leaders, however, are persuaded by the health rationale for keeping pot out of young hands while laughing off the same arguments for booze, then their thinking isn’t fully developed, either.