Why are Canadian politicians still fighting about same-sex marriage? 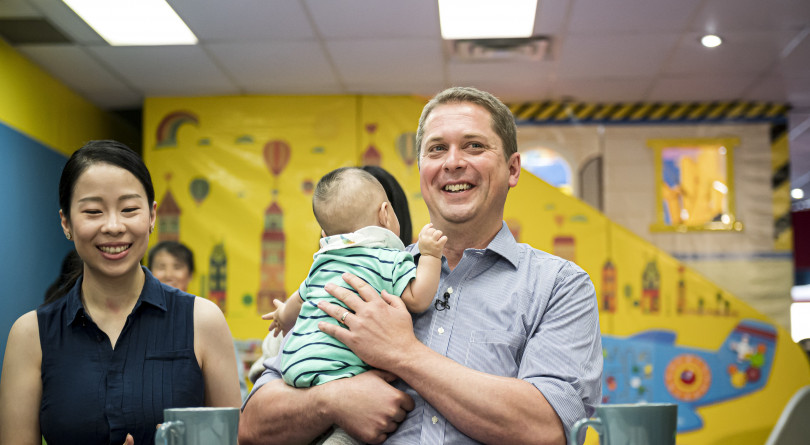 Yesterday’s big visitor to Ottawa was U.S. Secretary of State Mike Pompeo, who dutifully reiterated his big cross-border priorities—the ones he’ll say in front of reporters, that is. Pompeo name-checked the trade deal he calls USMCA (and Canada calls CUSMA), and then emphasized his country’s “diligent” work to get China to release two detained Canadians. Pompeo confirmed Donald Trump mentioned the case specifically in talks with Chinese president Xi Jinping (a detail that was, for a time, unconfirmed). [CBC News]

China, for its part, is not backing down. A spokesman for the foreign ministry, Geng Shuang, yesterday blamed Canadians entirely for the months-old diplomatic row, and pooh-poohed the notion of speaking once more, with feeling. “Loudness is not necessarily persuasive and people can tell right from wrong,” he said. [Geng’s full transcript]

Prime Minister Justin Trudeau’s website—pm.gc.ca—appeared non-functional for much of yesterday. We asked his office to confirm the outage, and comment on its cause, but we didn’t hear back before this newsletter was published this morning.

Out with a whimper: Three pollsters did polling this week on the impact of the ethics commissioner’s report into the SNC-Lavalin affair. They nearly universally concluded the issue won’t move many votes. As Philippe J. Fournier writes in Maclean’s, the race is as deadlocked as ever. [Maclean’s]

Sorry-not-sorry: Aaron Wherry, formerly of Maclean’s and now ensconced at CBC News, has a new book on the Trudeau era, Promise and Peril. Of late, certain Ottawa reporters have squeezed the book for mini-scoops. Today it’s the Toronto Star‘s Susan Delacourt, who re-reports that Trudeau and Jody Wilson-Raybould experimented with a joint statement post-Globe scoop earlier this year. Alas, they never found Common Ground. [Toronto Star]

Buried deep in Delacourt’s dispatch was a snapshot of SNC affair chaos in which Labour Minister Patty Hajdu “warned” Public Safety Minister Ralph Goodale that “his name was being floated as interim prime minister in case Trudeau had to step aside.”

What’s a lazy August afternoon in the pre-writ period without a tiring Twitter spat between a cabinet minister and his rival Conservatives? The aforementioned Goodale tweeted a 2005 video of Tory leader Andrew Scheer opposing same-sex marriage. The Tories replied with an email missive that listed a dozen current Liberal MPs, including Goodale, who once also opposed marriage equality. Scheer, for the record, no longer opposes same-sex marriage but still won’t march in Pride parades. [Goodale’s tweet]

Speaking of fights: Unifor boss Jerry Dias is spoiling for one with Scheer on the campaign trail. In an interview with Maclean’s writer Nick Taylor-Vaisey, the union leader said his goal is to support anyone who can beat a Conservative this fall—and Unifor will spend as much as it can in the process. Bonus for journalists: Dias flatly denied that reporters he represents can be bought by the union that represents them. “That is such bulls–t.” Jerry Dias, always candid. [Maclean’s]

That’s that: NDP leader Jagmeet Singh was definitive yesterday. If Scheer is elected in October with a minority mandate, the NDP won’t prop up the Tories. [CTV News]

Did you think politicians accepting envelopes stuffed with cash to boost their campaigns was a thing of hokey political dramas, and certainly not something that happened in Alberta last year? You, according to documents CBC News obtained, were wrong. [CBC News]

In case you missed it, political journalist Stephen Maher—an award winner who has written volumes about vote-rich ridings and political fundraising over the years—spun a yarn about a different kind of bounty; namely, imaginary treasure buried/not buried beneath an island off Nova Scotia’s south shore. Hoax Island: get your tickets now! [Maclean’s]