Why didn't SNC-Lavalin grab a chance to make its best case? 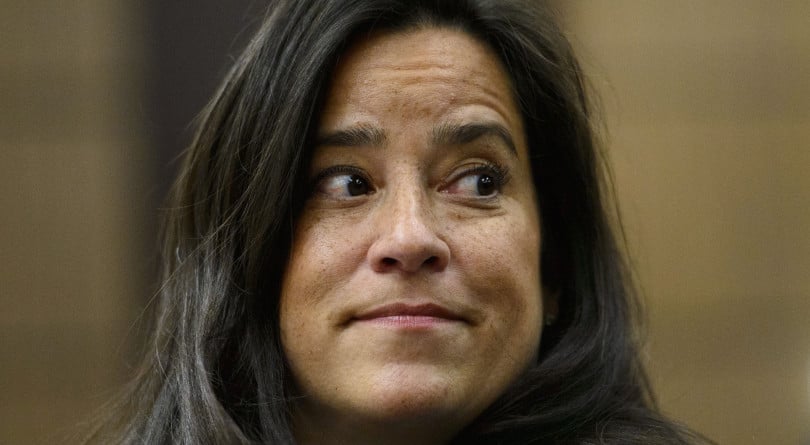 Wilson-Raybould offered to pass on a letter from the company to the director of public prosecutions, but it never came (Sean Kilpatrick/CP)

It’s hard to imagine anyone shrugging off today’s finding from the federal Conflict of Interest and Ethics Commissioner that Prime Minister Justin Trudeau violated the Conflict of Interest Act by trying to improperly influence then-justice minister Jody Wilson-Raybould to give SNC-Lavalin a way to avoid a damaging bribery trial.

But there will be those, count on it, who argue that the practical way to look at this affair—no matter what ethical lines were crossed—boils down to jobs are jobs. And, inadequate though that purportedly no-nonsense posture is, there’s something to it. If the troubled Montréal engineering giant was denied a fair chance to advance the public-interest case for giving it a legal break, that would be troubling.

So an interesting way to read Ethics Commissioner Mario Dion’s exhaustive report is with an eye to sorting out what openings SNC-Lavalin was offered to put forward those arguments. It seems, very curiously, that SNC-Lavalin declined to take the most obvious available route to getting those points about job losses on the desk of the individual whose opinion might have mattered most.

That would have been Kathleen Roussel, the independent federal Director of Public Prosecutions, who set this saga in motion early last fall by deciding not to grant SNC-Lavalin what’s called a “remediation agreement,” a sort of out-of-court deal that would have halted criminal prosecution of the company. In turn, Wilson-Raybould, in her role as attorney general, opted against taking the unprecedented step of ordering Roussel to reverse her decision.

For several months after that, Wilson-Raybould and her staff fended off pressure from Trudeau and his officials to rethink her position. She wasn’t entirely intransigent, though. According to Dion’s report, Wilson-Raybould told then-privy council clerk Michael Wernick, the top bureaucrat, in a key meeting last Sept. 19, that SNC-Lavalin should “write her a letter setting out their public interest arguments, which she could in turn submit to the Director of Public Prosecutions.”

Worth a shot, you’d think. Indeed, a letter of that sort might have been of interest well beyond the DPP’s office. For instance, Finance Minister Bill Morneau was actively in SNC-Lavalin’s corner, and clashed with Wilson-Raybould on the matter. However, as Dion notes, Morneau admitted his department hadn’t actually undertaken a study of the economic impacts of the DPP’s decision.

According to Dion’s report, SNC-Lavalin representatives met with senior officials in Finance and the Privy Council Office, the pinnacle of the federal public service, from mid-September to early October to “discuss submitting to the Prosecution Service public-interest considerations in support of a remediation agreement.”

On Oct. 11, a day after SNC-Lavalin publicly disclosed that Roussel had turned them down, the company sent the Prime Minister’s Office a document entitled “SNC: Thanks for Nothing, DPPSC” (meaning the Director of the Public Prosecution Service of Canada). Among other things, under its pithy title, that “research piece” noted that SNC‑Lavalin shares fell 14 per cent after the previous day’s disclosure of bad news on the bribery case.

Into late November, Wilson-Raybould hadn’t discarded the possibility of SNC-Lavalin sending that letter through her to Roussel. Dion has Mathieu Bouchard, a senior advisor to Trudeau, testifying that Wilson-Raybould suggested in a meeting that “the company write her a letter setting out their public-interest concerns, which she could provide to the Director of Public Prosecutions.” Dion reports Bouchard said he later “informed an SNC-Lavalin representative that the Attorney General would not intervene in the matter, but could receive a letter from the company and pass it on to” Roussel.

The point pops up one final time in Dion’s report when he summarizes Wilson-Raybould’s dinner meeting at the Chateau Laurier last Dec. 5 with Gerald Butts, Trudeau’s closest confidante and then-principal secretary. “She told Mr. Butts,” the report notes, “that she had given the Clerk of the Privy Council the only appropriate solution a few months prior, which was that the company write her a letter that she would forward to the Director of Public Prosecutions, an idea that was not taken up by the company.”

Why not? Dion’s report will, admittedly, prompt bigger ethical and political questions. But if you take seriously the argument that potential job losses at SNC-Lavalin justified intense, top-level political attention to this file, then the mystery of why the company didn’t jump to accept Wilson-Raybould’s offer is a nagging one. It’s possible SNC-Lavalin believed Roussel would already have weighed the broader economic implications of the company’s plight in the course of analyzing the criminal case against it.

Still, Trudeau’s team was arguing last fall that there was a disconnect between the legal perspective of the DPP and the economic reality of SNC-Lavalin. Maybe presenting the company’s best case to Roussel—even in the notable context of the justice minister herself acting as the go-between—wouldn’t have made any difference. To not even try, though, raises the suspicion that SNC-Lavalin had more faith in its political leverage than in the persuasive power of any public-interest arguments it might have put on paper.