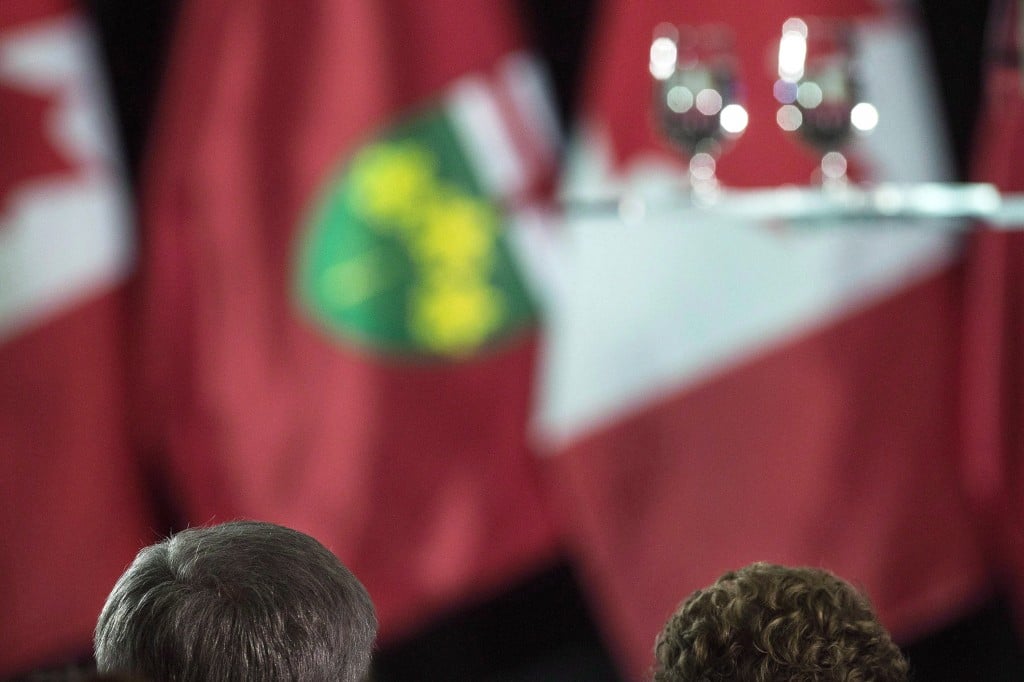 The “readout” is a term of art, one I’ve actually only learned in the past couple of years, for a summary of a conversation between two political leaders. It’s usually perfunctory, often designed to obscure as much as it reveals. The readout supplied by the Ontario premier’s office after Kathleen Wynne’s meeting with Stephen Harper is athletically happy-happy. Deleting the details actually clarifies the tone. I’m not making this excerpt up. Everyone make friends!

But what’s striking is that though the PMO sent out no readout that I’ve received, it did publish a photo of the blessed event. And it’s also a flattering pic of both of them.

I wrote a few weeks ago about Wynne’s theatrical perplexity at the long delay Harper imposed on a meeting after her re-election, and again soon after about Harper’s long fascination with Ontario politics and frustration with several of its premiers, especially (but not only!) Liberals. But when I wrote, at the end of the first piece, that “a reasonable prime minister would sit down with the premier of Ontario,” I meant it. I meant that my advice to this prime minister, who is very good at doing what a reasonable person does, would be to meet her, however fussed he may be at her insistence on being political while on the job as a politician. And I expected that at some point he would meet her.

Twitter and the comment boards, of course, are full of full-time pro bono advocates for the Prime Minister (and legions of more or less equally tiresome Harper-haters). Team Harper was quick to explain that he would never meet with her because, well, she wouldn’t meet with Rob Ford, or she said he smirked, or that in some other way she “had it coming.” So we’re left, once again, with the spectacle of a prime minister who’s less predictable than his amen corner.

That’s not quite a million Ontario voters who didn’t vote for Hudak, but whom Harper needs to vote for him if he’s to hold his majority. That’s what political moderation looks like. Harper needs the votes of a hell of a lot of Ontarians who basically have no problem with Kathleen Wynne. Realizing that, and acting on it, is an election-year instinct. It’s the same instinct that made him campaign with old Bill Davis in 2006 after excoriating the former Red Tory premier in print. It’s the instinct that has his PMO send out photos of Harper with Jean Chrétien and Harper with Barack Obama every time the PM nears those men. His base can’t stand Chrétien, Obama or Wynne. He needs more than his base. On Monday, he came back from vacation and sucked it up.