Why Scheer values unity, and Bernier plays the loner 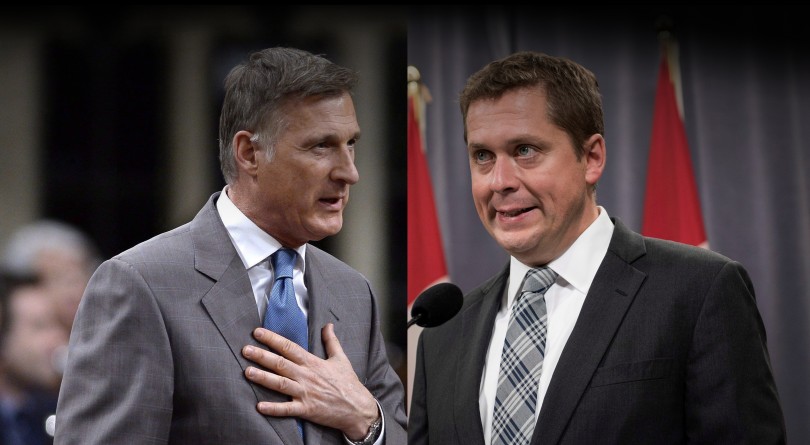 This wasn’t like that. Rather than complementing each other, they seemed to throw each other’s shortcomings into sharper relief. Scheer can appear drably cautious beside Bernier’s bold risk-taking. Or is it that Bernier looks pointlessly reckless beside Scheer’s sensible strategizing? Maybe a bit of both. Scheer said Bernier “put himself first.” Bernier said Scheer polls and focus-groups to the point where he delivers only “a bunch of platitudes that don’t offend anybody.”

Rather than dwell on their mildly entertaining expressions of mutual disdain, it might be more illuminating to take a look at very different political paths that brought them to splitsville. In a sense, each is merely acting in a way that experience taught him. One thrived, to a surprising degree, as a maverick in a federal political culture that often values adhering to rules above all else. The other internalized early lessons in the need for discipline to avoid the dangers of schism.

Scheer first came to work on Parliament Hill for Preston Manning’s Reform party part-time as a student in the late 1990s. This was after Manning, having concluded that a divided right would always lose to the Liberals, launched his bid to bring Reformers and Progressive Conservatives back together, and Scheer worked on what Manning called the United Alternative. This process hatched the Canadian Alliance, which eventually merged with the old Progressive Conservatives, forming today’s Conservative Party of Canada.

This formative experience instilled a deep fear of internal divisions that comes through often in Scheer’s public statements. At his news conference today, for instance, he was asked if he feared other Tory MPs would follow Bernier out the door. He said “No,” and offered this explanation: “I believe that members of our caucus who put the team first, who put the priority on being able to implement the policies that we believe in—the principles that we believe in—recognize that we are succeeding.”

Bernier hasn’t needed to be much of a team player in order to succeed, at least by some measures. He seemed destined for obscurity when he had to resign as Stephen Harper’s foreign minister in 2008, after he left confidential briefing papers at the home of his former girlfriend. Recasting himself as a freewheeling backbencher, though, Bernier openly called for spending cuts as Harper’s government racked up big deficits. He even proposed an end to federal health transfers to the provinces. He was a one-man respite from the obsessive message-discipline of the Harper era, and was rewarded with considerable popularity.

But not quite enough. Remember, he lost the leadership race last year. And the winner remains imprinted by those lessons he learned as a political apprentice during the Canadian right’s grinding slog back from disunity back to unity, with all the compromises that entailed and the caution it instilled. And Scheer has surrounded himself by like-minded MPs and strategists.

For example, he chose B.C. MP Mark Strahl as his chief whip, a role that gives him considerable responsibility for cohesion among Conservative MPs. Mark Strahl is the son of former longtime MP Chuck Strahl, who chaired Scheer’s leadership campaign, and happened to be one of the first insiders who told me that intense concern for unity, abiding caution about not offending any faction in the party, defined Scheer’s approach.

And Chuck Strahl, as it happens, wrote a public letter of advice to his son, back when Mark Strahl was first elected to Parliament in 2011. The veteran warned his kid about the inevitability of fractiousness within the party. “Almost always,” he wrote, “charting the path forward during those moments means convincing others—or being convinced—that the team needs to ‘speak with one voice’.”