Electoral reforms are coming. Two staffers who worked for Stephen Harper examine how to build a centre-right coalition that would thrive under any system. 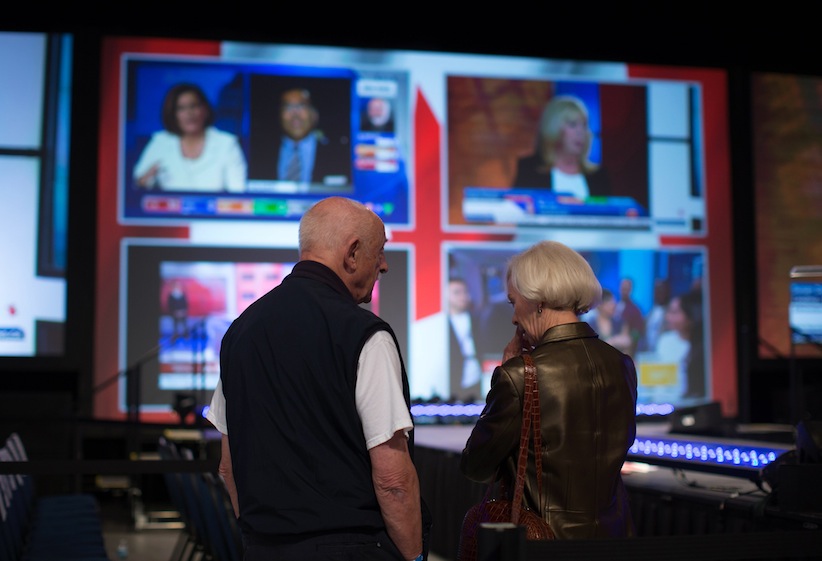 Prime Minister Justin Trudeau promised to make 2015 the last federal election under first-past-the-post. Canada’s centre-right has two options in responding: fight the reforms, or fight to build a political movement that is successful regardless of the reforms.

A principled approach to challenging electoral reforms is important, but a greater proportion of the centre-right’s energies must be directed to the latter struggle: building a larger voter coalition capable of winning under any system.

In June 2015, the Liberals released the now ubiquitous commitment to existential electoral change. The detailed pledge is to convene an all-party committee to study reforms, including ranked ballots, proportional representation, mandatory voting, and online voting. It came with a promise of new reform legislation no later than April 2016.

Rather than prioritizing scarce resources over the next 18 months towards fighting against electoral reform, the centre-right should fight for certain principles: preserving the fundamental tenets of our Westminster system of government; maintaining the opportunity for regular centre-right majority governments; and ensuring any reforms have legitimacy through a national plebiscite.

A spirited and thoughtful defence of principle should prevent any egregious gerrymandering or attempts to make fundamental reforms without approval though a referendum. The recent plebiscites on electoral reform proposals in British Columbia, Ontario and Prince Edward Island now demand that any reform be given popular approval. This is an evolving Canadian constitutional norm, and possibly now an unwritten constitutional requirement. Any attempt by the Liberal government to change the rules of the game without giving a voice to the electorate should be vigorously opposed.

Perhaps the most ominous reform proposal for the centre-right is mandatory voting. Mandatory voting has a certain motherhood appeal. What reasonable person is anti-voting? Well, civil libertarians and the millions of Canadians who quadrennially abstain from the tastes of the political class. Nonetheless, it may be hard to mount a vigorous campaign against mandatory voting.

If mandatory voting or other electoral reforms are reasonably foreseeable by 2019, Canada’s centre-right coalition should begin preparing now to win under the new rules. The centre-right lacks a 50 per cent +1 voter coalition, but it does have one major advantage: a single political vehicle. The centre-left is divided across four disparate federal political parties. Former prime minister Stephen Harper endowed Canada with a single, united centre-right party.

A single party is key to centre-right victories at the provincial level. Centre-right parties govern in only two provinces: British Columbia (Liberal Party) and Saskatchewan (Saskatchewan Party). Those centre-right governments are politically successful because they are true centre-right coalitions. In both provinces the historically rightist and centrist political elements coalesced into a solid majority coalition.

As the federal and Ontario Liberals continue to chart further to the left, the success of centre-right coalitions in Saskatchewan and BC should be the model for building a big national political coalition.

Building a political coalition that can succeed under any electoral system (including proportional representation) begins with raising expectations. The centre-left is not satisfied targeting 40 per cent of the electorate. Collectively, the NDP, Greens, Bloc and progressive Liberals are chasing 70 per cent of the electorate. The centre-right should be equally ambitious. The 74 per cent of Torontonians who voted for centre-right candidates in the 2014 mayoral election (John Tory, Doug Ford) demonstrates what is possible.

The immediate goal of the centre-right must be to occupy a much bigger span of Canada’s political spectrum. Moving towards a 50 per cent +1 coalition will require multiple strategies. It is not a false choice between finding more base voters or broadening the brand. It is both of these strategies, plus educating voters, adopting available technologies, empowering the grassroots, and other complimentary initiatives.

If October 19 was the last federal election under the only system the country has ever known, Canada’s centre-right needs to begin now to build the big coalition that will succeed in 2019.