Why the Navy's woes are much like our own

Who hasn't dealt with budget cuts in tough times? 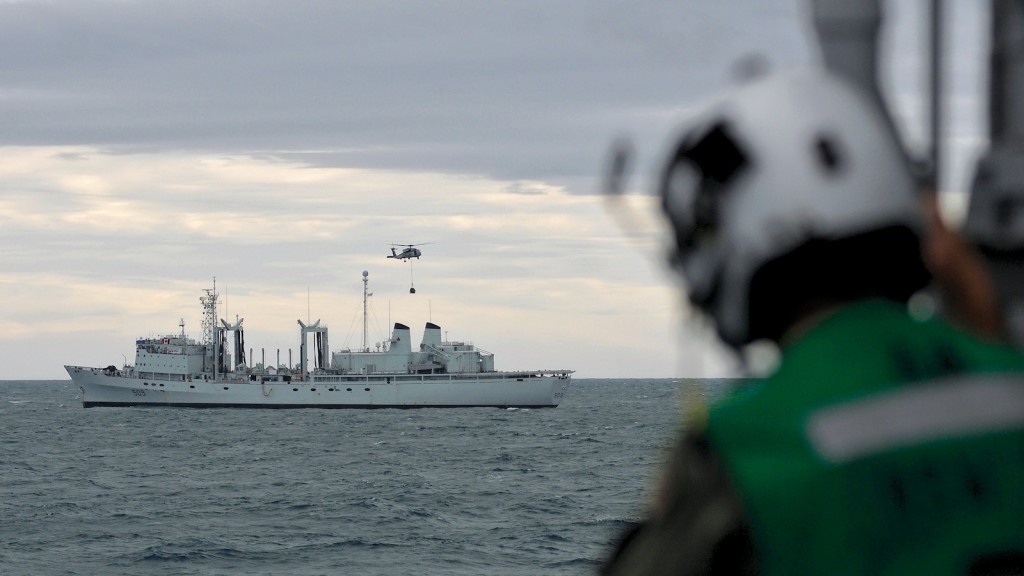 Talk to anyone who’s proud of the Royal Canadian Navy. Ask them about chronic underfunding. A typical response will downplay the effect of smaller budgets. Canadian governments always spend more on other priorities. The occasional bout of austerity is a fact of life, and none of that stops sailors from doing their jobs, they’ll say. When the order comes down, sailors execute, no matter what. That’s the business.

This week, I wrote about the Navy’s laundry list. Tight budgets, spurred on by across-the-board federal austerity, have spawned other problems: less money for operations, which means fewer ships at sea; less money for maintenance, which means the Navy can’t patch the fleet’s oldest ships; and delayed procurement, which means there’s no replacing those aging ships. It all adds up to a handcuffed bunch of sailors. David Perry, a senior defence analyst at the Conference of Defence Associations Institute, told me that 2014 is “the absolute low point.” When new ships come, whenever that happens, a government could beef up the Navy’s wallet and put a bolstered fleet to sea. But those ships are a ways off.

Still, the Navy’s boosters remain unperturbed by a year-long spate of bad news that’s seen an American fishing trawler tear a hole in a frigate in British Columbia, a destroyer collide with a supply ship during manoeuvres, and the same supply ship catching fire off the coast of Hawaii. Jim Carruthers, a proud former sailor who’s now the national president of the Naval Association of Canada, dismissed the notion that the Navy’s woes are somehow unfair. When it comes to budgets, everyone pinches pennies. “You have to do that at home, don’t you?” he says. “You can rail against it, and you can complain, but my goodness.” He says Canada’s decades-old destroyers and supply ships—all of which were commissioned before 1975—may be old, but their survival demonstrates sailors’ competence. “We’ve been consistent leaders, and have delivered to the Canadian taxpayer ships that have lasted way longer than anybody else anywhere in the world,” says Carruthers. “We’ve continued to run them, and that’s why they’re so old. It’s a great success story.”

Carruthers and Paul Maddison, the retired vice-admiral who ran the Navy until last year and spoke to me for the story, justifiably point to good-news stories in the dockyards: The dozen Halifax-class frigates are in the middle of a billion-dollar refit that’s on time and on budget. The refurbished ships, as they roll out of dry docks, are some of the world’s finest. The four Victoria-class submarines purchased from the Brits are in good shape after years of work. Starting next week, five Canadian ships and four aircraft in Halifax will participate in an international exercise off the East Coast. That marks Canada’s fourth such exercise this year.

But there’s a limit to any navy’s capabilities when its oldest ships start to show their age. I asked Maddison about rumours that HMCS Iroquois, a destroyer on the East Coast that sought refuge in Boston last February, was so badly damaged it was unsafe to sail back to Halifax. The ship eventually made the trip and is now sitting unused. “It is not conceivable that the technical authorities would ever allow a Canadian warship to sail in peacetime knowing that somehow there is a grave danger that could lead to loss of ship or loss of life,” he told me.

The line between safe and unsafe is fine. Yesterday, the Canadian Press reported that Maddison warned the Department of National Defence about potentially unsafe electrical systems aboard HMCS Protecteur, a supply ship that caught fire Feb. 27 and was dead at sea off the coast of Hawaii. In a briefing note a year before the incident, Maddison warned of “a potentially dangerous and unsafe situation for the ship and crew.” That ship went out to sea, anyway. The Navy won’t talk about the source of that fire, and it’s unclear if Maddison’s warnings went ignored. But that note is emblematic of the tough calls the Navy is forced to make.

The feds promised new ships in 2011 with much fanfare. They’re meant to revitalize the fleet, but are years away from hitting the water. Our story quoted recent estimates that the first Arctic patrol ship, meant to patrol newly melted waters in the wake of climate change, will enter service in 2018. Same goes for the first joint support ship meant to replace Canada’s hobbled supply ships. The first surface combatant, a replacement for the destroyers and frigates, will be ready sometime in the middle of the next decade.

What we didn’t get into in the story were details from the government’s Defence Acquisition Guide, published last month. That document is a one-stop shop for all ongoing procurement, including naval purchases. It doesn’t offer any estimate of when the first new ships will be put to sea, but it does estimate the year when shipyards will deliver the last ship in each class. The last of the six to eight Arctic patrol vessels scheduled for construction is set for delivery as late as 2025. The last of two new supply ships is on pace for 2020. The last of the 15 surface combatants—a number some analysts say will come down—is scheduled for 2035, at the earliest. And that’s if the government holds the line on current plans and budgets.

New ships are coming. But it’s a long game, and the good news on the other end is vastly outpaced by frustrating bad news and short-term budget woes—something every cash-strapped Canadian can understand, if on a vastly smaller scale.