Why the Tories must shake an association with climate skepticism

Conservatives were among the first to note climate change's dangers. Here's why it should be in their future, too. 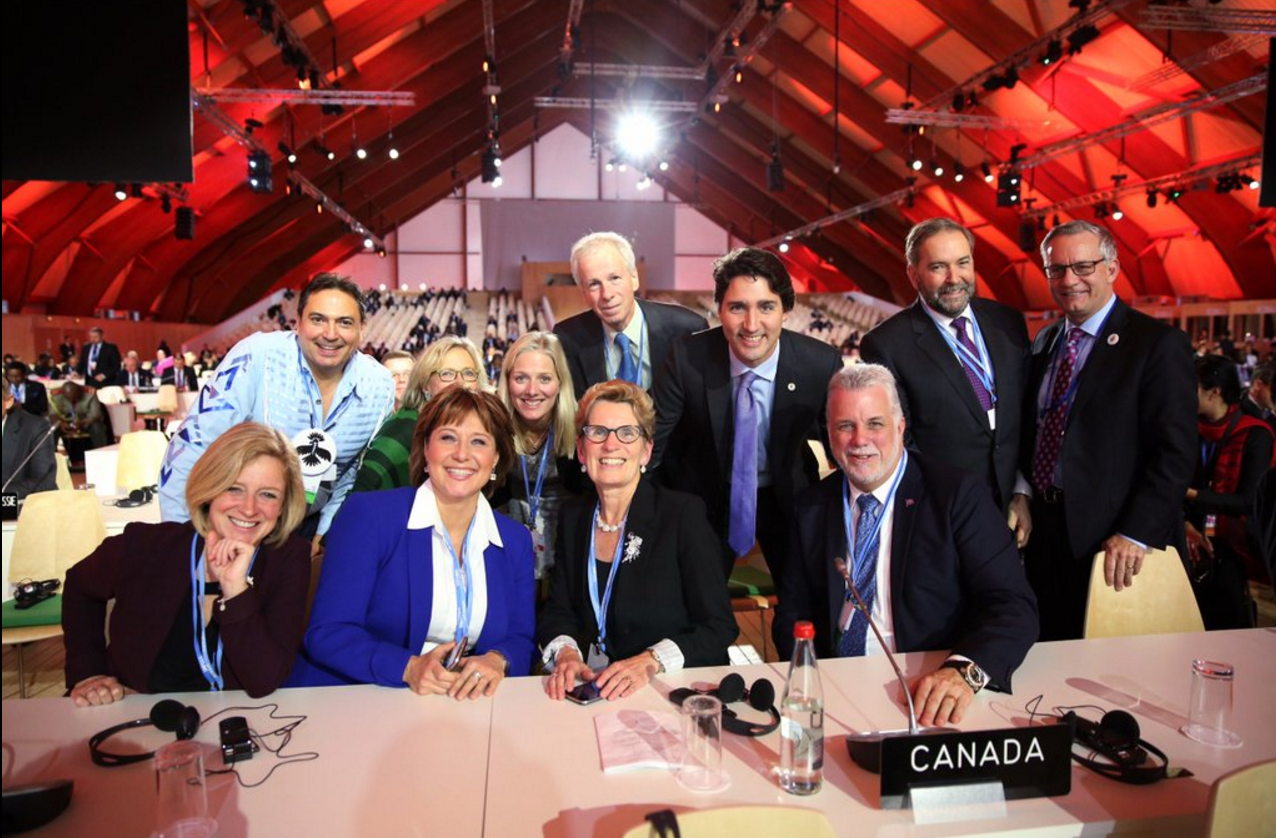 This post was written by Mark Cameron and Tom Chervinsky, the executive director and vice-president of operations, respectively, of Canadians for Clean Prosperity.

This year’s Paris climate conference has been far more successful in moving toward a substantive global agreement than most if not all of the previous rounds, from Kyoto to Copenhagen. One of the reasons for this success is that governments of all political stripes are playing a key role in the discussions.

In Canada and the United States, support for climate action is usually associated with left-wing ideology, while the right is often associated with climate skepticism and resistance to change. But this has not always been the case, nor does it reflect reality across the global political landscape. Let’s not forget that Margaret Thatcher, a trained scientist, was one of the first world leaders to warn about global warming, and that George H.W. Bush was one of the architects of the International Framework Convention on Climate Change at the Rio Earth Summit. Conservative free-market economists from Arthur Laffer to Greg Mankiw have been among the strongest supporters of carbon pricing. And today, conservative governments like those in Germany and the U.K. both stand at the forefront of climate leadership.

German Chancellor Angela Merkel has been clear about the nature of the threat, saying, “climate change threatens both our security and our economic development.” Germany has been a leader in implementing renewable energy and in financing low-carbon investment in developing countries.”

Related: Our profile of Angela Merkel, the real leader of the free world

Similarly, U.K. Conservative Prime Minister David Cameron has been working to build long-term solutions to emissions, including bringing in a floor price on carbon. This February, before the U.K. elections, the leaders of the Conservative, Liberal Democratic, and Labour parties signed a joint agreement to seek a binding international climate deal, phase out coal-fired power, and to agree to binding national carbon budgets. This remarkable political consensus has largely removed climate change as a contentious issue in U.K. politics.

Even Australia, long seen as a climate laggard, is changing. Its new prime minister, Malcolm Turnbull, has said: “we know that the consequences of unchecked global warming would be catastrophic … We as a human species have a deep and abiding obligation to this planet and to the generations that will come after us.” Consistent with this change of tone, Australia is now signalling support for carbon markets and quietly turning its current climate change plan into a form of carbon pricing.

Canada, too, has seen climate leadership from conservatives. Brian Mulroney first signed on to the International Framework Convention of Climate Change in 1992, and it was British Columbia’s centre-right government that first introduced a price on carbon. B.C.’s example has clearly demonstrated that when implemented with sound economic principles—like using every dollar to lower taxes on businesses and families—a price on carbon and serious climate action can be paired with economic growth and real prosperity.

Of course, Canada has its climate skeptics and many of them identify as conservatives, but the conservative movement also includes luminaries like Preston Manning, Jean Charest, and David Frum, who have been clear about the need for market solutions to address this major threat to our economies and future prosperity. Indeed, in the last election, polling showed that a majority of Conservative voters thought Canada should take further measures to reduce greenhouse gas emissions.

As federal Conservatives think about renewing their party, and new conservative opposition leaders in Alberta and Ontario respond to the climate policies of their governments, Canadian conservatives should think about where they want to position themselves—with climate skepticism and intransigence, or with conservative leaders like Merkel, Cameron and Turnbull who are trying to provide economically sensible, market-oriented solutions to the challenge of climate change. A successful result in Paris, with the strong participation of conservative governments internationally, should make this choice a little clearer.