Will Justin Trudeau sit down for some midsummer parliamentary testimony?

Politics Insider for July 15: The opposition unites in its desire to question the PM, Trump has his own memory of a call with Trudeau and is Canada really so divided? 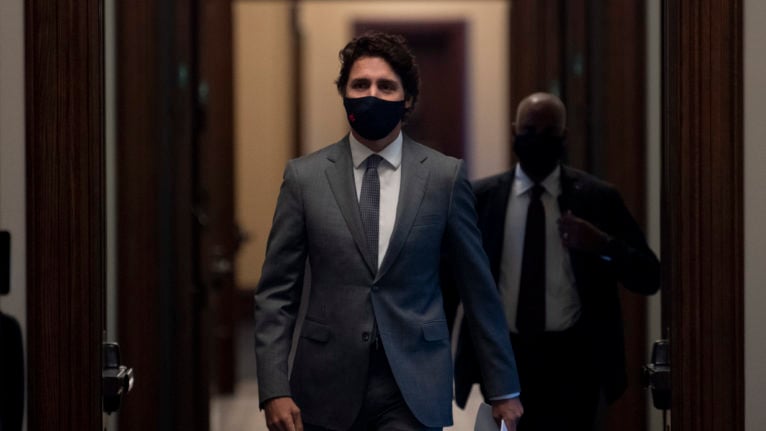 Prime Minister Justin Trudeau has managed to unite his opposition. The NDP and Bloc Québécois joined the Conservatives in demanding that Trudeau testify at a parliamentary committee on his involvement in any government machinations that handed a $912-million program to WE Charity. The opposition also wants the Liberals to deliver student-focused grants through the Canada Summer Jobs Program—which, unlike the bespoke Canada Student Service Grant delivered in a public-private partnership, already exists. As it stands, thousands of young people who need jobs are stuck in limbo.

The Senate finance committee dropped a new report that expressed concern about a “lack of accountability and transparency for government spending.” The senators argue it’s “time to return to traditional procedures for approval by Parliament of government spending,” instead of the modified approach that has restricted just how much the opposition can scrutinize Liberal spending. Among its 16 recommendations, the committee also called on Finance Minister Bill Morneau to deliver quarterly fiscal reports.

Yesterday, we noted that Canada’s official record of the latest Trudeau/Trump phone call made mention of Black Lives Matter and systemic racism. Lo and behold, the Trump side didn’t acknowledge that particular subject matter in its own readout. And the president, as we subtly predicted, described China’s conduct using more colourful adjectives—referring to its “deceptive and coercive behaviour”—than the cautious PM.

As the Conservative leadership race nears its eleventh hour, the party announced its ranks had reached 269,469 members—a record, they say, for memberships in a leadership race. But the internecine sniping barrels on. Yesterday, Erin O’Toole’s camp sent a letter to supporters in which he cited “reports” that rival Peter MacKay had “struck a secret deal” in exchange for the support of the party’s now-former deputy leader. The theory is the seatless MacKay would appoint Leona Alleslev as parliamentary leader in his absence. To rub it in, O’Toole refers to Alleslev primarily as a “former Trudeau MP.”

Who really is Erin O’Toole? In her latest profile of Tory leadership candidates, Marie-Danielle Smith digs into O’Toole—and starts at the beginning, when his teenage dreams involved mimicking Tom Cruise in Cold War dogfights.

You’re a 13-year-old boy when Top Gun comes out in 1986. A few years later, still a teenager, you walk into a recruitment centre and apply to be a fighter pilot. You make it to air crew selection. It’s three intensive days of tests and simulations. Now, here it comes: the moment you’ve been waiting for. You’ve been selected … as a navigator. “I walked into the recruiting centre thinking I was going to be Maverick. And not only was I not Maverick, I was Goose. And I was on an old, antiquated helicopter,” says Erin O’Toole. But, hey: “You learn more from your setbacks than from your successes,” he likes to say now.

ATIP of the day: Your newsletter correspondent was curious about a Canadian Transportation Agency briefing note, dated May 12, that asked for “a decision” on the resumption of dispute resolution with airlines (which had been paused during the pandemic’s earliest days). Unfortunately, the feds redact any information categorized as advice or recommendations to a government institution. As a result, this note tells us almost nothing.

The people who partnered on the poll also conclude that Canada is not the regionally divided country it’s made out to be. “Put 100 Albertans in a room with 100 Quebecers,” they write, “and you’d be shocked how many can find someone from the other province who agrees with them on big issues.”