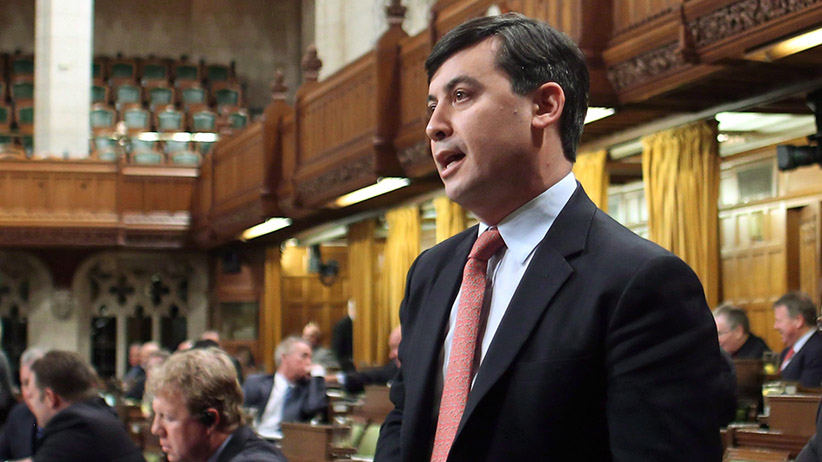 Imagine you are a shrewd right-wing political strategist, working for the Republicans in Washington or the Conservatives in Ottawa, and you are facing a set of deeply disturbing demographic facts.

Your voting base tends to skew white, male, older, and not very well educated. Your main rivals—Democrats in the U.S., Liberals in Canada—do much better among women and fast-growing ethnic minorities, younger voters and those with university degrees. Your regional strongholds are narrower than theirs.

So you are discouraged. But then a seemingly too-good-to-be-true solution materializes in the form of a potential leader.

He is, at 44, young, but not so young that party elders can’t take him seriously. He is the son of immigrants, and offers potential appeal to ethnic communities, but is so unabashedly patriotic that non-immigrants aren’t likely to feel threatened.

He offers at least a chance to draw in the fresh crop of conservatives you badly need to revive your fortunes, but he also talks with conviction of being rooted in tried-and-true conservative values and policies. He’s youthfully good-looking and a pretty fair speaker.

I’m thinking here of Ontario MP Michael Chong, born Nov. 22, 1971, who launched his bid for the Conservative Party of Canada leadership earlier this week, and Florida Sen. Marco Rubio, born May 28, 1971, who ended his run for the U.S. Republican presidential nomination back on March 15, when he admitted he no longer stood any chance of beating Donald Trump.

The parallels should have drawn comment back in late February, when Chong test drove his leadership pitch at the Manning Networking Conference, an annual get-together of the Canadian right in Ottawa. He stressed his family story, as the son of a Chinese immigrant father and a Dutch immigrant mother—a saga that might just resonate with immigrant voters, and their children, who abandoned the Tories in droves in last fall’s federal election for Justin Trudeau’s Liberals.

It happened that Chong spoke on the Manning conference stage in the same session as another possible Tory leadership aspirant, TV personality and businessman Kevin O’Leary. The blustery Dragons’ Den star was, inevitably, greeted as a sort of Canadian version of Trump, and O’Leary got most of the coverage that day. Chong’s surface similarities with Rubio, who was still in the thick of the Republican primaries at the time, weren’t much remarked upon. Yet they are striking.

Here’s Chong on the experience of his father, who came to Canada from Hong Kong in 1952, and went on, remarkably, to become a physician: “My father worked in logging camps and as a dishwasher in Chinese restaurants to pay his way through school. It wasn’t always easy in those early years…. My family’s Canadian story is also a Conservative story. It’s a story of hard work, of perseverance, of counting your pennies and investing in your children’s future.”

And here’s Rubio on his parents, who came to America from Cuba in 1956: “My father became a bartender. My mother a cashier, a maid and a Kmart stock clerk. They never made it big. But they were successful. Two immigrants with little money or education found stable jobs, owned a home, retired with security and gave all four of their children a life far better than their own.”

Beyond their family lore, Chong and Rubio both lean heavily on the familiar policy playbooks that solidified into conservative orthodoxy in the 1980s heydays of Ronald Reagan, Margaret Thatcher and Brian Mulroney. So Chong speaks of “balanced budgets, lower taxes and the efficient delivery of government services,” whereas Rubio talked during his failed reach for the Republican nomination of the need to “reform our tax code, reduce regulations, control spending.”

For a while there, Rubio was the darling of the Republican establishment. And no wonder. After being slaughtered by Barack Obama in the 2012 presidential election, the Republican National Committee produced a postmortem report called the “Growth and Opportunity Project.” Among other problems, it identified the party as too closely identified with rich white guys; seemingly unsympathetic to Hispanic voters; and out of touch with pop culture and youth.

Rubio gave them a fighting chance of addressing all these shortcomings (that’s why you liked him when you were imagining yourself a right-wing party insider with a problem). But all those Republican primary voters who so enjoy Trump’s unexpectedly powerful, disturbingly demagogic act, haven’t been thinking along those lines.

It’s far from clear who Chong will have to outrun in the long race to the Tory leadership finish line, set for May 27, 2017. Quebec MP Maxime Bernier, viewed as a libertarian, has entered, along with Ontario MP Kellie Leitch. There’s speculation about Alberta MP Jason Kenney, former Nova Scotia MP Peter MacKay, Ontario MP Tony Clement, and, just to keep things fun, O’Leary.

Until the field is finalized, Chong’s chances are impossible to assess. No matter who goes up against him, though, he will inevitably have to put to rest misgivings in the party’s Prairie stronghold, birthplace of the populist Reform party, that he represents a particular Ontario strain of suspiciously urban Progressive Conservatism.

So the point here is not that Chong represents the neatly packaged answer to all the Tories’ woes. But, as Rubio did for Republicans, his biography, and especially the way he’s decided to frankly use it to frame his campaign, brings those problems into much sharper focus.

The angry U.S. Republican rank-and-file just wasn’t interested in seriously pondering those shortcomings. The response of Canadian Conservatives to Chong’s candidacy will reveal a lot about their capacity for confronting their own weaknesses.