Will Syrian refugees pay their own airfare to get here?

If the government alters the rules for these 25,000 Syrian refugees, how will it tell the next refugee family from Ethiopia or Afghanistan to foot the bill? 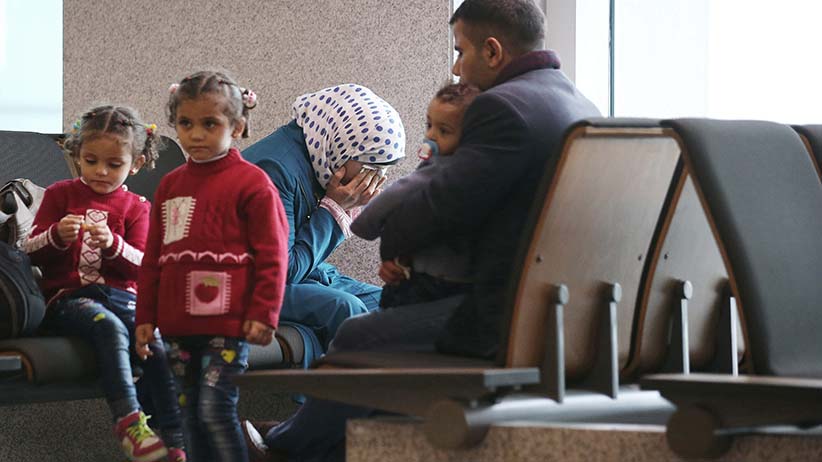 On Tuesday, the Trudeau Liberals will finally reveal their grand plan to welcome 25,000 Syrian refugees by the end of the year (40 days and counting, for those dutifully keeping track). Is that ample time to conduct all the proper security checks? How many flights per day will it take to meet the self-imposed deadline? Charter jets or military aircraft?

Here’s yet another question waiting for a response: Who will foot the bill for those many, many plane tickets—the feds or the refugees?

The answer may seem obvious. It’s not.

Every year, Canada resettles thousands of “government-assisted” refugees (GARs) from all over the world. Handpicked from millions by the United Nations refugee agency, they are among the one per cent whose cases have been deemed the most vulnerable (fatherless families, torture victims, the maimed and disabled). As the category implies, these refugees receive up to one year of government assistance when they land in Canada, including income support that mirrors provincial welfare rates.

But the airfare to get here, and the necessary travel documents? Ottawa doesn’t pay for that (nor the cost of mandatory medical exams conducted overseas). Instead, the government provides loans to cover those hefty expenses—and within 30 days of setting foot in Canada, a refugee is expected to start paying it back. In some cases, a family’s travel loan can exceed $10,000.

Although it may come as a surprise to many Canadians, the existence of such loans is nothing new (the Immigration Loans Program was created in 1951). Neither is the controversy that surrounds them. For years now, refugee advocates have urged Ottawa to scrap the loans and swallow the cost, arguing that the program places massive hardship on people already struggling so mightily. “It creates a huge burden on these people,” says Janet Dench, executive director of the Canadian Council for Refugees. “They are anxious about the debt, some people don’t have the means to pay it, so it adds enormous pressures and stresses on these families.”

The repayment rate is actually quite high; for every $100 it loans to refugees, the government receives $91 back. After one to three years, depending on the specifics of the case, interest does kick in—and although it’s a relatively low rate (1.38 per cent in 2015), Canada is the only country that charges interest on such loans. All told, the government doles out an estimated $15 million worth of immigration loans every year, and the overall outstanding balance is approximately $38 million spread over 21,000 accounts.

“It is a minuscule amount in a federal budget worth billions of dollars, and the new government should have the courage to say this has been an unfair policy,” says Judy Villeneuve, a city councillor in Surrey, B.C., which welcomes the highest percentage of the province’s government-assisted refugees. “As one of the wealthiest countries in the world, we should not be forcing refugees to pay for their travel.”

Which brings us to Tuesday’s pending announcement. At this point, it’s not clear what the breakdown will be between government-assisted and privately sponsored refugees. (In privately sponsored cases, some refugees do utilize the loans, while others have their travel costs covered by the sponsors.) It’s safe to assume, however, that the bulk of the 25,000 Syrians about to land in Canada will be GARs.

Will they pay their own way to get here, as such refugees typically must? Or will the government make a rare exception under these exceptional circumstances? “That’s a question we’d like to have the answer to,” Dench says. “I’ve wondered about it, but we haven’t been told.”

Amid so many other lingering logistics, the answer is anything but a no-brainer for the Liberals—even if you ignore the fact, which you can’t, that the budget for this mass exodus won’t be bottomless. (Reports have already pegged the total cost at nearly $1.2 billion). The decision to rescue 25,000 Syrian refugees has been sold to Canadians as a grand humanitarian gesture. The right thing to do. If the government now turns around and charges these refugees for their airfare, imagine the optics. But if the government does decide to absorb the cost, what kind of message does that send to the thousands of other refugees who have been brought here in recent years, still struggling to repay those travel loans? (Last year alone, more than 7,500 government-assisted refugees resettled in Canada.)

And what about all the non-Syrians who will continue to arrive—this year—under Canada’s resettlement stream? If the Liberals waive the airfare for these 25,000, how will Ottawa tell the next refugee family from Ethiopia or Afghanistan or Somalia that they must take out a loan?

“I’m hoping beyond hope that the government will understand that Syrian refugees, like all refugees, have nothing when they come here,” Villeneuve says. “To put that extra burden on them after all that they’ve been through, it’s immoral.”

Air Canada has already offered to transport some refugees, but it’s doubtful the company could airlift all 25,000.

Dench understands the system as well as anyone, and she won’t be surprised if the Trudeau government chooses to follow standard operating procedure: charge for plane tickets while providing the loans. Still, she hopes all the attention on Syria prompts Ottawa to finally replace the loans with grants. “The focus on Syrian refugees is a good opportunity for us to realize some of the things that need to be changed,” she says. “We don’t want these Syrians, any more than any other refugees, to arrive with that burden. From every possible perspective, you want to give people who arrive here a decent opportunity to make the best of their new life in Canada. Setting them off with a ball and chain around their legs is very poor policy.”

Maclean‘s asked the new Department of Immigration, Refugees and Citizenship who will be paying for the plane tickets. Like so much else about the Liberals’ ambitious plan, the response is still in the works. “Further details on this initiative will be forthcoming once plans have been finalized,” a spokeswoman said.